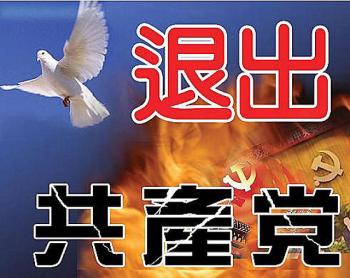 An Zhe
biggersmaller
Print
For the first thirty years of the Chinese Communist Party's (CCP's) rule, it maintained power through violence and lies. In the past thirty years, after it started implementing the policies of “reform and opening up” of the economy, the CCP has added a third dimension to its means of rule—seizing and controlling the entire nation's wealth.

During the first 30 years of its rule the CCP killed landowners, countrymen, and intellectuals and then launched the Cultural Revolution. It systematically destroyed traditional Chinese culture and beliefs in a quest to establish a Marxist-Leninist ideological regime. The CCP’s actions violated common sense and the ordinary ways of governing a country; following the inception of the Cultural Revolution the whole country was close to collapse.

To save its existence and continue to maintain dominance, the CCP started the policies of “reform and opening up.” These policies are only applied to the economy, without extending to politics and culture.

The Chinese economy has experienced rapid and significant increases, as the nation has evolved from a planned economy into a capitalist/socialist market economy. By 2009, China’s GDP ranked second worldwide. Only the United States has more wealthy people than China. Many Chinese families’ material lives have improved to varying degrees.

Then, has the CCP’s reform and opening up been successful? The average Chinese citizen has come to a dead end while the CCP is pleased—the policies have achieved the success the CCP wished for them.

Who has really benefited? The CCP’s officials, officials and their relatives, managers of stated-owned corporations, people who have a vested interest in the CCP (for instance, real estate developers), and elites (for instance, university professors and experts) have gained.

The vast majority of the Chinese people, including farmers, workers, lower-level intellectuals, unemployed university graduates, and other so-called weak groups in society, has become tougher and poorer. A true portrayal of the past 30 years of reform and opening up would be of officials and CCP cadres grabbing wealth away from the average Chinese.

Many state-owned corporations are listed on the "Fortune 500." The CCP utilizes the power in its hands to do whatever it wants. It sells land resources, education resources and medical care resources as commercial products, adding to another to many catastrophes faced by the Chinese people.

The CCP is the wealthiest party in the world, and CCP officials have become the richest group of people in the world. Should the CCP regime needs to do so, it can sell sunshine and air to the Chinese people.

Naïve politicians and businessmen in the West believed that as long as the CCP opened the doors, then Western capital, technology and way of life, once introduced into China, would produce a democratic Chinese society, and authoritarian rule would end.

Western nations' infusion of capital and ideas has made the CCP big and fat. The CCP has captured more than 1 billion Chinese people and made them its slaves, controlling a huge amount of wealth.

Western politicians can now see the CCP’s tricks, but can do nothing now. The CCP's domineering violence, lies, and control have not changed.

Today’s CCP is harder to deal with than at any period in history.

CCP controls people by rooting terror into their souls. If the majority of the people abandon the CCP in their hearts, walk away from the terror and from the control of the CCP's party culture, then the system will collapse within a short time.

Military actions and revolution are not options fo dealing with the CCP. Spreading the "Nine Commentaries on the Communist Party " and persuading the Chinese people to renounce the CCP are the way forward. Eighty million brave Chinese people have already renounced the CCP. Their doing so is a sign for China’s future, one without the CCP.