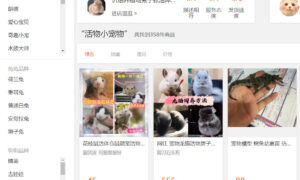 The "Color Revolutions" occurring in Central Asian countries has caused panic within the Chinese Communist Party (CCP). In late May, Hu Jintao, CCP General Secretary, issued an internal order to implement policies aimed at preventing the U.S. and Europe from starting Color Revolutions in regions surrounding China. The report, disseminated all the way down to the county-level, ordered strict controls over the media, strengthening of the monitoring and control of dissidents and civil rights advocates, and a complete review and closure of all companies printing dissident materials.

In late May, Hu Jintao issued a report at an internal conference entitled Fighting the People&#039s War Without Gunsmoke– Stop the U.S. and Europe From Starting a Color Revolution in Countries Surrounding China and Crush U.S. Attempts to Start a Color Revolution in China. This report was issued to all county-level governments in late May in the form of an official Central Committee document.

The report commented on and analyzed the Color Revolutions that have already occurred in central Asia as follows:

In 2003, the "Rose Revolution" occurred in Georgia. President Shevardnadze was forced to step down, as Shaakashvili, the opposition leader and previous Minister of Justice of Georgia, was elected President.

At the end of 2004, the "Orange Revolution" erupted in the Ukraine and opposition leader Yushchenko was elected the Ukraine President.

In March of this year, Kyrgyzstan suddenly had the "Lemon Revolution" and President Akayev was forced into exile overseas.

Except for the recent anti-government demonstration in Uzbekistan, which was suppressed after the killing of hundreds of people, other Color Revolutions are still brewing in the Commonwealth of Independent States (CIS) countries. The U.S. openly deployed military troops to countries surrounding the Caspian Sea to protect its oil tanker loading facility.

The above information from the report, along with supporting expert analysis, was presented in detail to the highest CCP decision-makers. This impending crisis caught Hu Jintao's attention so he is highly alert to any trends in China and its surrounding neighbors.

In the beginning of this year, the CCP's Central Committee issued the book How the Reagan Government Destroyed the Soviet Union to all cadre members. In early May, Robert Zoellick, U.S. Deputy Secretary of State, visited six countries in East Asia. In Vietnam, one of the countries he visited, two thousand political prisoners were released the day before Zoellick arrived. Zoellick discussed democracy and religious freedom with Vietnamese Premier Phan Van Khai, and officially invited the Vietnamese leader, on behalf of President Bush, to visit the U.S. in June.

Meetings between China's neighbors and the U.S. have put Chinese officials on high alert. The CCP Politburo discussed the Vietnamese situation for an entire evening. The political revolutions and the internal economic problems have made the Hu regime extremely nervous; however the recent sharp rise in petroleum prices was very alarming, especially after being advised by a special interest group that had ulterior motives. The special interest group reported to Hu Jintao that the current sharp rise in petroleum prices was orchestrated by the U.S., the world's Number 1 oil consumer, and was aimed directly at China; the action was compared to the lesson learned from Reagan's policy of intentionally depressing oil prices in the 80s to break down the Russian economy. On top of this, the U.S. assisted Indonesia, Singapore, and Malaysia to jointly form the Malacca Strait Security Center to stop piracy in their shipping lanes, which was also viewed as exerting international pressure on China and threatening the petroleum shipping lanes to China. A decision by the U.S. Congress to prevent China from buying UNOCC would spell further problems ahead.

While under this extreme pressure, and suspecting danger around every corner, Hu Jintao presented the Fighting the People's War Without Gunsmoke report to the internal conference. It was said that many of the CCP cadres who read the report exclaimed in surprise that the Mao Zedong era was back.

The report was composed of three sections. In the first part, Hu ordered strict media control and censorship, and the removal of those who did not follow the Central Committee's directives and propagated the liberalization of the capitalist class. However, the publication houses or newspapers were not to be shut down in order to conceal the internal political situation from the outside world.

In the second part, Hu instructed county governments to closely monitor those who promoted the liberalization of the capitalist class, those who promoted human rights, Falun Gong practitioners, and all non-governmental organizations (NGOs). The severity of the response to these groups was to be increased, and they were to be rapidly eliminated at the first sign of development. Specific orders were given to cut off any funding provided by political, economic, cultural, or scientific research foundations coming into the country from foreign sources that might support a Color Revolution.

In late June, the Xinhua News Agency published Hu's February 19 speech in full: "How to Enhance the Building of Socialism in Harmony with Society in the Provincial Departmental Main Leading Cadres' Special Topics Deliberation Class."

The Chinese Propaganda Department and the Central Administration of Press and Publication office held large-scale conferences to implement the contents of Hu's speech. The operations of fifty-four publishing houses were subsequently suspended.

After issuing Hu's speech, the Chinese Propaganda Department and the Central Administration of Press and Publication office gathered the chief executive officers of over 200 publication houses for a 10-day conference in Beijing in early June. The conference scrutinized, word for word, the three parts of Hu's speech. The fallout resulted in the closure of the fifty-four publication houses, including the Revolutionary Committee of Chinese Kuomintang's Unity Publishing House and the Ministry of Civil Affairs' Social Publishing House.