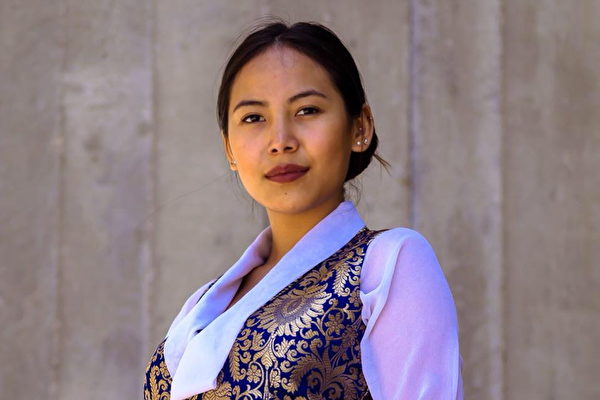 Chemi Lhamo, a Tibetan-Canadian who was recently bullied by Chinese international students after she was elected to become University of Toronto Scarborough's student union president. (Facebook)
Chinese Regime

The Chinese Communist Organizations Behind Recent Bullying on Canadian Campuses

Heng He
Heng He is a commentator on Sound of Hope Radio, China analyst on NTD's "Focus Talk," and a writer for The Epoch Times.
View profile
Follow
biggersmaller
Print

At the University of Toronto–Scarborough, Chemi Lhamo, a Tibetan-Canadian born in the Tibetan exile community in Dharamsala, India, received thousands of hateful messages from Chinese international students after she won an election to be the university’s student union president. Many Chinese students signed a joint petition that demanded Lhamo’s election be overturned.

The other incident took place at McMaster University in Ontario. Two student groups organized a seminar and invited Rukiye Turdush, a Uyghur activist, to give a speech. Rukiye talked about the concentration camps and human-rights crimes occurring in China’s Xinjiang region, but an angry Chinese student verbally abused him on the spot, using foul language. Some Chinese international students staged a protest after the seminar.

While there’s nothing wrong with protesting, what was abnormal was that these international students mentioned that when they were planning the protest, they had reported the incident to the Chinese consulate. In a joint statement condemning the seminar signed by the McMaster University Chinese Student and Scholar Association (CSSA) and four other student organizations, these students once again indicated that they had already reported the situation to the consulate general in Toronto.

Western media reported on these two incidents intensively. The media reports recognized that these incidents are the result of long-term brainwashing by the Chinese Communist regime, growing nationalist sentiment among Chinese, and the ideological infiltration of communist China. However, the mainstream media didn’t provide much clarification as to how these factors led to concrete actions.

There are approximately 12,000 students in total studying at the University of Toronto–Scarborough, and the petition to remove Lhamo has collected 11,000 signatures. Even if the number may include alumni in China and Chinese students at other universities, this number is still shocking.

Those who are familiar with Beijing’s workings would know that there must be a strict organization behind this campaign.

As these two incidents became the focus of attention in Western society, some people are concerned that all Chinese international students studying in Canada might be implicated. Should they all be treated as the same entity? Of course, they shouldn’t.

The vast majority of Chinese international students just want to study abroad and find a good job in the future. So who is it that put Chinese students in such an awkward situation?

CSSA plays a key role in the CCP’s mechanism for controlling and manipulating overseas Chinese students.

Take the protest at McMaster University as an example. The organizers made it clear that they had reported to the Chinese consulate about the Uyghur human-rights speech on campus and had received guidance from the consulate. This situation is similar to a 2017 incident at the University of California–San Diego (UCSD), in which Chinese students protested the school’s decision to invite Tibetan spiritual leader the Dalai Lama to give a commencement speech. The CSSA at UCSD reported the invitation to the Chinese consulate as well.

When Australian television program Four Corners interviewed the president of CSSA at the University of Sydney in 2017, the reporter asked her what she would do if Chinese students on campus participate in activities advocating for democracy in China. Without hesitation, the CSSA president replied that she would report them to the Chinese consulate. Obviously, the relationship between the Chinese consulate and CSSA goes far beyond a certain degree of impact or control; instead, there is a clear chain of command. Of course, a lot more evidence out there tells us that CSSAs participate in pro-Beijing activities such as welcoming Chinese leaders, under direct instruction from the Chinese consulate.

These activities often fall outside the scope of campus activities.

For the heads of various CSSA groups, they are actually very glad to receive this kind of attention from Chinese authorities. The fact that the Chinese consulate knows their names will make them feel overjoyed.

Students from China naturally become members of the CSSAs at their school. Although it is not mandatory, refusing to join requires some courage. When participating in various political activities organized by the CCP, most Chinese students are just following along with the group, some are even doing it against their own will—lest they become blacklisted by the CCP, or their family members in China be implicated if they refuse to comply with orders.

Those who are truly active in these activities are limited to the few CSSA leaders. The number of Chinese students showing support on the internet always far exceeds the actual participants in a protest. For example, in the uproar against the Dalai Lama’s UCSD speech, internet protests were intense, but there was no actual protest at the graduation ceremony when the Dalai Lama spoke.

Western governments should take action to support those Chinese students who are unwilling to work for the CCP, and impose some pressure on those unscrupulous student cadres who help the CCP to monitor and snitch on fellow Chinese students.

The current situation is that each CSSA is a student organization registered at a university and thus isn’t subject to the regulations typically required of foreign government organizations. These universities, on an individual level, don’t have the will or strength to counteract the Chinese communist regime. Therefore, it’s impractical to expect the universities to discipline the CSSA as an organization that implements the CCP’s orders in another country.

In view of the special nature of CSSAs, Western governments should require them to be registered as foreign agents, to reduce or eliminate their control of overseas Chinese students. When these students are relieved from the threat of the CCP, they may be more open to the ideals and values of free democratic countries. This also is beneficial for the freedom of speech and freedom of belief in universities.