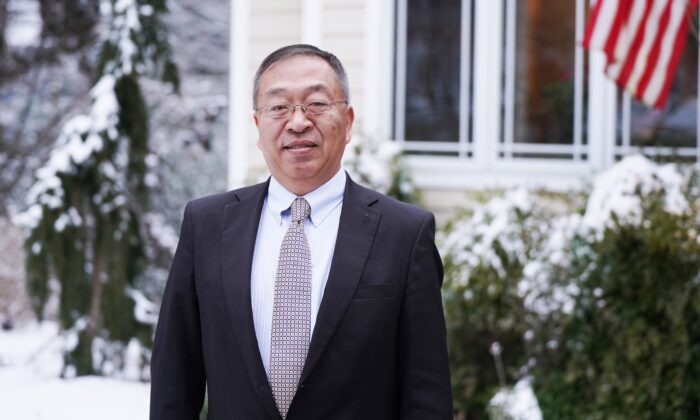 The China Threat Is a Moral Challenge to the World, Expert Says

The Chinese Communist Party (CCP) is aiming to export its totalitarian governance model to the rest of the world, and the best way to fend off the regime’s threats is by having a strong sense of moral clarity, according to Miles Yu, the China adviser to former Secretary of State Mike Pompeo.

“So the challenge that CCP poses to the world is not only a technological challenge, it’s not just an economic challenge, not merely a military challenge,” said Yu, during a recent interview with NTD, a sister media outlet of The Epoch Times.

“But more importantly, it’s a moral challenge. Because the moral nature of the communist rule is antithetical to all the major moral foundations of modern society.”

At the core of the CCP’s model of governance is denying the unalienable rights of individuals, which include freedom of religion and the freedom of worship, he said.

“That’s why they have to lock up the millions of Uyghurs into concentration camps, not just to physically torture them, but, most importantly, to brainwash them so that they will get rid of their religious belief.”

For the same reason, the Chinese regime is persecuting adherents of Falun Gong, Yu added.

Beijing is committing “genocide” and “crimes against humanity” against Uyghurs in China’s far-western Xinjiang region, the U.S. government declared in January. More than 1 million Uyghurs are in internments camps, where they are subjected to human rights abuses, including forced sterilization, forced abortion, rape, torture, forced labor, and the removal of children from their families.

The regime’s persecution against Falun Gong, a spiritual practice also known as Falun Dafa, began in 1999 and has continued to this day. According to the Falun Dafa Information Center, millions have been detained inside prisons, labor camps, and other facilities, with hundreds of thousands tortured while incarcerated.

For the first 10 months of this year, at least 101 Falun Gong adherents were persecuted to death, adding to the over 4,000 documented deaths as a result of the abuses.

So the China challenge is in a sense a moral challenge to the world, he said.

“If we want to counter the Chinese Communist Party, we must have our moral clarity to understand what is at stake, to face this challenge.”

A CCP-led global order would be very different from the free and democratic world that most people are familiar with. For one thing, Yu said that people would be “subjected to the will of the state.”

People would be required to study Xi Jinping Thought, a political doctrine formulated by the Chinese leader, as well as the CCP’s interpretation of history and understanding of individual rights, according to Yu.

In China, students need to study “Xi Jinping Thought,” beginning at elementary school. The doctrine was enshrined into China’s constitution in 2018.

“The greatest accomplishment of the Chinese Communist Party is that it enslaves 1.4 billion Chinese people. And yet they [CCP] try very hard to convince the Chinese people that they’re living a happy life,” Yu said.

In essence, Yu said the China challenge is “a matter of tyranny versus freedom,” and he expressed confidence in the United States overcoming such challenge, particularly with a U.S. leadership that understands threats posed by the communist regime.

“I also think that’s why everybody who lives in the United States should be very grateful to this country. That affords each one of us who live on this land the freedom to exercise that conscience,” Yu added.

“Whether you like the United States or not, that’s beside the point. But you have the right to say you like it or you don’t like it, without suffering the consequences that you would, say, in China.”