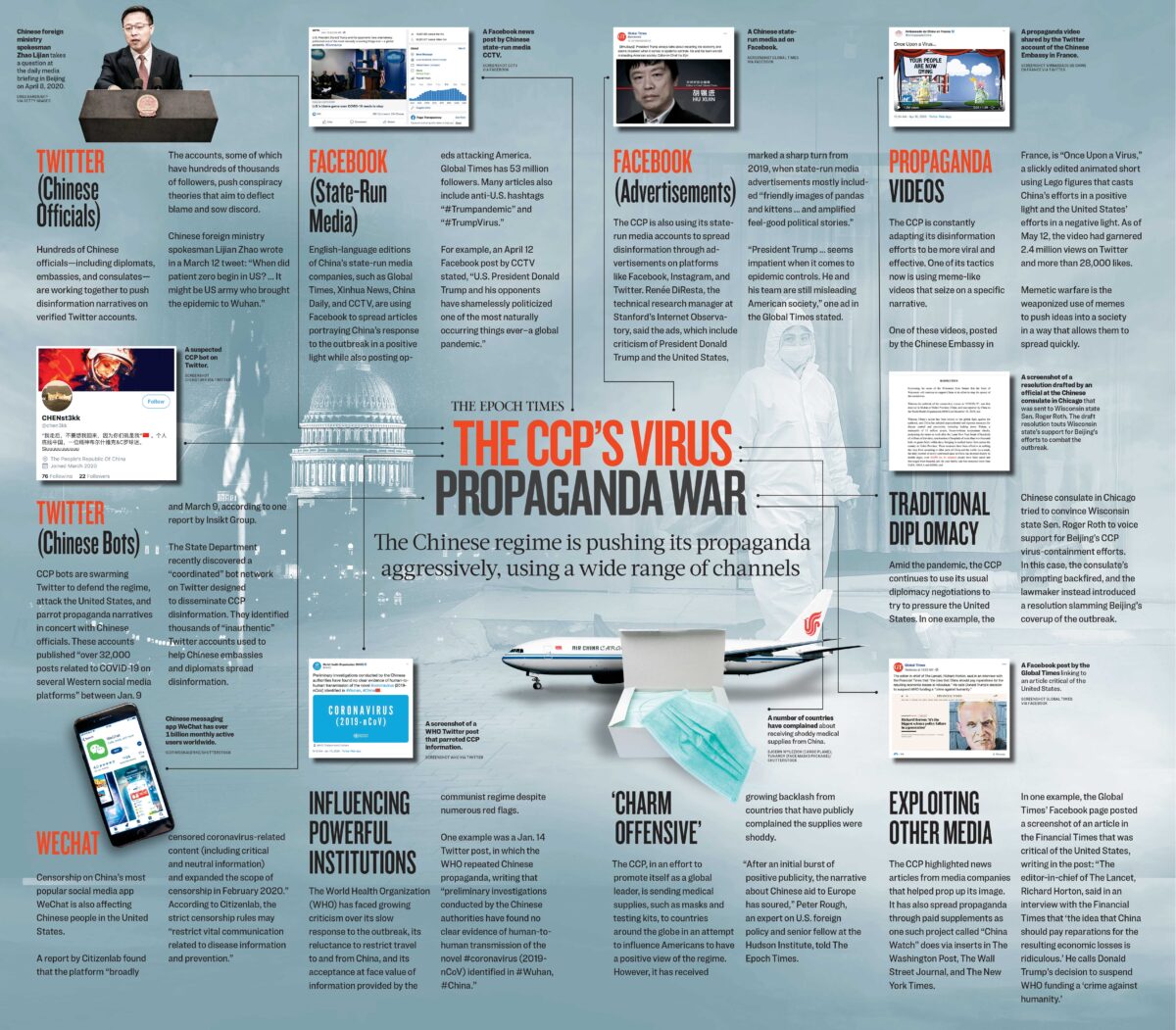 The Chinese Communist Party has unleashed an aggressive global disinformation campaign, sparked by a number of its own recent failures.

Through this campaign, Beijing aims primarily to deflect blame, sow discord internationally, and portray an image of remaining in control of the CCP virus outbreak. Chinese officials and state-run media have promoted a number of conspiracy theories and false narratives on this front.

The campaign has succeeded in steering some Chinese citizens’ anger away from the regime and toward the United States, which increasingly has been the target of the regime’s propaganda.