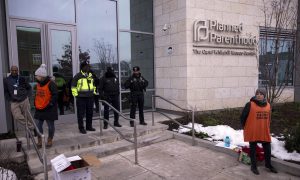 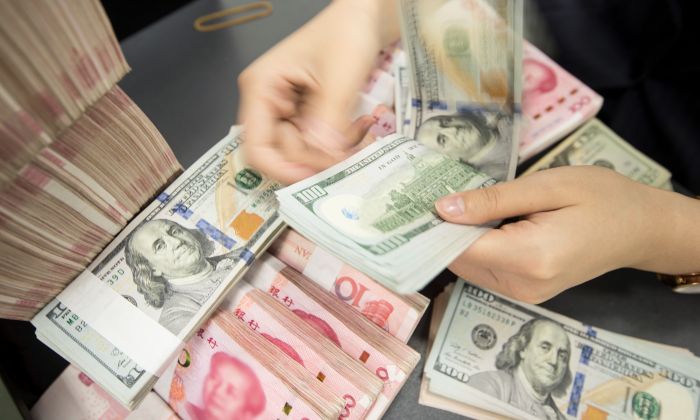 The Case for a Stronger Dollar

If US economy avoids a deep recession, its relative strength will push the dollar higher

If certain trends continue, the U.S. dollar may soon become much stronger and in much greater demand than it is today.

Relative Strength and Security Matter Most

Federal Reserve policies are among the biggest influence on the value of the dollar, and further cuts in interest rates, as well as fiscal policy, will cause some volatility or a even a falling dollar price, at least in the short term.

But there are other factors with a dominant counter-effect.

The relative strength of the U.S. economy, for instance, is one. The strength and safety of the U.S. economy is more than just GDP figures. It also involves the freedom and liquidity of capital markets, as well as the integrity of its legal system and a respect for private property. In the past, when economic and political uncertainty has risen around the world, the United States has represented relative stability and safety to investors around the world.

It’s in that context that we could see a sharp rise in the demand for U.S. dollars around the world, even amid the high levels of U.S. debt and trade deficits.

For example, as the U.S. trade war with China goes on and maybe gets worse, China’s economy may well continue to underperform or even experience a deep recession; it may be in one already. Beijing’s distorted and highly leveraged financial sector will be the next shoe to drop, as it faces a reckoning sooner than later.

If either happens, other parts of the global economy, such as emerging economies, will slow as well. Both scenarios would likely cause a capital flight to the safety of U.S. dollar-denominated assets.

That’s in stark contrast to the U.S. economy. There are cracks showing in various manufacturing sectors, housing starts, and other indicators, but the relative strength of the United States compared to China’s is unmistakable. No serious investor is unaware of this reality.

Another possible trend to gain momentum is the continued devaluation of China’s yuan relative to the dollar. Whether it’s the policy of China’s leadership to devalue the yuan or not is almost irrelevant, although that possibility remains likely.

In either case, if China’s economy continues to contract, it will reveal more weaknesses and fatal contradictions in their “miraculous” Beijing Model of economic development. The nearly $50 trillion in assets held by China’s state-owned banking system supporting zombie firms—and the loans behind them—will drive capital flows out of the country at substantially higher levels than what is already occurring.

For these reasons, China needs as many dollars as it can get, and will for the foreseeable future. Its debt-laden yuan, while acceptable to trading partners and some central banks of the world today, will likely lose whatever clout it has today, as a declining economy worsens.

That’s a critical reason why China won’t dump its portfolio of U.S. bonds.

But what if it did? What would it hold instead? More euros? More yen? Not likely, given the falling trajectory of both.

In fact, some estimates put China’s foreign reserves even lower than the $3.1 trillion official figure, claiming China holds little more in foreign reserves than their $1.1 trillion in U.S. debt. In either case, that would explain the rapid liquidation of Chinese-held foreign assets, such as the stake in Deutsche Bank, land parcels in Hong Kong, and the Waldorf Astoria in New York to name just a few.

That’s a stark reversal from the prior three decades. China is hustling for dollars.

But the demand for dollars is rising throughout Asia, not just in China. Rising tensions in the wider Asian region are persisting, adding geopolitical uncertainty to an already challenging economic climate. The crisis in Hong Kong and the geopolitical tensions between Beijing and Taipei (Taiwan), for instance, are making the region less hospitable for individual and sovereign investors alike. The strategic and military situation between nuclear-armed North Korea (a proxy of China), South Korea, the United States, and Japan continues to deteriorate as North Korea continues to test-fire ballistic missiles toward Japan.

In Europe, the demand for U.S. Treasuries and dollar-denominated assets is expected to increase going forward. Anticipated asset purchases by the European Central Bank and negative rates may drive some investors into more dollar-based assets abroad.

In the UK, persistent uncertainty over the fate of Brexit, the very real possibility of a hard exit, and political uncertainty is undercutting the pound’s value. So, UK investors are hedging their positions with dollars, moving their capital into U.S. Treasury bonds and dollar-based assets such as real estate and U.S. equities and bonds.

Investors and nations around the world who currently hold euros, yen, and other currencies in reserve may soon prefer to hold even more dollars than they do now. That may seem counter-intuitive in this age of quantitative easing, falling interest rates, and massive deficit financing, but it may not be as far-fetched as one might imagine.

The reasons why may be rather simple, but they’re compelling nonetheless. First, as we’ve discussed, negative interest rates are already present in several European economies as well as in Japan. They’re typically applied to “large” bank accounts, the definition of which may vary by country or by central bank policies.

Recall that negative interest rates are designed to stimulate growth by pushing capital into investments in the economy, rather than remaining in bank accounts that actually reduce their balance. The only way that negative rates are tolerable to investors is when they prefer to hold on to most of their money rather than risk it in a weak economy. If they have the option of a strong economy in which to invest, such as the United States, capital will flow there.

And second, it may simply be a matter of the eurozone economy doing less well than the United States. The United States offers a higher yield, more opportunities, and better security.

A Return to Stagflation?

As these factors push the global demand for dollars northward, the value of the dollar will continue to rise, potentially even as the Fed expands the money supply. And if, as many expect, the U.S. economy slips into recession due to the trade war, we may see a much higher level of monetary supply from the Fed.

However, as we saw in the wake of the Great Recession, massive capital injections into the economy led to only meager growth, if at all. A repeat of that coupled with foreign demand for U.S. assets could bring about both price inflation coupled with stagnant growth.

A return to stagflation may happen. But even if the U.S. economy does fall into recession, it will not be as severe as what transpires in Europe and Asia. As a result, the global demand for U.S. dollars will continue to grow.