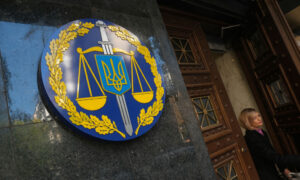 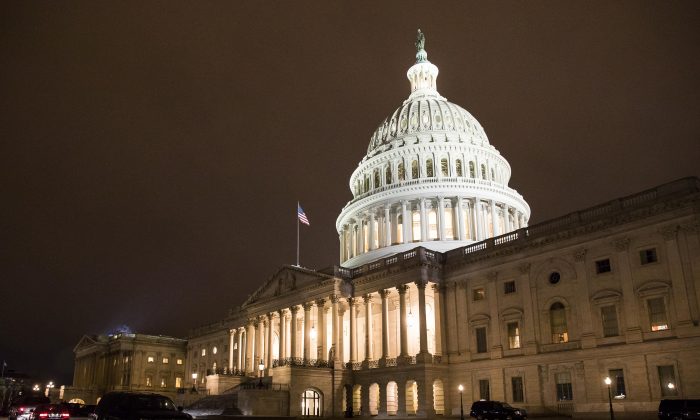 The Case Against Anonymity for the Whistleblower

A controversy has emerged over whether the anonymous “whistleblower”—whose complaint about the July 25 call between President Donald Trump and Ukraine President Volodymyr Zelensky led to the impeachment inquiry—should be identified and appear as a live witness or anonymously answer written questions submitted by Trump’s lawyers.

We’ve seen this movie before.

As I wrote on these pages recently, the Department of Justice (DOJ) and FBI submitted the now-infamous Steele dossier to the Federal Intelligence Surveillance Act (FISA) court in 2016 to obtain a warrant to spy on Trump campaign volunteer Carter Page. Most of what Steele wrote in the dossier has since been discredited if not proven false, and special counsel Robert Mueller was unable to verify the dossier after his lengthy investigation.

The dossier included salacious allegations that Trump had engaged in depraved sexual acts with Russian prostitutes, accusations about Page having met with and received a bribe from associates of Vladimir Putin, former Trump lawyer Michael Cohen having met with Russians agents in Prague, and former Trump campaign manager Paul Manafort having conspired with the Russians.

Despite none of those statements being true, and also a complete lack of probable cause, the FISA court issued the requested warrant, relying on information from the Steele dossier—even though, in the FISA’s application, Steele’s identity and the fact that he was paid by Hillary Clinton’s campaign and Democratic National Committee (DNC) weren’t revealed.

It was only much later—after the damage was done—that Steele and the source of his funding were revealed.

In a televised interview on Oct. 30, former FBI Deputy Director Andrew McCabe joined a panel with former CIA Director John Brennan and other ex-CIA officials John McLaughlin and Michael Morell to discuss the intelligence community’s role in the 2020 election.

During the interview, Jerry Dunleavy, a reporter at the Washington Examiner—citing the forthcoming release of the much-awaited report by DOJ Inspector General Michael Horowitz on possible FISA abuses by Obama-era officials against the Trump campaign—asked McCabe pointed questions about the Steele dossier:

“Would you be able to say with specificity what the FBI verified in the Steele dossier before using it in FISA applications? And also if there is an explanation for why, in the FISA applications, the FBI didn’t just say directly or indirectly that Christopher Steele was being paid by the Clinton campaign,” referencing a “lengthy footnote” in the FISA application about Steele, not plainly identifying Steele or disclosing Clinton’s backing.

After flatly saying “no” in response to Dunleavy’s first question—refusing to say what in the dossier the FBI had verified or not, and when, McCabe responded to the second question about disclosure: “I will wait as I am sure you will eagerly to see what Mr. Horowitz’s conclusions are in that report … as you’ve mentioned, there was an extensive and detailed explanation inserted by the Department of Justice into that FISA package that … I believed accurately reflected what we knew about Mr. Steele.”

McCabe was referring to footnote 8 (one of 18 footnotes) in the DOJ’s 412-page FISA application (including exhibits). Good luck deciphering the footnote; the full text of which, to the extent not redacted, reads:

“Source #1 tasked his sub-source(s) to collect the requisite information.  After Source #1 received information from the subsource(s), described herein, Source #1 provided the information to the identified U.S. person and to the FBI. [redaction]

“Notwithstanding Source #1’s reason for conducting the research into Candidate #1’s ties to Russia, based on Source #1’s previous reporting history with the FBI, whereby Source #1 provided reliable information to the FBI, the FBI believes Source #1’s reporting herein to be credible. [redaction]”

“Source #1” is Christopher Steele, “Candidate #1” is Donald Trump, the “identified U.S. person” is Glenn Simpson, the founder of Fusion GPS, the opposition research company that Clinton and the DNC hired to dig up dirt on Trump, and the “U.S.-based law firm” is Perkins Coie, which was acting on behalf of Clinton and the DNC when it hired Simpson. Ironically, Source #1’s “sub-source(s)” were likely Russian agents providing disinformation to Steele to interfere with the 2016 election, in Clinton’s favor.

Imagine how much easier it would have been for the FISA court to assess probable cause, had the DOJ’s FISA application said it was based on information from Steele, that Steele was an ex-MI6 agent who disliked Trump intensely, and that Simpson had hired Steele, on behalf of Clinton and the DNC, to dig up dirt on Trump.

Imagine how much harder it would have been, had Steele, Clinton, Simpson, and the identities of Steele’s Russian-spy “sub-source(s),” all been disclosed, for anti-Trump forces at DOJ and the FBI, to have duped the FISA court, even in an ex parte application such as a FISA application.

The FBI likely wouldn’t have told the FISA court that Steele’s “reporting has been corroborated” and was “reliable” had Steele’s identity been disclosed, given that the FBI had just terminated Steele as an informant for lying. Of course, no matter how “reliable” Steele was portrayed to be, the substantive reporting all came from his “sub-sources,” whose identities were presumably unknown to the FBI.

Get ready for the sequel: The new “Source #1” is the anonymous CIA whistleblower; Biden is the new Clinton.

After Intel Community Inspector General Michael Atkinson disclosed that the whistleblower had “a professional tie to a 2020 Democratic candidate,” the Washington Examiner reported, “[the] 2020 Democratic candidate with whom the CIA whistleblower had a ‘professional’ tie is Joe Biden, according to intelligence officers and former White House officials.”

In response, the whistleblower’s lawyers said he had worked only “in the executive branch.” The Washington Examiner reported that “he is a career CIA analyst who was detailed to the National Security Council at the White House and has since left.” Of course, the whistleblower, as a CIA employee detailed to the White House, needn’t have been formally employed by Biden to have interacted with him.

The anonymous whistleblower, although he never heard the Trump–Zelensky call and had only hearsay knowledge, filed a nine-page, single-spaced complaint, containing a dozen footnotes, accusing Trump of having abused his position by asking Zelensky to have Ukraine to open an investigation into Joe Biden and his son, Hunter Biden, who had taken a $50,000-a-month consulting job with Ukraine energy company Burisma.

Biden is on videotape bragging he threatened to withhold more than $1 billion in U.S. aid to Ukraine unless the Ukraine prosecutor then in charge of investigating Burisma, Victor Shokin, was fired. Shokin was then fired, the investigation was abandoned, and Ukraine got the U.S. aid.

The whistleblower’s complaint, which was obviously written by a lawyer or team of lawyers, was filed only after federal regulations previously requiring a whistleblower to have first-hand knowledge were amended to eliminate that requirement, and after the whistleblower reached out to Rep. Adam Schiff (D-Calif.) for guidance. Together with House Speaker Nancy Pelosi (D-Calif.), Schiff, who apparently collaborated with Trump’s accuser and read a fictitious version of the Trump–Zelensky call into the congressional record, is now leading the impeachment charge.

Now, Schiff says the whistleblower’s testimony may no longer be needed. How convenient.

Trump Has Right to Confront Whistleblower

There’s a reason the Sixth Amendment to our Constitution—the confrontation clause—guarantees that “in all criminal prosecutions, the accused shall enjoy the right … to be confronted with the witnesses against him.” It’s the same reason God included among the Ten Commandments a proscription against bearing false witness: It’s easy to lie.

Only through skilled, live cross-examination—where the accuser has to immediately respond without having his lawyer craft a response—will we ever know if his accusations are true or just made up and part of a Deep State coup to overturn the voters’ election of Trump.

While it’s true that the confrontation clause doesn’t apply in civil matters, the impeachment inquiry must involve “high crimes or misdemeanors”; otherwise, there’s no constitutional grounds for impeaching Trump. How can it be that Trump is being accused of “high crimes” yet does not have the constitutional right all U.S. citizens possess to confront his accuser?

Schiff, Pelosi, and company are now arguing that revealing the whistleblower’s identity will put him or her in harm’s way. Nonsense. Trump isn’t a murderer. Regardless, that concern doesn’t override either Trump’s constitutional right to confront his accuser or the people’s need to know the truth. We’ve already seen the witnesses vacillating between, there was no quid pro quo, maybe there was, maybe there wasn’t, but Trump always said there wasn’t.

If the whistleblower didn’t want to be cross-examined, he or she shouldn’t have blown the whistle.

The DOJ and FBI have taught us—courtesy of the Steele dossier—just how adept they can be in misleading a professional trier of fact if their sources remain anonymous. We had best learn our lesson. As Enlightenment philosopher Edmund Burke cautioned, “Those who don’t know history are doomed to repeat it.”

Trump’s legal team must not back off their demand to confront the whistleblower by live cross-examination. We’ll never know the truth if they do.

Stephen Meister is a founding partner of Meister, Seelig & Fein LLP, a law firm headquartered in New York; a published author; and an opinion writer. Twitter @StephenMeister. Opinions expressed here are his own, not his firm’s.