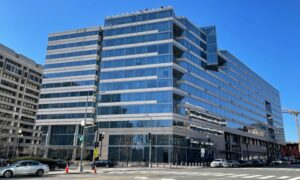 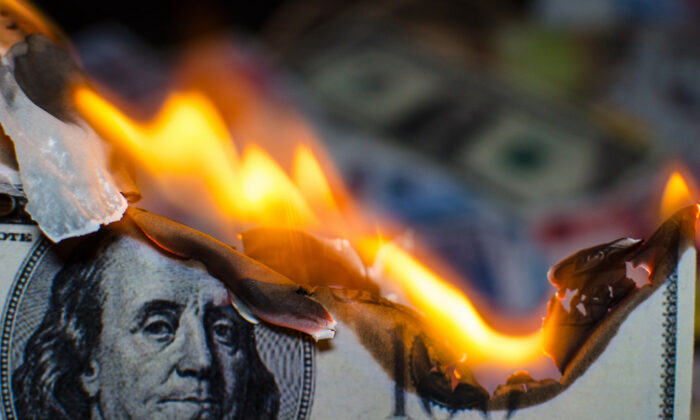 A $100 bill is on fire. GSI Exchange
Investment

The Cantillon Effect: How the Monetary Elite Is Siphoning Your Wealth

Since the onset of the pandemic in March 2020, the purchasing power of your savings has been diminishing daily.

When a dollar makes its way through the economy—from the first exchange along through a seemingly endless chain of transactions—its “value” will likely experience a reductive transformation.

It’s still the same dollar in “nominal” terms. But it will no longer carry the same “purchasing power” it once had at the start.

And the assumption of the latter, particularly among those who don’t understand how money works, can only serve as a debilitating anchor in the sea of ignorance.

To approach it from a different angle, the value of money is very much a timing issue. When new money is issued, the people closest to the source of issuance will gain the most benefits.

Those furthest along the long chain of transactions will likely experience the punishing effects of money’s debasement. “Money” is never neutral. Its value is almost always undergoing a gradual erosion the longer it circulates and the further it goes.

This is known as the Cantillon Effect. If you’ve never heard of it before, you should familiarize yourself with the concept. It’s a significant yet often undetected driver of wealth inequality.

It’s what’s accelerating the socioeconomic divisions we’re experiencing today. Yet surprisingly (or not), hardly any American has heard about it.

And given the recent and unprecedented surge in the money supply …

Things look poised to get a whole lot worse.

What Is the Cantillon Effect

Richard Cantillon was an 18th-century economist who studied the various social and political effects of money as it circulated through the economy. As he documented in his book “An Essay on Economic Theory,” Cantillon noticed a peculiar “unevenness” in the way money affected the goods and the people it touched.

He noticed that those closest to the reigning regime—namely, the wealthy—benefited first and most from monetary distribution. He also noticed that those furthest from the powers of the state began experiencing a transformation in money that negatively affected them.

How’s that possible? It’s the effect of money on prices that accounts for its perverse conversion.

Cantillon likened this to doubling the water in a river.

“Doubling the quantity of money in a state, the prices of products and merchandise are not always doubled. The river, which runs and winds about in its bed, will not flow with double the speed when the amount of water is doubled.”

In practical terms (and remember that money in his day and age was based on gold), he noticed that the wealthiest who had closest and most immediate access to wealth coming from mines were able to spend money on luxury items before the rest of the population.

The demand for certain goods began driving prices higher, a small inflationary uptick in the price of goods. But by the time the “velocity” of money reached the populace, most would have to pay higher prices for certain goods whose supplies were now tighter because of the initial flurry of purchases by the wealthy.

In today’s fiat economy, the institutional structure of the state isn’t all that different.

While Cantillon used the river analogy in his book, Austrian economist Friedrich Hayek describes it from a different angle, using another analogy: honey. When you pour honey onto a surface, its distribution isn’t even. It clumps where it’s dropped and gradually spreads out, albeit unevenly.

In more modern terms, this time referring to the expansion in the money supply (as shown above), big companies and banks typically get first dibs on the newly issued “wealth.”

They take out loans, issue loans, and make a variety of investments—all at prices that haven’t yet been affected by the massive flow of money that’s about to enter the economy. But then, prices start to rise well before the newly issued money trickles down to the rest of the less-wealthy population.

By the time the money reaches them, higher prices await, meaning the “value” of the money they’re receiving has been eroded as its purchasing power has declined. They will not benefit from the money in the way that those closest to it (i.e., the wealthy) have benefited.

And in this way, among others, the distribution of new money is, however perversely, a “redistribution” of wealth from the poor to the rich.

Central banks largely control the money supply. They see their role as injecting money into the economy by issuing large quantities to big banks. The assumption is that banks will increase the amount of money available to the populace.

But again, the timing of the distribution in the long chain of transactions makes a big difference in the “quality” of the money being distributed.

Not surprisingly, to most Americans, the Federal Reserve is an obscure fixture in the nation’s monetary landscape. Their operations are barely understood by the mainstream, and so, their actions remain unquestioned.

Yet, those who are aware of what central banks do would argue that they’re the chief engineers of wealth redistribution and, hence, inequality. Those critics hardly find an audience among the mainstream populace. And so, the cycle continues.

The lesson here is a simple one, and it’s aimed at those who don’t already understand the basic mechanisms that may be undermining their pursuit of financial growth and freedom. There’s a serious game at play here. It’s centuries-old, and many people have lived their entire lives never having noticed it.

To be financially independent, it helps to see how money truly operates—functionally and practically (not theoretically, ideologically, or idealistically). While there are many ways to preserve and grow your capital despite this Cantillonistic apparatus of capture, one asset class that has always brought a reckoning to the table of monetary manipulation—at least in its 5,000-year history—is physical (non-CUSIP) silver and gold. It has and probably always will be the foundational bedrock of intrinsic monetary value.

Contact us at 833-GSI-GOLD. You’ll receive a complimentary copy of our Hyperinflation Survival Guide and the secret the bankers don’t want you to know, “The Fungible Gold & Silver CUSIP List,” free of charge. GSI Exchange is a BBB Accredited business located in Palm Beach, Florida, Forbes Finance Council-listed, and Platinum Dun & Bradstreet verified. Call 833-GSI-GOLD, or visit us on the web at GSIExchange.com to get more information or set up an account to convert savings into gold or silver and rollover IRA or 401(k) into physical precious metal IRA accounts, tax-free and penalty-free.

Please do your own research and due diligence before buying precious metals. GSI Exchange does not provide investment or tax advice.