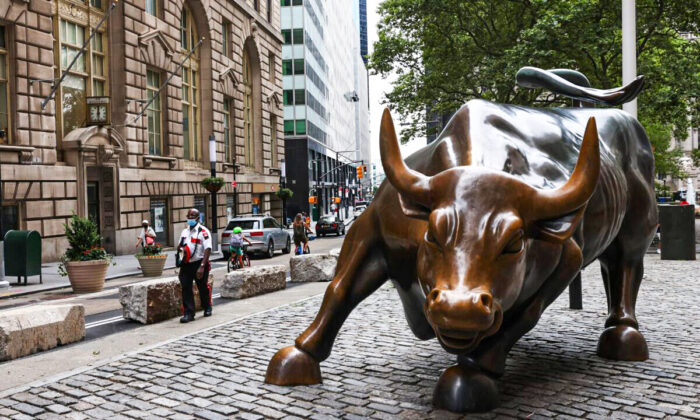 The announcement of a balance sheet taper sent equity buyers into overdrive as they aggressively bought every dip in stocks regardless of the news flow. The relentless bid has propelled stocks to new all-time highs without any regard to the next round of tapering from the Federal Reserve coming mid-January. While the Fed has never reduced its balance sheet by $30 billion in one move, the Bulls look to history to support their risk-taking behavior.

On June 19, 2013, Federal Open Market Committee meeting chairman Ben Bernanke announced it would be appropriate to begin tapering its balance sheet purchases under the third iteration of quantitative easing later that year, provided the incoming data remained favorable. By December 2013, the Fed felt the economy was on track to achieving the Fed’s mandate of maximum employment and announced tapering would begin immediately.

While the Bulls were celebrating higher stock prices and the Fed’s successful end of quantitative easing, the next 12 months wouldn’t be friendly to investors. Stocks would face two large price declines, the first in late 2015 and the second in early 2016, which wiped out all the post-taper gains.

Stock prices wouldn’t revisit their mid-2015 highs until mid-2016, where another correction kept equity returns in check. It wasn’t until late 2016 before the bull market in stocks resumed, but by then the average annualized stock return for the two years between 2014 and 2015 was mediocre at best.

Unlike with the gradual quantitative easing 3 balance sheet taper that took 10 months to complete, the Fed has expressed concern about rising inflation and perhaps its role in causing inflation. While many Federal Open Market Committee members believe inflation will ultimately be transitory, in the meantime many American household budgets are being squeezed. The Fed appears to be intent on completing the current balance sheet taper in half the time it took to wind down quantitative easing 3.

Investors remain undeterred by inflation or the Fed’s accelerated balance sheet taper as they have their eyes keenly set on higher stock prices over the next year. From December 2013 to the mid-2015 peak, the S&P 500 rose approximately 18 percent. Today, investors believe returns could be significantly higher.

Rather than focus on stocks, investors should be looking at long-term U.S. Treasury Bonds, which significantly outperformed stocks from December 2013 to February 2015. Despite history showing a balance sheet taper is more bond bullish than equity bullish, investors can’t fathom bonds can rally again. Under the backdrop of an increase in the supply of bonds hitting the market due to the Fed’s taper and rising inflation, investing in bonds makes little sense to most.

Yet between December 2013 and February 2015, aside from a brief dip in bond prices following the beginning of the taper, the long bond rallied 30 percent. Over the same period, stocks rallied a mere 10 percent, which is still good but only one-third of the return generated by the long bond, excluding dividends. Since the Fed began its current balance sheet taper, bond prices have dipped slightly and are on the cusp of a major rally.

The reason bonds rallied was due to the unexpected monetary effects of a balance sheet taper, which is bond bullish. In the years following the quantitative easing 3 taper, the year-over-year growth rate of the M2 Money Stock slowed below its historical trend, which supports the view that the large-scale asset purchases by the Fed do help increase the money supply by suppressing short-term yields.

It wasn’t the deceleration in the money supply alone that was bond bullish but the further decline in the velocity of M2 that unexpectedly followed. The velocity of money, or the number of times money is used in a transaction in a year, had been falling since 2010 and was expected to rise alongside inflation. Yet, neither inflation nor the velocity of money increased as the Fed hoped.

This time, inflation is well over the Fed’s 2 percent target and the velocity of M2 is near its historical lows. Investors are betting big on money moving through the economy to sustain inflation as the global economy continues to emerge from the pandemic. Little evidence remains on the side of the equity bulls that this unprecedented rally from the March 2020 lows will continue for another year or two.

History remains on the side of the bond market, as inflation is likely to cool off and the money supply growth is likely to slow. Should the velocity of M2 continue to fall, those holding the long bond will be well positioned for the next big bull market in bonds. Meanwhile, those with large equity positions should use history as a guide as bonds are likely to outperform stocks, just as they did the last time the Fed tapered its balance sheet.