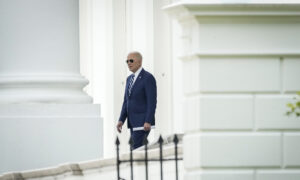 What Does the New White House Budget Say About Where Biden Intends to Take America?
0
Share Now
TelegramFacebookTweetEmailTellMeWeReddit
Copy Link 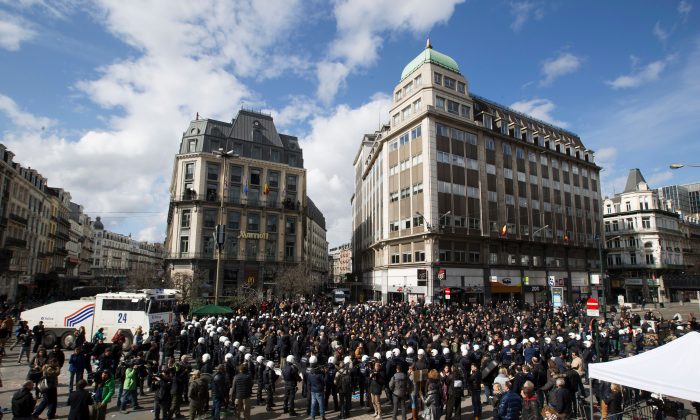 “You go to Brussels—I was in Brussels a long time ago, 20 years ago, so beautiful, everything is so beautiful—it’s like living in a hellhole right now…” —Donald Trump

Much as it pains to quote Donald Trump on anything, he has a point about Brussels. Today, it is closer to a henhouse reflecting the frenzy of chickens awaiting the next fox. The city of 2016 is not the city of a generation ago.

At that point, my wife and I were diplomats assigned to the U.S. Embassy and U.S. Mission NATO. Brussels was the epitome of a good bourgeoisie city; that is, the metropolitan area and Belgium were prosperous, modern, politically sophisticated, and respected individual democratic rights and freedoms. The society “worked,” with excellent health care, reliable electricity/water, public education, good public transportation, and security for the average citizen.

Such did not happen by accident. Brussels/Belgium was tightly regulated with police and intelligence-related services ubiquitous but not obvious. Citizens carried a carte d’identité; police records for criminal or financial violations were comprehensive.

Additionally, an interlocking network of social service organizations cooperated with security-bureaucratic organizations to maintain attentive eyes on groups practicing socially questionable activity. Thus, a U.S. family concerned about a child involved with a cult-like organization (let’s call them “Loonies”), might seek U.S. official assistance and find to their great relief there was reliable information on the status of the child and the group.

Belgium is relatively small; borders were carefully controlled with passports required and vehicles inspected. Security forces were not heavy-handed, and citizens believed them to be well-trained, competent, and essentially honest.

Today’s reality could not be more different.

The end of border controls throughout the EU totally changed demography throughout Europe, with Belgium being the proximate example.

Reports suggest that over 25 percent of Brussels’s population is Muslim. Belgium’s Muslims are primarily located in ghetto-type areas, forming unassimilated masses both in Brussels and elsewhere (Antwerp, Charleroi), providing an environment in which the equivalent of a fifth column of Islamic terrorists can hide.

The March 22 bombing attacks … are simply another chapter in the ongoing Belgian intelligence and social failure.

Thus the March 22 bombing attacks at Brussels’s Zaventem airport and a local Metro are simply another chapter in the ongoing Belgian intelligence and social failure. It beggars belief that Salah Abdeslam, sought as the sole remaining perpetrator of the Nov. 13, 2015, Paris attacks, could remain undetected/protected until March 18. Without doubt, neighbors and sympathizers sheltered and supported Abdeslam and his terrorist colleagues. Likely, they sneered at feckless “Inspector Clouseau”-style raids.

Likewise, the ability of the terrorists to obtain locally the materials necessary to construct devastating bombs for both the Metro and the airport attacks could hardly have gone unnoticed by any discerning individual. There is a deliberate effort not to know. Likewise, there is a self-serving fear among Muslim religious figures and community leaders who either implicitly sympathize with terrorist objectives or fear that denouncing terrorists will be fatal.

Bluntly, if they wish to retain their future freedoms and social systems, Europeans must prepare to set aside for the nonce concerns over protecting personal privacy. Refusal to do so will see repetition of frenzies of horror and grief now dominating the media.

There is a blunt, if cynical, observation that terrorist killings in Paris/Brussels/London/et cetera are fewer than auto accident deaths. The socio-political reality, however, is that comfortable Western Europeans believe that terrorist death should not happen to nice people. And draconian action will be necessary to stop it.

First, and perhaps not obvious, we must eliminate Daesh/ISIS in Iraq–Syria. To be sure, it has metastasized with copy-cat-inspired groups proliferating globally. But destroying the mother hive will mitigate expansion of Islamic terrorism and eliminate directives from terrorist central.

Second, the effective end of the civil war in Syria will be an ancillary benefit, permitting pushback return of refugees from Europe without humanitarian angst. Returning noncitizens to “homelands” should be vigorously encouraged—including with financial incentives. Coincidentally, the EU must rigorously restrict refugees—many of whom are vigorous males looking for trouble, not democratic freedoms.

Third, EU/national authorities must comprehensively expand security. An example of such “security first” social attitudes is Israeli society. It is not pleasant to live as a West Bank Palestinian (or even as Israeli-Arab citizens), but intrusive security has very substantially reduced Islamic terror for Israelis.

Finally, these are not “one off” events; Islamic terrorists are brutal—we must meet them with equal measures or surrender our societies as well as our freedoms.