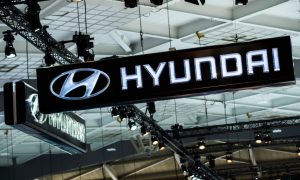 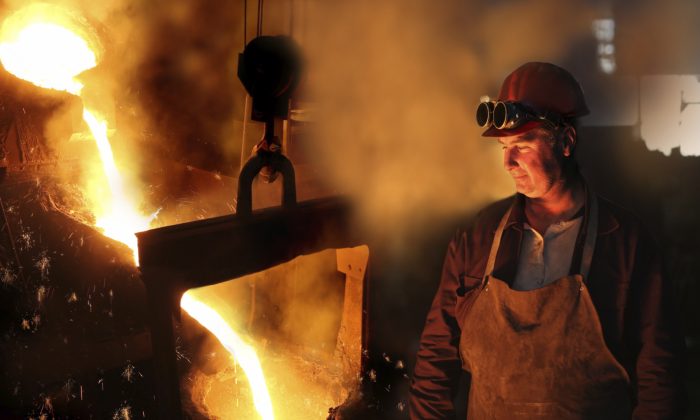 In Redcar, a town in the northeast of England, the community is reeling from the closure of a steelworks. More than 1,000 of the workers who were made redundant are looking for work four months later.

It’s not just Redcar. Across the U.K., steel firms are struggling. For much of the 20th century, steel-making was the backbone of British industry, employing hundreds of thousands of people across England, Scotland, and Wales. But with job cuts, slow growth, and cheap steel from other countries to contend with it’s not surprising the British steel industry is in trouble.

Demand for steel was weakened by the recent global slowdown and remains below pre-2008 crisis levels. The U.K. steel industry has also been struggling to compete in export markets due to its own relatively high energy costs—mainly due to government imposed green levies. And until recently the strength of sterling was also a factor—the pound hit a seven-year high in June 2015.

On top of this has been the dramatic rise in imports to the U.K. of Chinese steel, which increased by 227 percent between 2013 and 2014. Chinese firms have been accused of deliberately “dumping” steel on European markets, by selling at a loss to undercut prices. It is estimated China’s top state owned steelmakers are losing $34 a ton on crude steel. Which comes on top of losing $11 billion in the first ten months of 2015 alone—almost twice their profits in 2014.

All of this makes the U.K. government’s recent decision to block proposals to scrap “the lesser duty rate” that would have allowed the EU to significantly raise tariffs on imported Chinese steel, pretty puzzling.

The ‘New Normal’ of China’s Economy

Currently, EU tariffs on imported Chinese steel are 9.2 percent, with a slightly higher tariff on rebar steel of 13 percent. But these tariffs are insufficient to deal with the impact of apparently unfair Chinese competition, whose steel is around a third cheaper than European producers on EU markets.

It is also fair to say the current EU tariffs and anti-dumping measures lack the force of those imposed by the United States, which recently introduced tariffs of up to 236 percent on imported Chinese steel, to support its own steel producers.

In deciding to block proposals to scrap the “lesser duty rate” and impose higher tariffs, Business Secretary Sajid Javid emphasized the knock-on impact such tariffs would have on U.K. users of steel, who would then face higher steel prices.

But such fears are misplaced. First, steel prices are very low, and second, EU action would affect only users of imported Chinese steel and would be applied across the whole EU. So U.K. users should not be at a competitive disadvantage.

Of course, higher tariffs on imported Chinese steel are not a fix all solution for the U.K. steel industry and economists would generally caution against “protectionist measures” that would permanently distort markets—especially if these lead to greater global trade restrictions which can be detrimental to world growth, as was the case in the 1930s.

Is There a Solution?

The government’s impasse over the tariff issue is disappointing for the steel industry, and in a wider sense adds to growing fears that the much trumpeted “industrial strategy” is nothing more than empty rhetoric.

The European Commission has often been accused of dragging its feet over anti-dumping cases, compared to its U.S. counterparts. And with the current threat of “Brexit,” now would be an opportune political moment for the EU to demonstrate its commitment to British and wider European industry.

In the medium to long-term, the U.K. steel industry could benefit from forthcoming opportunities in the rebuilding of Britain’s infrastructure. For this to happen though, the industry needs to retain its capacity to do so and this requires some short-term action on dumping.

What Can Be Done Now?

There are a range of measures the government, working with the EU, could explore if it was serious about assisting U.K. steel makers, as highlighted last year by the Midlands Steel Task group. These include not only a review of current EU tariffs, but also quality and environmental standards, and further moves to create a more level playing field on EU energy price policy to bring the U.K. into line with major competitors.

The U.K. could also explore legitimate state aids for training and skills support, while also accessing EU funding for research and development in steel and related industries to support companies impacted by the current crisis. In short, if steel really is a strategic industry, the government needs a proactive industrial strategy to support it.

Back in Redcar life after steel looks pretty bleak. Factory space which once supplied the industry is being sold off while local residents are waiting to find out what will become of the derelict steelworks. Just who exactly will clear up the site, which is contaminated after more than a century of steel-making, is unclear. What is clear though is this town, like so many others in the U.K., will take a long time to recover from the loss of steel.

Phil Tomlinson is an associate professor in business economics at the University of Bath in the U.K. David Bailey is a professor of industry at Aston University in the U.K. This article was originally published on The Conversation.