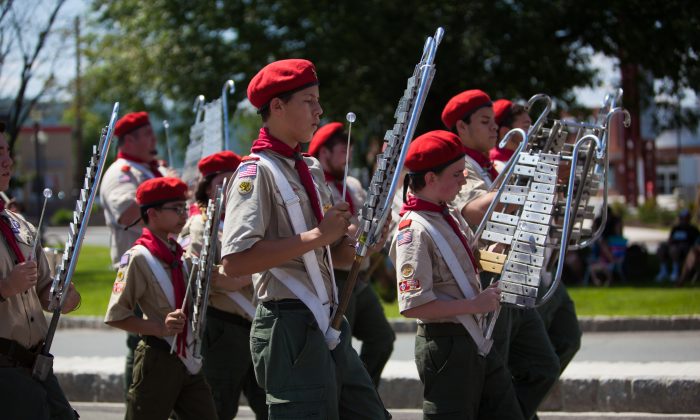 The Boy Scouts Succumbs to the Woke Mob

The mission of the Boy Scouts of America (BSA), we’re told, “is to prepare young people to make ethical and moral choices over their lifetimes by instilling in them the values of the Scout Oath and Law.” On closer inspection, however, the mission appears to have taken a sinister turn.

Today, the BSA has become an organization intent on indoctrinating a generation of young boys, “educating” them on the importance of diversity and race awareness. From July 1, it will become mandatory for participants seeking to become an Eagle Scout—the highest rank attainable in the BSA—to intimately familiarize themselves with the importance of diversity, equity, and inclusion.

His mission was simple: To teach British boys the importance of being dutiful, loyal, and living with a sense of purpose. Two years later, inspired by Powell’s philosophy, the Boy Scouts of America was formed. Since then, more than 110 million American children have participated in various BSA programs.

Scouting teaches life skills and helps children forge lifetime friendships. It equips children with some of the tools necessary to live a successful life. According to Boy Scout Law, a scout is someone who is both truthful and loyal, supportive and chivalrous, respectful and reverent. A true scout is an upstanding citizen.

A scout is also woke. Yes, woke. You see, the Boy Scout operation of yesteryears is very different to the Boy Scouts operation of today. First off, it now accepts girls, even though the Girl Scouts already exists. In fact, it has existed for well over a century.

Why the need to change it now?

Well, you see, it’s all in the name of diversity and inclusion (the Girl Scouts doesn’t accept boys, interestingly enough). Of course, accepting girls isn’t the end of the world. Nevertheless, in order to successfully develop their masculine identities, boys need to be exposed to positive male role models. If “boys will be boys,” then they must first learn what that means—to first, be a boy; then, graduate to manhood. Sadly, what they are being taught instead is to question both their sense of manhood as well as their sense of privilege.

The BSA recently introduced a brand new Citizenship in Society merit badge, targeting children between the ages of 11 and 17. The new merit badge, according to the BSA website, “encourages Scouts to explore important topics around diversity, equity, inclusion and ethical leadership and learn why these qualities are important in society and in Scouting.” Which begs the question: Why are these qualities important in society?

However, on closer inspection, DEI is dangerous. It results in society judging people not by the content of their character, but by the color of their skin or their sexual orientation.

Beginning on July 1, 2022, as the BSA’s website notes, the Citizenship in Society merit badge “will be required for any youth seeking to achieve the prestigious Eagle Scout rank.”

According to Roger Mosby, president and chief executive officer of the BSA, this particular badge “aligns with both the Scout Oath and Scout Law, which encourage Scouts to respect the beliefs of others, to be kind and courteous, and to help other people at all times.”

But the original oath had boys promise to do their best to help other people at all times; to respect both God and country. Today, they are being asked to view their country with suspicion. The Boy Scouts already pushes a heavy critical race theory narrative, encouraging young, impressionable minds to view the United States through a very specific, racist lens.

As Heather Madden, an author and mother of two young boys, wrote last year: “Like an increasing number of public schools across the country, the Boy Scouts have embraced a contentious theory which claims that American institutions are intrinsically racist and encourages people to see each other as members of either an oppressor or victim class based simply on skin color.”

She’s right. Although all American citizens should familiarize themselves with U.S. history, perspective is needed. The people of today—especially young children—are not responsible for the sins of their predecessors. They are not responsible for crimes they never committed. Critical race theory appeals more to emotion than it does to logic. It is dangerous and divisive.

The “wokeification” of the Boy Scouts is a process that has been occurring for years. The new merit badge is just the latest addition to a long line of questionable merit badges. The BSA, once an organization that actually served a purpose, has been weaponized. It has become yet another method of indoctrinating young children, molding and manipulating them in ways that are inconsistent with its original teachings.