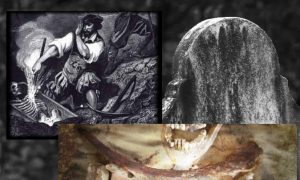 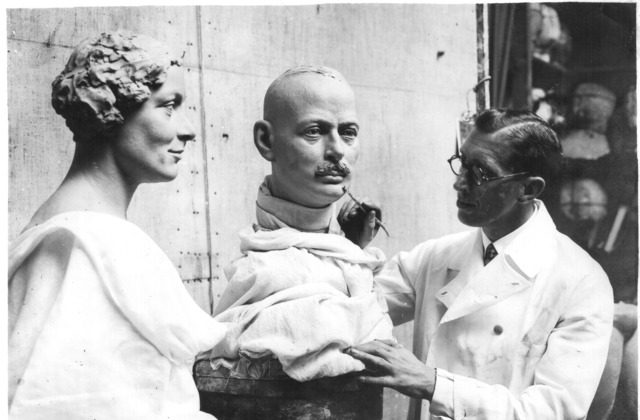 The Bloody History of a Waxworks Museum: Madame Tussaud and Her Eerie Creations

Many people delight in the spectacle of wax museums. Others cringe and feel uneasy around the unmoving, but uncannily lifelike figures. Wax museums, sometimes called waxworks, display collections of wax sculptures molded to portray historical figures, royalty, celebrities, and other notable individuals. Some museums will feature a “Chamber of Horrors,” showcasing heinous criminals or undead terrors. Modern techniques and advanced artistry lends the wax figures a hyper-reality that can be off-putting to some, astounding to others.

However, the history of the most famous waxworks of them all—Madame Tussauds Wax Museum in London, is a dark one. Tussaud’s story of art, death, revolution, and fame remains hidden beneath the modern museum’s public-friendly exterior. The history of Madam Tussauds is a tale of gruesome masks, bloody revolution, and one of the 19th century’s most successful business women.

Born in France in 1761, a young Marie Grosholtz was raised by her widowed mother—her father, a German soldier, having died of gruesome war wounds. The two moved to Switzerland where Marie’s mother was housekeeper for Philippe Curtius, a skilled physician. Curtius taught Grosholtz the art of wax sculpture. HistoryToday writes that Curtius had a talent for wax modelling and amassed his own collection of wax heads and busts.

Grosholtz was adept at waxworks, and sculpted notable figures of the day, including historian and philosopher Francois Voltarie, and statesman Benjamin Franklin.

Word of her talent spread and she was invited to join the Royal Court in Versailles where she became the art tutor to King Louis XVI’s sister, Madame Elizabeth, in 1780. She traveled in elite circles, meeting aristocrats, intellectuals, and French revolutionaries.

It is said that shortly after the onset of the French revolution Grosholtz was ordered to create plaster casts and death masks of victims of the guillotine, many of whom she had known and befriended during her years in Paris. The official Madam Tussauds website writes that during the Reign of Terror, Grosholtz and her mother were thrown into prison, and she was “forced to prove her allegiance to the Revolution by making death masks of executed nobles and her former employers, the King and Queen.” She casted a mold of the head of Louis XVI after his execution, as well as the severed heads of Queen Marie Antoinette and Maximilien Robespierre, the most well known political figure of the revolution.

She casted a mold of the head of Louis XVI after his execution, as well as the severed heads of Queen Marie Antoinette and Maximilien Robespierre.

Later, Grosholtz’s memoirs would reveal she was made to create wax models and death masks from the seemingly endless piles of guillotined heads. These death masks, made of wax or clay and cast from the mold taken from the face of the deceased, were hailed as revolutionary victories and were paraded through the streets of Paris.

Grosholtz left France and, unable to return as a result of the Napoleonic Wars, she toured across Europe, exhibiting her collection of beautiful, and sometimes unnerving, wax creations.

She married Francois Tussaud in 1795, and her traveling show became the now famous “Madam Tussauds.” Francois left her and their two sons in 1802, and the single mother finally settled in London where she opened and operated her waxworks business—an uncommon position for a woman at the time. The museum and her creations were very popular and her business was highly successful. The Duke of Wellington often toured the museum (to enjoy the effigies of himself and Napoleon), and Tussaud recreated the spectacular scene of Queen Victoria’s coronation in 1837.

Her sons joined the business, and she continued to work well into her 80s.

When Tussaud established her exhibition in London, she set up her historical or royal figures, but also created a so-called “Separate Room” to contain the more outrageous items, including the shocking death masks of Marie Antoinette and King Louis XVI, an Egyptian mummy, execution scenes of notorious French criminals, and a model of the deadly guillotine.

This “Separate Room” eventually was renamed the “Chamber of Horrors” and visitors were charged higher fees to see it.

The London museum suffered a fire in 1925, and a direct hit by a German World War II bomb, and over 300 molds were destroyed, however a few of Tussaud’s original molds and creations remain.

German dictator Adolf Hitler was immortalized in wax in the Chamber of Horrors in 1933, but the figure was decapitated in 2008 by a 41-year-old German man who rushed the exhibit and knocked off the sculpture’s head. The statue was repaired and replaced, and is now carefully guarded.

The Tussaud waxworks brand is known internationally, and museums under the family name are found from Hollywood to Shanghai. The Baker Street Madame Tussauds Museum in London stands today as an iconic tourist attraction and boasts a wide collection of the most extravagant pieces, but it is also the pinnacle creation of an enterprising woman who struggled through turbulent and bloody historical times and came out successful.

Wax museums today can be found all over the world, sometimes as the main attraction of a city, and sometimes as modest exhibits hidden in small towns. However, none can match the compelling history of Marie Tussaud and her eerie creations.