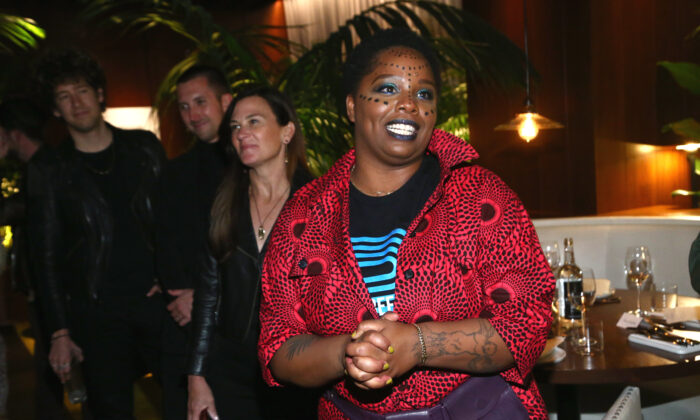 Over the past few years, Black Lives Matter (BLM) has come to symbolize the fight for racial justice and police accountability.

It has been the prime engine behind the political slogan, “Defund the Police.” The media routinely portrays BLM as motivated by nothing more than a quest for fair treatment and social justice. Only now are people raising the awkward question, “Where did all the money go?”

BLM was founded by Patrisse Cullors, Alicia Garza, and Ayo Tometi in 2013 in the wake of the death of Trayvon Martin, becoming established in 2014 following the Ferguson, Missouri, riots. Originally, the group was organized around the hashtag #BlackLivesMatter. Its revenues soared dramatically after the George Floyd killing in 2020. In 2016, an organization BLM partnered with for fundraising took in $6.6 million; by 2020, that number had risen to an eye-popping $86.9 million.

How do you go about spending $90 million? According to an investigative report in New York Magazine, $8.4 million went to operating expenses, $21.7 million to grants to more than 30 groups, and $60 million remains in the BLM coffers (pdf). Asked earlier in BLM’s history about the organization’s growing dominance, Cullors, Garza, and Tometi echoed a party line: It’s the media! They’re responsible for this.

Even so, Cullors, for one, appears not to have been reluctant to use her success to improve her lifestyle. There have been numerous media reports about Cullors buying multiple homes in tony neighborhoods from Los Angeles to Georgia. If the accompanying pictures are any indication, she isn’t aiming for the underprivileged neighborhood in which she grew up or the ones inhabited by the alleged victims that she champions.

In one incident recounted in New York Magazine, a local black activist who had lined up behind the BLM banner organized a counter-protest to a local “White Lives Matter” rally. Cullors issued a statement to say that his efforts wouldn’t receive any support and weren’t recognized by national BLM. At the time of the protest, Cullors was busy participating in a “worldwide electric slide” sponsored by the boot company UGG.

Evidently, Cullors found it a more profitable use of her time to court UGG sponsorship rather than to deal with a disgruntled local activist. Recently, Cullors stepped down as executive director of BLM to focus, she said, on her book deals and production projects with Warner Brothers.

In November 2020, 10 chapters of the BLM Global Network Foundation called for greater financial accountability from the organization, referring to “unknown millions of dollars” that had been absorbed with “no acceptable process of either public or internal transparency.” It seems that there has been little change in BLM practices since then, and resentment continues to simmer within BLM ranks.

“We don’t want or need y’all parading in the streets accumulating donations, platforms, movie deals, etc. off the death of our loved ones, while the families and communities are left clueless and broken. Don’t say our loved ones’ names, period.”

What makes this significant and poignant is that the protests aren’t coming from right-wing critics of BLM; rather, they’re coming from within the precincts of the activist left. The very people who BLM is supposed to be helping are now accusing the organization of ripping them off. Michael Brown Sr., whose son was killed in Ferguson, posted a video demanding $20 million from BLM for local programs and organizers. So far, his request has gone unmet.

One BLM leader, Christman Bowers—who also goes by Shalomya Bowers—runs an initiative called Reform LA Jails, which, according to New York Magazine, netted $1.4 million in contributions in 2019. Bowers is very close to Cullors. Of the money raised by Reform LA Jails, $270,000 went to Bowers’s own consulting company; $211,000 went to Asha Bandele, a friend of Cullors who also co-authored her memoir; $205,000 went to a company Cullors operates with her spouse, Janaya & Patrisse Consulting; and $86,000 went to Trap Heals, an entertainment company started by Damon Turner, the father of Cullor’s child. It isn’t clear that any jail reform was actually accomplished with any of these funds.

A closer look at BLM reveals that it collects its money through intermediary groups, a practice not uncommon for new startup foundations. Initially, BLM used a group called Thousand Currents, which took 15 percent of all funds raised. Possibly, as BLM revenues reached the tens of millions, Cullors and her gang grew dissatisfied with paying so much, so they switched fiscal sponsors to a division of the left-wing Tides Foundation, which scoops up only 9 percent of revenue, according to New York Magazine.

BLM also conceals the full extent of its funding by operating through a network of similar-sounding groups. There’s the BLM Global Network Foundation, the BLM Action Fund, BLM Grassroots, the BLM Political Action Committee, and the BLM Support Fund. Each of them raises money by cajoling well-heeled individuals and corporations, many of whom are eager to associate themselves, however symbolically, with the cause of racial justice.

I think the best way to describe Cullors and her gang is that they’re political entrepreneurs. While reviling capitalism as racist and unjust, they’ve figured out how to play the capitalist system for their own profitable gain. They certainly don’t hesitate to consort with the evil capitalists as long as there’s a big check made out to them at the end of the day. Social justice, one might say, is merely the product that the BLM crew sells to the highest bidders.

I’m not sure if financial success was the original motivation, but it seems fair to say of the BLM leadership that if they came to do good, they’ve stayed to do very well for themselves.