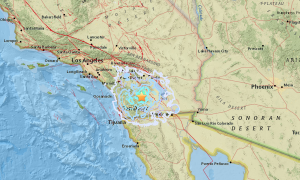 String of Earthquakes Felt in San Diego County–Strongest at 4.0 Magnitude
0 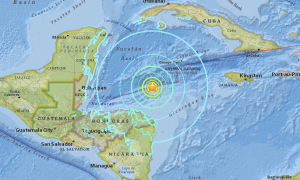 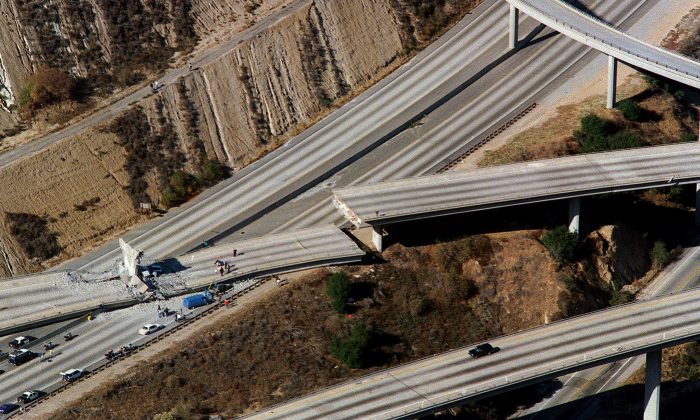 ‘The Big One’ is Almost Certain to Hit California by 2045

An article published Jan. 30 by The Conversation has started quite a few conversations about ‘The Big One.’

The article titled “California’s other drought: A major earthquake is overdue” is the work of Geophysics Professor Richard Aster of Colorado State University, and what this academic has to say in the article is pretty alarming.

The basis for the article is a US geological Survey report from 2014 which outlines the third iteration of forecasting efforts for the earthquake-prone region – the Uniform California Earthquake Rupture Forecast (UCERF3).

The report outlines a lower probability of smaller quakes—but an increase in the likelihood of ‘The Big One’ when compared to the previous 2007 forecast report.

Forecasters estimate that the probability of an earthquake of magnitude 6.7 to 7.0 or greater hitting California by 2045 is upwards of 93 percent—and a quake of at least 6.7 magnitude is a virtual certainty.

The expectation of a magnitude 8 quake or greater since the last 2007 report has jumped from under five to seven percent. The odds of at least a 6.7–7 quake have skyrocketed.

As the report repeats a couple of times, “California is earthquake country.”

But the longer the plates push without giving, the greater the pressure build-up in the fault line between them

That pressure has been building for over a century along the northernmost reaches of the San Andreas fault. There hasn’t been an event of magnitude 7 or greater since the San Francisco earthquake of 1906.

The Hayward fault, which underlies the highly urbanized East Bay region, hasn’t had a severe tremor since 1868.

The situation is even more worrying south of the Bay area.

The south-central section of that fault system has not seen major motion since 1857, and the southern end has not released its pressure since 1680.

Based on how long the pressures have been building, the Uniform California Earthquake Rupture Forecast was updated.

It looks like big quake is certain to come, and it could come any day now. And according to the report, the longer we have to wait, the worse it is likely to be.

Although earthquakes are still impossible to predict with pinpoint accuracy, the good news is that our understanding and ability to monitor earthquakes continues to advance and the Pacific Coast now has in place an early warning system.

Our the ability to predict their probability has improved thanks to modern global seismographic networks.

This helps with the planning of earthquake readiness and resource commitments in the communities at risk to mitigate risks and prevent loss of life in the event of a major quake, Aster explains.

But with such a big gap in time between big quakes, community readiness for such disasters poses a more difficult challenge to address.