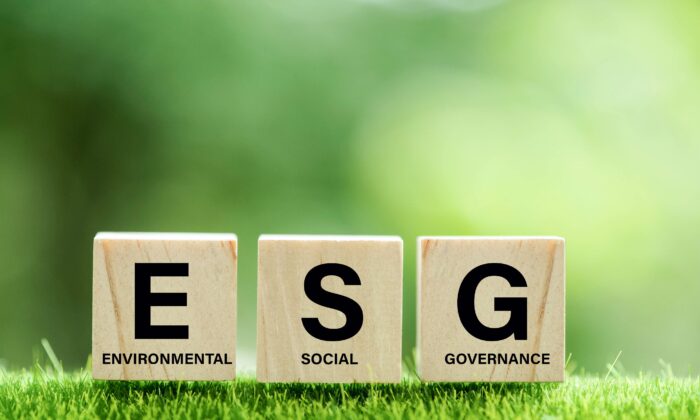 The Big Lie of Woke Capitalism

Apparently, the “woke left” in America is a big fan of free market capitalism and investing. At least, that’s what Slate’s Andrew Petillon would have us all believe in his recent article, “The Republican War on ‘Woke Capitalism’ Is Really Just a War on Capitalism.”

That is nothing more—and nothing less—than a well-constructed lie.

According to The Economist, “woke capitalism” involves public campaigns that appeal to millennials, who typically hold more socially liberal views and are arguably less informed on what free market capitalism is than prior generations.

So-called “woke capitalism” is also sometimes referred to as “ESG investing,” which itself has various meanings. The acronym ESG stands for “environmental, social, and governance.” It’s a vague categorization or standard applied to companies and investors to determine how, for lack of a better word, “woke” they may or may not be.

Domestically, ESG is a metric for woke capitalism. Some of the main concepts surrounding ESG are climate change, sustainability, green technology, social justice causes such as workers’ rights, working conditions, changing social norms, exploitation of minorities, and so forth. There is also the aspect of governmental oversight or promotion of those causes. A company or investor’s ESG ranking may be the determining factor for investment or even boycotts.

The Fascism of Stakeholder Capitalism

Woke capitalism embraces the idea of “stakeholder capitalism.” Stakeholder capitalism, which is what the Business Roundtable and the World Economic Forum (WEF) call for, demands that companies toe the ESG line, not necessarily to private shareholders, but to the often unelected and their woke socialist standards. The latter include equality of outcomes, hiring decisions, diversity requirements, income equality, and more. Shareholders like you and me are not part of the plan.

Obviously, ESG has both red and green leftist political and ideological preferences that marry business with government policymakers, not merely business and shareholder interests. That, by the way, is fascism.

Internationally, ESG identifies and ranks companies and investors that either do business with countries considered politically incorrect, lack ESG values, or both. A negative ESG rating could also result in negative publicity, divesture, or boycotts by Wall Street and Main Street investors.

According to Petillon, ESG or woke capitalism is somehow directly related to and is an aspect of free market capitalism. In fact, from its inception as a metric, the use of ESG factors in the financial analysis was deemed to be complementary to a company’s fiduciary responsibilities to investors and shareholders.

But are either assertions true?

And are ESG criteria really part of the fiduciary responsibilities that a public company has to its shareholders? In some cases, sure. For example, some investors don’t want to invest in companies that make alcohol, tobacco, or firearms. Those investors are free not to invest in those companies.

Imposing leftist criteria on a company whose responsibilities are to its shareholders doesn’t sound like free market capitalism. Instead, it is mandated behavior by the unelected. There are laws that all companies must follow, of course, but those vary by state and federal jurisdictions. ESG is separate from both—or at least, they used to be.

But to those on the left, ESG or woke capitalism is also virtuous capitalism because they believe that companies ought to behave, invest, and produce what the woke mob determines is correct. Those companies that don’t comply must be punished and, if possible, driven out of business. As the ESG trend and political influence progress, it exercises more control—behavioral and political—over all companies, public and private. That’s the end goal for woke capitalism.

Orwellian Wordplay Is the Leftist Way

See what’s going on with the wordplay?

The approach is to add the word “capitalism” to add validity to the woke agenda, but that’s not even remotely true.

There’s just one big problem with the free market argument for ESG. It didn’t come from the free market. It’s a product of the United Nations Environment Program Initiative in the Freshfields Report in October 2005.

The clever part is that once ESG was established as some virtuous objective, it would simply be a matter of building up the support for its realization. That support includes left-wing politicians, media, academic institutions, and globalist financial organizations in a coordinated push to make ESG a part of U.S. corporate behavior and publicly shame those businesses that did not comply.

See how that process works?

Leverage the mainstream media, top, left-leaning universities, and other overtly left societal allies and push the woke agenda as if it were a grassroots, free market phenomenon.

In short, the ESG investing agenda is an attempt by the U.N. and the WEF, both supranational organizations, to arbitrarily impose their will on private and public companies. The objective is to compel them to comply with their woke standards, not U.S. laws, to determine how they should operate, what policies they should have, who they should do business with, and what political and social agenda they should promote within their organization, even who they can have on their boards of directors.

This toxic perspective governs most of the left thinking about requiring corporate political obedience to causes that have nothing to do with the free market.

But woke capitalism isn’t really free markets or even true capitalism. Petillon and the rest of the woke and Great Reset know this; they just won’t admit it. Eventually, however, it involves demanding compliance to those arbitrary standards.

As Tesla CEO Elon Musk wrote on Twitter: “ESG is a scam. It has been weaponized by phony social justice warriors.”

Musk is right, of course.

ESG is indeed a weapon that’s being used to attack Americans’ liberty, the traditional U.S. capitalist economy, and its millions of big and small businesses. ESG needs to be destroyed before it destroys us.