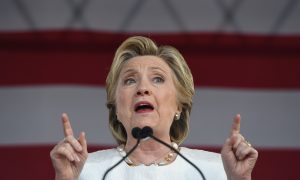 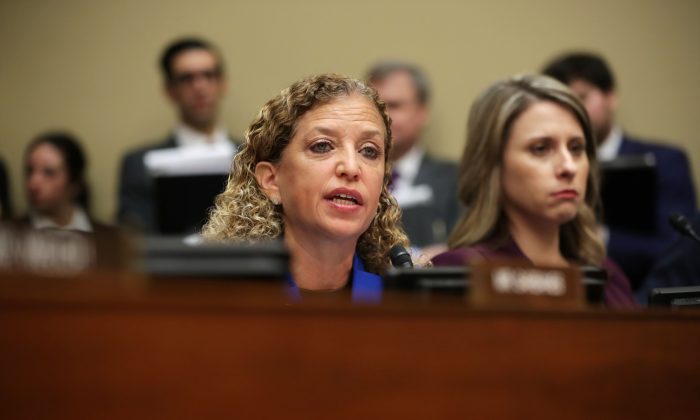 The Big Lie About ‘Russian’ ‘Hacking’

We now teeter at this point with the unproven theory—or big lie—that “the Russians” “hacked” the Democratic National Committee (DNC).

Something happened at the DNC in 2016, all right, and that “something” led to the WikiLeaks publication of thousands of DNC emails, and the swift disgrace and resignations of top DNC officials, including DNC chair Wasserman Schultz, over revelations of DNC favoritism toward Hillary Clinton over Bernie Sanders.

Nearly three years have passed, however, and no one has produced forensic evidence of a DNC “hack” by “the Russians”—and that includes special counsel Robert Mueller, whose 2018 indictment of a dozen or so Russians presents zero evidence to support his accusations. Not even the FBI discovered evidence of any hack at the DNC because, in part, the nation’s federal law enforcement body never examined the DNC’s computer servers.

“In fact,” two former intelligence experts write, “the available forensic evidence contradicts the official account that blames the leak of the DNC emails on a Russian internet ‘intrusion.’ The existing evidence supports an alternative explanation—the files taken from the DNC between 23 and 25 May 2016 and were copied onto a file storage device, such as a thumb drive.”

In other words, it was an internal leak, not an outside hack.

So wrote William Binney and Larry Johnson in a blog essay last month, titled “Why the DNC Was Not Hacked by the Russians.” Not that these authors are ordinary bloggers. Binney is a former technical director of the National Security Agency, where he served for 36 years and actually created many of the data collections systems still in use today. Johnson has been a CIA veteran analyst for 27 years. Their essay is just the latest in a string of such counter-conventional-wisdom analyses of “Russian hacking” put forward by members of Veteran Intelligence Professionals for Sanity (VIPS).

Binney and Ray McGovern, a former CIA briefer of The President’s Daily Brief, smelled a rat from the start, publishing on Jan. 6, 2017, at Consortium News, “The Dubious Case on Russian ‘Hacking.'” By May 2017, the “dubious case” had exploded into a piece they called “The Gaping Holes in Russia-gate,” also at Consortium News. Here, Binney and McGovern enlarged the story’s context with stunning implications.

Regarding “Russian hacking,” which they noted was “the centerpiece of the accusations about Kremlin ‘interference’ to help Trump,” they reminded readers:

“On March 31, 2017, WikiLeaks released original CIA documents—almost completely ignored by the mainstream media—showing that the agency had created a program allowing it to break into computers and servers and make it look like others did it by leaving telltale signs (like Cyrillic markings, for example).

“In other words, it is altogether possible that the hacking attributed to Russia was actually one of several ‘active measures’ undertaken by a cabal consisting of the CIA, FBI, NSA, and [James] Clapper—the same agencies responsible for the lame, evidence-free report of Jan. 6.”

In July 2017, Binney, Johnson, McGovern, and 10 other members of VIPS—including Edward Loomis Jr., like Binney a former NSA technical director—released a lengthy memo to President Donald Trump citing “new forensic studies to challenge the claim of the key Jan. 6 ‘assessment’ that Russia ‘hacked’ Democratic emails last year.” More memos by Binney and co-authors to the president have followed, and more essays, too, all of them supporting the same core, “big-lie”-smashing claim: The DNC data was “leaked, not hacked.”

As with the disintegration of the so-called Steele dossier, bought and paid for by the DNC and the Clinton campaign, the “Russian hacking” story should be on life support, too, taking down the whole Trump–Russia psyops conspiracy against the duly elected president of the United States and the 63 million Americans who elected him. The existence of expert dissent and evidence, however, exists in a black hole of non-coverage and non-debate.

These VIPS pros on the “leak, not hack” case don’t hazard a guess about who might have been the DNC leaker. However, WikiLeaks publisher Julian Assange, who has stated that WikiLeaks’ source was not Russia, very strongly suggested during an interview in August 2016 that the late Seth Rich, a DNC official (and Sanders supporter) slain in July 2016 on the street in Washington, was WikiLeaks’s source. Rich’s murder—a “failed” robbery, we are told—remains unsolved.

With all of this vital, combustible information relegated to the background or the dark—the way the Swamp likes it—Wasserman Schultz teed up “Russian hacking” last week, just brimming with a righteous, even heroic, victimhood.

“As you likely know,” she said to Cohen at the witness table, “I served as the chair of the Democratic National Committee at the time of the Russian hacks and when Russia weaponized the messages that it had stolen, but I want to be clear: My questions are not about the harm done to any individual by WikiLeaks and the Russians. It’s about the possible and likely harm to the United States of America and our democracy.”

“Russian hack” vs. internal leak aside, if Wasserman Schultz was so concerned about the United States and democracy itself, why did the Democrats not call in the FBI at the first indication of a cyber breach? (Or ever?) Why, according to then-DNC CEO Amy Dacey, who would also resign in disgrace, was the DNC’s first SOS while supposedly under cyber-attack to Perkins Coie’s Michael Sussmann, mission control for the law firm’s DNC and Hillary Clinton portfolios? Why did Sussmann, too, fail to call in the nation’s top cyber-cops at the FBI? Or Homeland Security? Instead, Sussmann hired a private outfit with a checkered record, CrowdStrike, co-founded by a Russian ex-pat (Dmitri Alperovitch), with—hot diggety—a Mueller FBI protege (Shawn Henry) on the executive team.

The rest is #FakeHistory—unless we ever wring the truth out of them.

Diana West is an award-winning journalist and the author of two books, “American Betrayal: The Secret Assault on Our Nation’s Character” and “The Death of the Grown-Up: How America’s Arrested Development Is Bringing Down Western Civilization.”