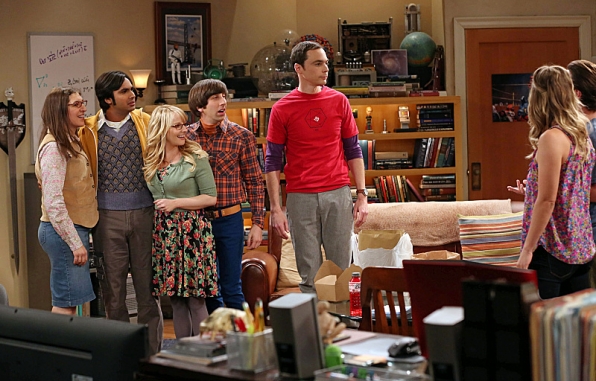 The Big Bang Theory has been renewed by CBS for a season 8 (and two more seasons after), due to its growing popularity, although no definitive spoilers have come out yet.

That would be Sheldon possibly leaving the show because he’s at a crossroads in the finale after Caltech refuses to let him change his field of study.

The season 7 finale saw Sheldon going to a train station, threatening to leave after the job thing and Penny and Leonard saying they don’t want to live with him anymore. Amy tried to convince him to move into her, but to no avail.

Stuart’s comic store also caught on fire, leaving him down as well.

In terms of the next season, many of the main stars don’t have current contracts, including Kaley Cuoco, Jim Parsons, and Johnny Galecki.

Executive producer Steve Molaro told The Hollywood Reporter was asked if that fact factored into the decision to end the season on a cliffhanger.

“Not at all. We’re making the best episodes that we can come up with,” he said. “I have to move forward assuming everyone is going to be there. I have no reason to think they won’t be. That wasn’t a factor.”

As for a projected premiere date, the show should premiere in September–that’s when every season so far has started.

Based on previous premiere dates, episode 1 of the next season will likely premiere on September 22 (if not, the date is likely September 29). The show is moving to Mondays at 8 p.m. in the fall. On October 30, the show will then move back to Thursdays at 8 p.m.