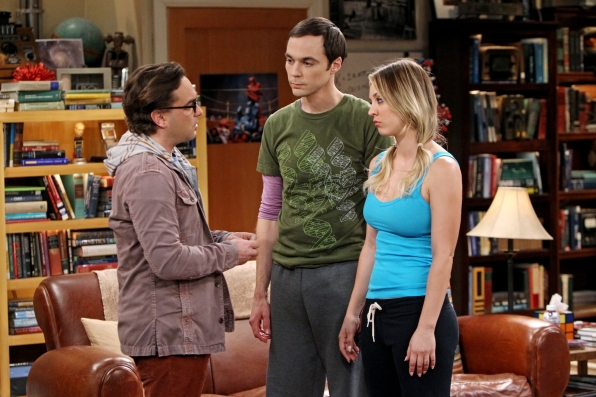 The Big Bang Theory on CBS returns later this year with season 8, and some spoilers have come out regarding the plot.

The season 7 finale stunned fans with Sheldon on the cusp of leaving for a while. Meanwhile, Penny and and Leonard are preparing to get married.

Let’s check out what information has come out so far:

Jim Parsons, who plays Sheldon, discussed his character’s future with TVLine, which mused that Sheldon possibly didn’t even get on the train.

“I never thought of that, but you’re right — he could show back up at home immediately, couldn’t he?” Parsons said, noting that despite pressing his bosses about the whereabouts of Sheldon, he couldn’t get an answer.

Then again, executive producer Steve Molaro added to Entertainment Weekly: “As of now, he is off riding the rails like a hobo.” He may have been joking.

If/when he does reunite with everyone, Parsons hopes that Sheldon and Amy’s romance will move forward.

“I don’t know that we’re headed for the bedroom or the altar any time soon,” he said. “But, whatever… The writers have been so good with the pace of it, just bring more is all I would say.”

—Penny’s mother may be introduced at the wedding

“I know, I’ve been waiting! I don’t know what they’re going to do, but I have always thought — and I hope this doesn’t offend her because I know she’s super young, though we know Penny’s mom got knocked up very early – that Lisa Kudrow would be so perfect,” Kaley Cuoco-Sweeting told TVLine.

“I’ve said that for years. I think it would be hilarious, plus I’m a huge fan of hers, so it’s a selfish wish.”

Kudrow is best known for being one of the stars of “Friends.”

—Penny may have a new haircut

There’s also talk that Penny may have a new hairstyle after Kaley showed off her new haircut.

Cuoco told TVLine that she had just gotten a haircut for the first time just prior to the show’s wrap party–and when she walked in, the producers “loved it.”

She has since evolved the look into “an outright pixie cut,” and has thus far not heard any criticism of the look.

“I’m hoping Penny will keep the haircut, that’s my goal.”

Molaro said that Emily will continue to be around in season 8 in some form.