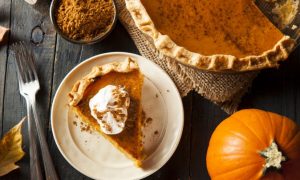 Comfort Food Is a Myth, Say Scientists (Who Ruin It for Us All)
0
Share Now
FacebookTweetParlerEmail
Copy Link 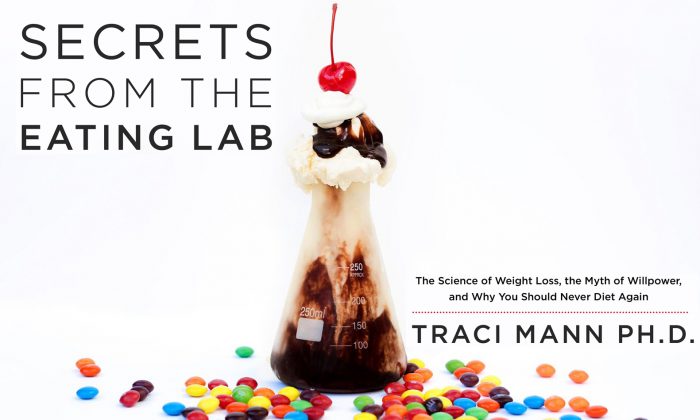 Cover of the book "Secrets From the Eating Lab" by Traci Mann. (HarperCollins Publishers)
Opinion

The Best Resolution of All

She grabbed my attention when she said she felt angry when Oprah bought stock in Weight Watchers in October 2015. Dr. Traci Mann wrote “Secrets From the Eating Lab,” teaches at the University of Minnesota, and runs The Mann Lab.

I asked her for an interview. One of my life trajectories involves going from model scrawny to Julia Child queenly. I’ve thought about Weight Watchers. I’ve never pulled the trigger. Something held me back. Not my sincere love of pastry. Skepticism.

We talked on the phone. She was warm and unpretentious.

“The Oprah thing—I find it sort of a betrayal.” To Mann, Oprah was “supposed to be a model of empowered woman, of the inside mattering more than the outside.” Mann said she felt disappointed that someone with an amazing life, like Oprah, could not resist societal messages about dieting.

“And how old is she, (61) still worrying about her weight?” asked Mann.

Well, I’m 61, and still worrying about my weight. Last time I saw a doctor, he gave me the speech—that I was overweight, and should do something, and that it was not easy to do something, at my age. All my numbers were OK. Blood pressure, HDL, all those things. I smiled. The plump nurses smiled.

It might be better if doctors did not trot out that speech for a healthy person. “Exactly. That’s exactly what I am trying to get people to do—accept their God-given bodies,” said Mann.

Mann told me things I did not know. The risks of being overweight—even of being obese—are overstated. It’s correlation, not causality. Obese people may be sedentary, which really is dangerous, for example.  It’s not weight itself that hurts their health. “People think ‘I’ve gained ten pounds. I’m going to die!'” said Mann.

If you struggle to lose weight, willpower is not the story.
— Dr. Traci Mann

There are no differences in life expectancy between people whose weight is in the “normal” zone and overweight people, according to her research. “The thing that’s really clear” is that those with a Body Mass Index from 25 to 30 have “no danger whatsoever of a shortened life span.” Even obese people, with a BMI over 30, do not have higher risks of death. Only the most obese, with a BMI of 40 and above, are in danger.

There’s an “obesity paradox” that if an obese person gets a dread disease like cancer, the person with more weight will survive longer, said Mann.

She said women over 65 have nothing at all to fear from being overweight.

But we all should fear the ill effects of dieting.

My dental hygienist is a singer, a family person, a dog lover, a symphony enthusiast, and an interior design maven. These are the subjects she regales me with when she cleans my teeth.

I saw her in January. She told me her New Year’s resolution is to lose five pounds a month. She described how she makes pulled pork in the crock pot, her chili recipe, what kinds of wings her brother prefers, and what she will cook for him when he comes to make repairs at her townhouse.

Food took over their mental space. Like my dental hygienist, all they could talk about was eating and cooking. They began to collect cookbooks. They stopped thinking about their original, altruistic purpose. One of them had a breakdown.

American conscientious objectors volunteered to eat 1,600 calories a day so people could learn the best way to help starved prisoners and refugees.

A common requirement for a diet is 1,600 calories a day.

We lose cognitive power when we diet. It’s not an overstatement to say we lose part of ourselves, if the formerly altruistic volunteers are like other people on diets.

In aggregate, diets do not work. That’s how the whole diet industry keeps itself rolling—repeat customers. Most people lose weight in the early months of dieting. Nearly everyone who diets gains back the weight. The minority who keep weight off for a while eventually gain back most of it.

Even if diets do not work, healthy behaviors do work, according to Mann. That is, exercise is good for you, whether it makes you get skinny or ripped or leaves you about the same. Eating more fruits and vegetables and fewer chips and less candy is good for you.

You can adopt healthy behaviors. Willpower is irrelevant. “Humans were simply not made to willfully resist food,” wrote Mann.

She devotes some chapters to pretty brilliant, clinically tested ways to set yourself up to eat moderately and exercise. She describes effective ways family members can support each other to practice healthy habits. “If you struggle to lose weight, willpower is not the story.”

She inspired me. I’ve already gone out and bought 8-inch plates. You will have to buy her book to learn the rest.

Another of my life trajectories is this: When I was model-thin, I could not do a single pull-up. Now I can do a set of 12. Feel the power!