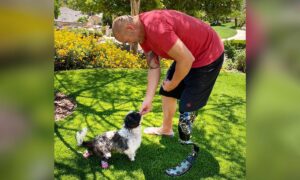 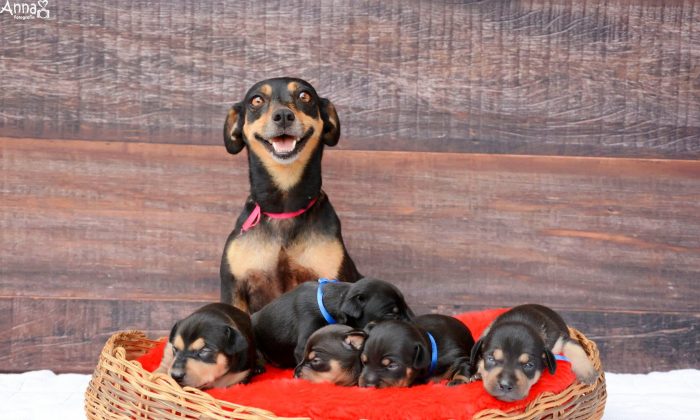 Ana Paula Grillo’s photographic eye has drawn “oohs” and “aahs” from the web yet again.

Grillo had her neighbor’s pregnant dog Lilica posed for a maternity photoshoot, during which “the mother-to-be radiated maternal grace.“

The day after the shoot, the pincher mix delivered four males, and one female.

Featuring the ever-smiling Lilica and her five healthy pups, the newborn photo shoot, like the maternity photo shoot, lasted only 30 minutes, said Grillo via email.

The largest was dubbed Hulk and the one with the darkest fur was named Batman.

While she cannot recall the names of all the pups, Grillo does remember that some are named after superheroes. The largest was dubbed Hulk and the one with the darkest fur was named Batman. The only female puppy was named Filó.

Lilica, a “top model,” was very collaborative, said Grillo. The photographer says she always jokes and talks to Lilica. Grillo even told Lilica how popular her photos have become on the internet, how the world loves them. The dog, remarked Grillo, seemed to understand.

honestly maternity pics are a lil weird but if you want some of ur pregnant dog I will say yes, no questions asked

Grillo said that her work has changed a lot since she posted the first set of photos. The Brazilian photographer has hopes of working with more animals in the future—and more pet owners.

Take a look at the glowing young mother and her 15-day-old puppies!