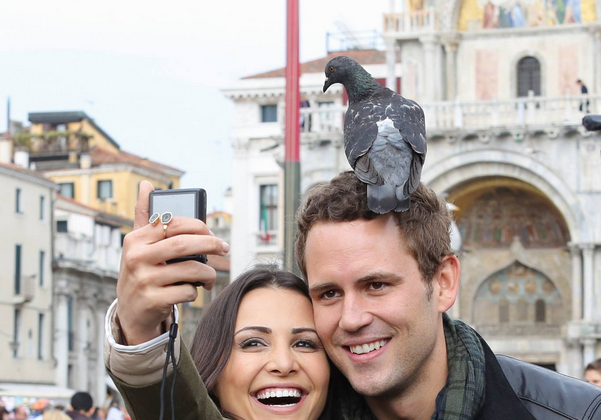 The Bachelorette season 10 returns on Monday night with an all-new episode, which sees the men and Andi Dorfman in Venice and Verona in Italy.

The episode will include six of the bachelors taking a lie detector test.

Nick snags the first one-on-one date, as he tries to convince Andi that he is not the arrogant man that some of the other bachelors say he is. The date includes the couple strolling around the city and taking a gondola ride.

Later, the six remaining men other than Nick and Cody go with Andi to the town of Monselice, where they arrive at a medieval castle that was used to interrogate prisoners at one point. Andi drops the news that they’ll be taking lie detector tests.

“One charming man is nervous that his big secret will be uncovered. But the real shock comes when Andi finds out that four of her bachelors are not telling the truth. What will she do about it?” ABC says in its description.

“At the group date after party, one dashing bachelor shocks Andi with a surprise revelation while another man confronts her about his dislike for taking the lie detector test. And the Bachelorette’s secret admirer is finally exposed. But one disgruntled suitor verbally attacks the man who receives the group date rose. “

According to Reality Steve, the man who wins the group date rose is Chris.

Cody gets the other one-on-one date in the episode. He and Andi go to Verona, the home of Shakespeare’s “Romeo and Juliet.” They head to the Juliet Club, which is a group of volunteers who answer thousands of letters adressed to Juliet, and Andi “is touched by Cody’s sweet side.” They later have a candle-lit dinner.

However, Steve says that Cody is one of the two men eliminated. JJ O’Brien is the other.

The next episode, airing on June 30, will see the remaining men and Andi travel to Belgium.