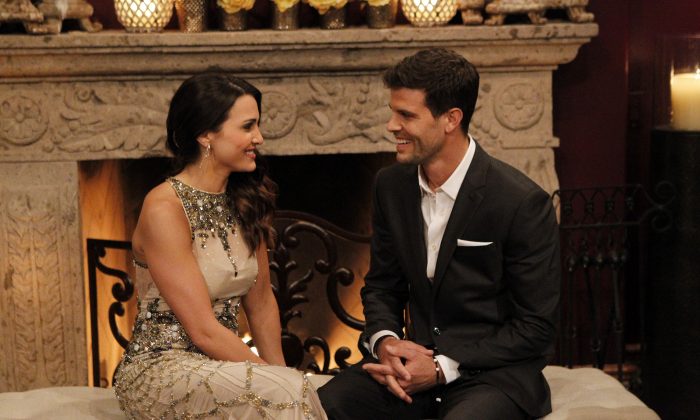 This image released by ABC shows Andi Dorfman, left, and Eric Hill on the premiere episode of "The Bachelorette," premiering Monday, May 19, 2014 on ABC. (AP Photo/ABC, Rick Rowell)
Entertainment

The second episode of “The Bachelorette” will start off with a date between star Andi Dorfman and the late Eric Hill, to whom the show is dedicated. The two started their date at Venture Beach after which they took a helicopter ride to Big Bear and skied. The Daily Mail caught the couple in action.

Then the 14 other contestants, including: Nick S., Brad, Brett, Dylan, Pat, Marcus, Carl, Craig, Josh, Marquel, Ron, Tasos, Cody, and Brian will be entertaining Andi at the OHM night club in Hollywood. The guys will split into teams of four with two solos for the “Magic Mike”—type dance.

Then the group will head to an after party at the Rocky Oaks Estate Vineyard in Malibu where intoxicated Craig jumps into the pool fully clothed, and Marcus gets a rose.

The episode will conclude with another one-on-one date with Chris Soules. The two will traverse to the Anita Race Track and then enjoy a private concert by “This Wild Life.”

The three men eliminated on the episode are Craig, Nick S., and Carl. The second episode of the 18th season of “The Bachelorette,” which was shot in LA, will air on the ABC network on Monday May 26, 2014.

Episode by episode spoilers can be found on Reality Steve.