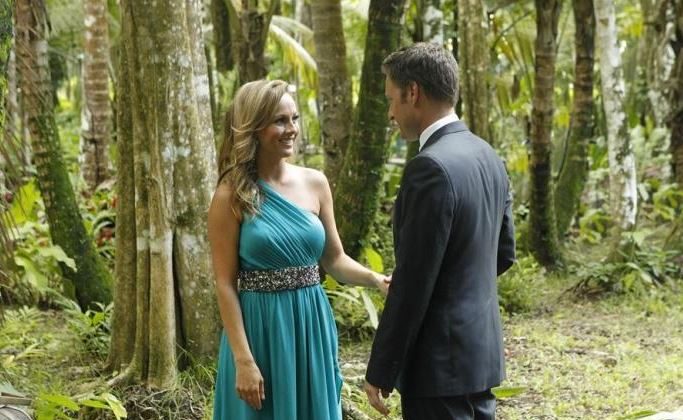 ‘The Bachelor’ Winner Spoilers: Who Does Juan Pablo Choose, and Do They Stay Together?

“The Bachelor” season 18 finale is set to air tonight (Monday) at 8 p.m., and spoilers about what will happen have been coming out.

Juan Pablo is going to choose between Clare Crowley and Nikki, but some people already know what will happen because the entire season was filmed in 2013.

But, he says, Pablo will not propose to her, making it the first season since Brad’s first season that there won’t be an engagement.

Reality Steve says that Pablo never had any intention of finding a wife on the show–instead, he wanted to use it to get fame because he wants to act and model.

Steve added that Pablo is being offered money to propose to Nikki on the “After the Final Rose” (ATFR) show–which airs live after the season finale.

Apparently people involved with the ABC show are not fans of Pablo, with a source telling E! News that “Everyone on the show is just so over him and cannot wait for this season to be over.”

Producers and crew members have never been so ready for a season to end, the source said.

“It has not been anyone’s favorite, that’s for sure.”

Another source said that Pablo and the winner of the show have been fighting a lot.

“Producers are hopeful that they’ll work it out by the live finale, but no one is holding their breath,” one source said.

“If they are together at the finale, it’s probably just an act.”

Meanwhile, Andi Dorfman, who voluntarily left “The Bachelor,” is reportedly poised to become the next “Bachelorette.”

That announcement will be made tonight during or after the ATFR show.