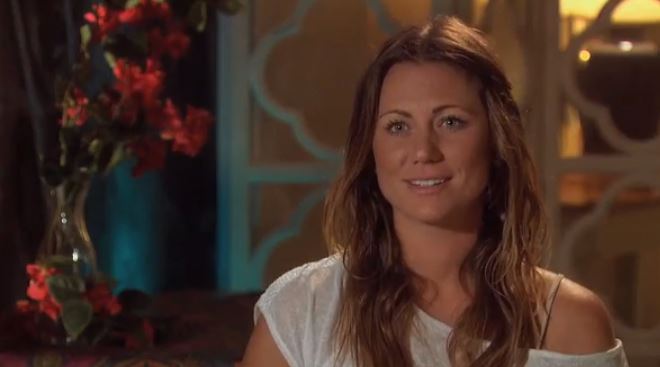 ‘The Bachelor’ Spoilers: Renee Oteri Gets Engaged After Juan Pablo Sends Her Home

Renee Oteri, one of the finalists of “The Bachelor,” is already engaged to someone else after Juan Pablo sent her home.

Oteri’s unidentified fiance has reportedly known her for a long time. It’s unclear why she was participating in the ABC show if she was in such a long term relationship.

She is so happy and has wanted this with her fiance for a very long time!” a source told Us Weekly. “We’re all so happy to see them back together!”

“He is always the one everyone wanted to see her with!” the source added. “She couldn’t be happier.”

Oteri was snubbed by Pablo after she visited her 8-year-old son Ben with him during the recent home dates. She opened up about her life as a single mother on the show.

She also said that she was so enamored with Pablo that she could see them spending the rest of their life together. “I’m dying to tell him that I’m completely, madly crazy in love with him,” she said at one point.

Filming for “The Bachelor” ended in October, apparently giving Oteri plenty of time to get back to her now-fiance.

“Her fiance has known Ben since he was a baby and Renee is so excited to start over with her new family in Seattle,” another source told Us Weekly. “She’ll continue to be a photographer!”