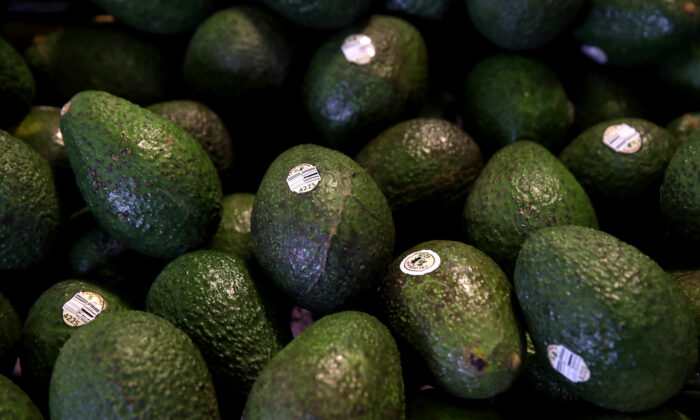 The Avocado Ban Shows the High Cost of Non-Tariff Protectionism

The U.S. government claims this alleged threat was the catalyst for the ban, since, according to the U.S. embassy, “facilitating the export of Mexican avocados to the U.S. and guaranteeing the safety of our agricultural inspection personnel go hand in hand.” The United States has further stated the ban will remain in place “as long as necessary” to ensure the safety of U.S. inspectors.

It might be news to many Americans that the U.S. employs inspectors in Mexico. After all, many Americans still subscribe to an outdated and naïve view of trade relations in which trade is managed primarily through tariffs and goods are simply taxed at the point of entry.

The whole affair of this week’s avocado ban helps illustrate just how much is going on behind the scenes when it comes to imports from Mexico. The fact that a U.S. regulatory agency can unilaterally end imports from Mexico, coupled with the fact that the United States maintains a regulatory apparatus there, helps to remind us that there is no such thing as free trade between the United States and Mexico, in spite of what protectionists continue to cluelessly insist.

Let’s look at some of the ways the U.S. regulatory state has extended itself over Mexican agriculture as well.

For one, the only state in Mexico even approved to export avocados to the United States at all is Michoacán. So, when the United States shuts down trade with Michoacán, the entire nation’s avocado production is locked out of the United States. Moreover, Mexican growers had long been restricted in when it can import, with a season restricted to from October 15 to April 14. (Since 2004, this restriction has been loosened.)

On top of this, a great many regulations govern the production and import of avocados. For instance, the color and size of Mexican avocados are regulated. Mexican packers and farmers must submit to a host of regulations in order to be “certified” as importers into the United States. Regulators monitor growers for potential pests, for the freshness of fruit, and for the timeliness of packing and shipping. This can be achieved through a wide variety of activities such as setting traps to identify pest populations, “foliage sampling,” and visual inspection. All this must be done to obtain a “phytosanitary certificate.”

These are the sorts of activities being overseen by U.S. inspectors and regulators in Mexico, and all of this contributes to significantly raising the cost of producing for the U.S. market. Some of these regulations—such as the ban on summer imports (pdf)—are clearly designed to do nothing other than to reduce competition for domestic sellers.

A Long History of Regulations and Controls

Nor are these sorts of regulations particular to avocados. Since the 1950s, tariffs in many countries have become relatively less popular as non-tariff barriers have become more common. These barriers to trade include

The United States has even shown a particular fondness for these types of trade barriers, and economist Agnieszka Gehringer has noted: “The U.S. appears to be the most intensive user of non-tariff barriers in general and in their main categories. … This is true when looking at the total count of measures applied and at the number of product lines … to which such measures apply.”

This is part of a long history of regulating avocado imports. Prior to 1914, avocados were imported into the United States, but in 1914 U.S. health officials banned avocados, ostensibly to avoid the importation of certain pests. Avocados were not imported again until 1997, subject to many regulations and only in the winter months.

In other words, this week’s new ban is simply a continuation of what has not been anything approaching “free trade” in avocados in over a century.

Trade Policy as an Extension of the Bureaucratic State

Yet we continue to hear from protectionists that Mexican trade has an unfair advantage, supposedly because Mexican producers take advantage of the absence of regulation. This, of course, is obviously false, and if anything, “free trade” agreements like the North American Free Trade Agreement (NAFTA) are better described as extensions of the American regulatory state than as abolitions of trade barriers.

Moreover, we’re now being told that Mexican agriculture ought to be regulated even more, specifically in the name of the environment or fighting crime. For example, a Feb. 16 article from the Associated Press reads like an op-ed justifying the U.S. government’s intervention, strongly hinting that avocados are fueling environmental devastation in Mexico while enabling organized crime. Other countries can grow avocados too, and their avocado crops are—to use one of the Left’s favorite buzzwords—more “sustainable.” Or so we’re told.

The subtext here, however, is one we’ve become quite accustomed to in recent decades: those foreigners don’t do things right. They have “sweatshops.” They use too much water. They have endangered species. They have organized crime. Thus, the moral thing to do is have government bureaucrats ban their products from American stores. Just imagine if other nations had behaved with equal paternalistic moralism in decades past. The fact that the mafia in the United States—a gang of brutal thieves, extortionists, and murderers—was long at the center of organized labor and manufacturing plants would have kept U.S. manufactured goods out of foreign markets for many years. Fortunately for countless American working-class families, that didn’t happen.

Whatever the reason given for controlling trade, we know what this always means in practice: anyone who attempts to buy or import any unauthorized fruit must be arrested, fined, and punished. After all, every protectionist is fundamentally a supporter of regime violence. Trade controls cannot be enforced without police, fines, courts, and prisons.

But is it really the place of the U.S. regime to regulate every farm in every foreign country as a condition of allowing Americans the freedom to access those products? Certainly many think so, including many who claim to be for greater freedom.