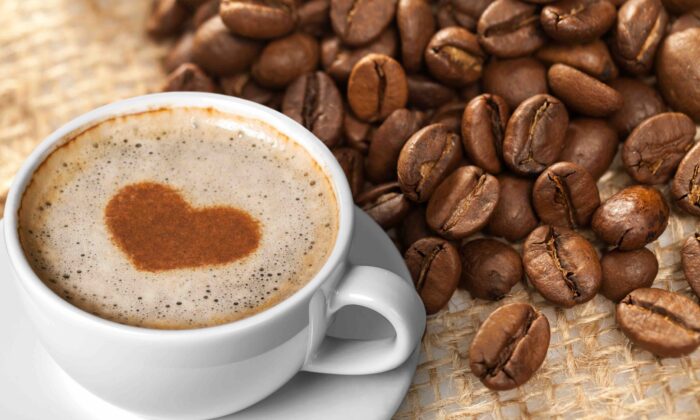 Americans are spending over 7 percent more for a cup of coffee compared to this time last year, according to new data.

A single cup of Joe cost an average of $4.90 in a quick-service shop in the first six months of this year, marking a 7.6 percent increase from the same time in 2021, according to data from market research firm NPD Group, which was cited by The Wall Street Journal.

The cost increases are largely being driven by inflation, which stood at 8.5 percent in July, down slightly from June’s 40-year high of 9.1 percent, although the cost of food still remains high.

According to Labor Department data, food at home (groceries) rose 1.4 percent from June to July, and is up 13.1 percent year over year, as the cost of meats, poultry, fish, eggs, and vegetables all rose. The cost of eating out at restaurants rose 0.7 percent month over month and was up 7.6 percent in July year over year.

A recent Suffolk University/USA TODAY survey found that 45.3 percent of Americans have had to cut back their spending on groceries due to increased costs, and 59.4 percent said they are eating out less often as a result of inflation.

However, it isn’t just coffees purchased at cafes or restaurants that are costing Americans more. According to the Bureau of Labor Statistics, coffee has seen a price increase of 46 percent from October 2019 to July 2022, meaning those making a cup at home are also facing higher costs.

Inflation is not the only thing adding to the soaring cost of a simple cup of coffee, though, according to The Wall Street Journal, which reports that extreme weather conditions have also played a part.

Coffee farmers in Brazil, the world’s leader in coffee production, saw their coffee crops affected by both drought and frost last year, which curtailed the amount of arabica beans they typically produce. That in turn could put further strain on international supplies and result in customers paying more for their coffee.

Meanwhile, demand for coffee has also risen, with consumption up 4.6 percent in the first quarter of 2022, according to Reuters.

The situation may also be further strained as coffee bean output from Vietnam, the world’s second-largest coffee producer, is also expected to fall 6 percent, to 1.72 million tons in 2022–23, Time reports.

Despite the increased costs, Americans don’t appear to be holding back when it comes to buying their favorite cup of coffee.

According to a report from the financial-services provider Rabobank, cited by the Journal, spending at coffeeshops and bakery cafes increased 1.9 percent in June, compared with the same period last year.

Coffee consumption has soared post–COVID-19, according to the National Coffee Association, which states that 66 percent of Americans now drink coffee each day.