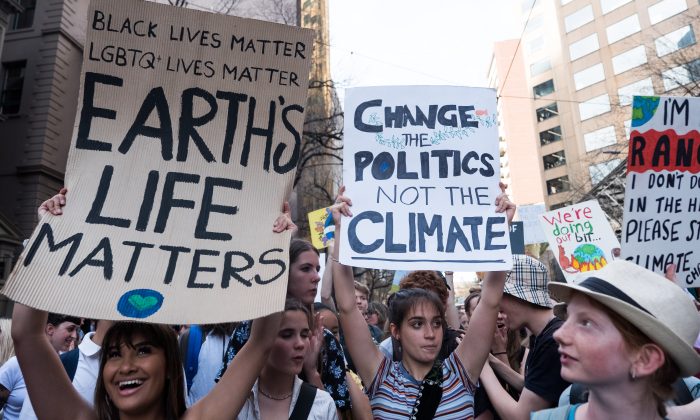 With the Liberal-National Coalition government about to officially sign onto a 2050 net-zero emissions target, many Australians are wondering what the point of the 2019 election was.

The Coalition won an unlikely third term after it told mainstream Australians it would prioritise their jobs and livelihoods ahead of any further emissions reduction efforts.

But now, the Coalition is on the cusp of adopting Labor’s policy, one that Prime Minister Scott Morrison described before the election as “reckless.”

This is further evidence that debate in Australia’s democracy is taking place within what seems to be an ever-receding set of boundaries that are vigorously policed by the elites and the political class.

On all the big issues facing Australia’s future, from climate policy and housing affordability to mass migration, many mainstream Australians feel like they are being denied the opportunity to fully participate in debate and have their say.

And our system of compulsory and preferential voting means that there is little electoral incentive for the major political parties to reach out to voters who feel alienated and voiceless.

That is why faith in our democracy has been crumbling. The Australian National University’s Australian Election Study shows that 59 percent of voters were satisfied with democracy in 2019, down from 86 percent in 2007.

This figure will, in all likelihood, continue to decline.

Too often, the concerns of ordinary Australians are overlooked by a class of would-be philosopher kings who think they know what’s best for the country. But this is causing serious cultural and political disillusionment.

When he announced his retirement from Australian politics earlier this year, National Party MP George Christensen said that he didn’t think many of the issues important to mainstream Australians “can be properly fixed by legislation and via the ballot box.”

“The mainstream media, and other cultural institutions in this nation, sadly have the dominant influence over our politics … And these institutions are just so disconnected from the views of everyday Australians,” Christensen said.

And he is right.

It was concerning, for example, that it was not a robust public debate, much less a vote, that cleared the way for Scott Morrison to adopt a net-zero target. Instead, it was a 16-page “Mission Zero” explainer on the target contained in the capital-city tabloids published by News Corp.

When News Corp joined the fold, the Morrison government had the blessing of all the major big businesses and their lobby groups, every mainstream media outlet, the taxpayer-funded public broadcaster, and most of the political class to adopt a net-zero policy.

Everyone, that is, except the Australian people.

Institute of Public Affairs (IPA) research has identified that up to 653,600 jobs could be put at direct risk by a net-zero emissions target.

It’s hard to imagine these Australians and their families and communities would vote for the economic self-harm of a net-zero emissions target if given a choice.

But we don’t have to imagine, because this is exactly what they voted against at the last federal election.

Referring to those who delivered a third-term Coalition government as “quiet Australians” is fitting, not because these voters weren’t vocal at the election—they were among the most vocal of the Coalition’s base—but because they have been deprived of their voice in the time since.

Cian Hussey
Contributor
Follow
Cian Hussey is a Fellow at The Centre for the Australian Way of Life at the Institute of Public Affairs, and the Managing Editor of Essays for Australia.
cianjhussey