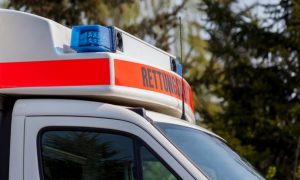 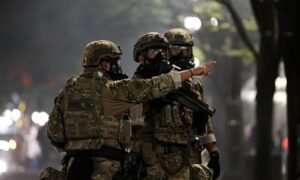 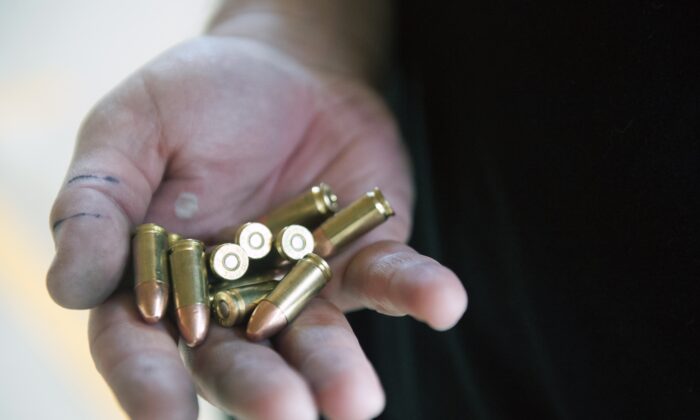 A person holds bullets in a file photograph. (Jason Connolly/AFP via Getty Images)
US News

The Atlantic magazine published a story claiming a police officer shot a young boy for no apparent reason and was not punished for it.

Author Derecka Purnell, a lawyer, wrote that she was 12 years old when she witnessed her first shooting.

Purnell claimed that the police officer was “angry that his cousin skipped a sign-in sheet at my neighborhood recreation center.”

“I was teaching my sister how to shoot free throws when the officer stormed in alongside the court, drew his weapon, and shot the boy in the arm. My sister and I hid in the locker room for hours afterward. The officer was back at work the following week,” she added.

Purnell used the memory in an essay about how the police should be abolished.

“I wouldn’t have hid in the locker room for hours because of a police shooting, and maybe my sister would have a better jump shot,” she wrote later.

An investigation into whether the shooting took place by The Federalist found signs that it did not.

“That does not sound remotely familiar, and I’m from here,” Jacob Long, a former reporter who is now a spokesman for the mayor in St. Louis, told the online magazine.

The Atlantic updated the story on Monday.

It now describes the person who carried out the shooting as a security guard.

“An earlier version of this article described the shooter as ‘a cop.’ In fact, he was an armed, uniformed security guard working at the municipal recreation center, employed by a security company under contract with the city of St. Louis. In addition, the author was 13, not 12, at the time of the incident,” a note appended to the article reads.

The Atlantic did not respond to requests for comment about its fact-checking process.

Purnell wrote on Twitter that her story was updated with corrections.

“When we say abolish the police, that includes private police, too. Thank you for reading,” she added.

Ben Domenech, editor-in-chief of The Federalist, said that Purnell had lied.

“She lied about the cop shooting that led her article. It wasn’t a cop. It wasn’t a kid. And there were consequences. Otherwise she was totally honest,” he wrote on social media.

“You falsely claimed a cop shot a kid and nothing happened to him. In reality, it wasn’t a cop, a kid wasn’t shot, and the shooter was arrested,” added Sean Davis, co-founder of the magazine.