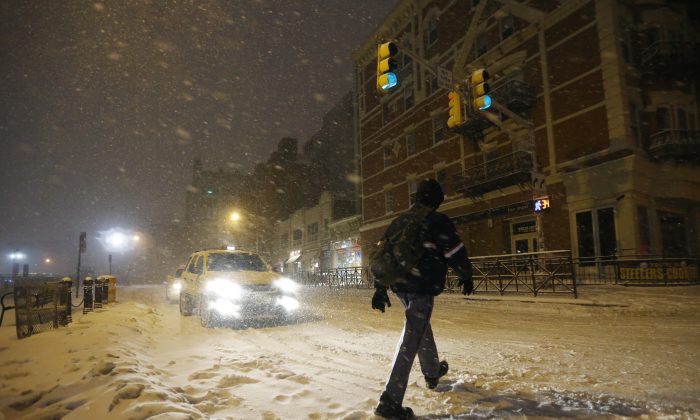 A New Jersey couple planned to check out how much snow the blizzard dropped outside their home, but after they prepared to step outside they found snow covering their entire doorway.

They were shocked to realize that their door was practically sealed shut from the snow, Yin told ABC.

Imagine waking up to this! – NJ couple snowed in after historic blizzard. #Blizzard2016 https://t.co/IuR3qMvOTt pic.twitter.com/zxYFItIRlQ

Got a shovel?”@ABC: NJ couple snowed in after #blizzard2016 dumped 27 inches in their town: https://t.co/1BnED3fVsz pic.twitter.com/VqamQKqI43“

Middlesex County was slammed with 27 inches of snow over the weekend.

“My wife was worried. That’s why we emailed our property manager,” Yin said.

A crew finally made it to the area on Sunday morning, and spent about an hour clearing the snow away from the door.

Yin said his neighbors’ front doors were spared of the massive buildup.

Yin said he and his wife did check their garage and back door to make sure they had an exit in case of emergency.