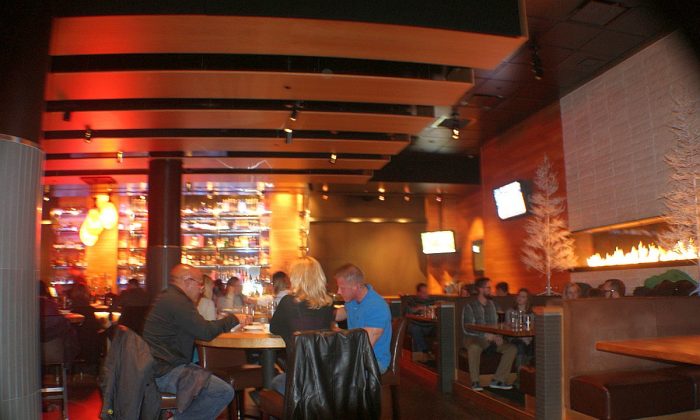 The Art of Cooking Great Seafood

Hershey, Pennsylvania is not near a fishing port. While it would seem an unlikely place to build a restaurant that specializes in seafood, Devon Seafood Grill, on Chocolate Avenue downtown, has established a network of suppliers that fly fresh fish in from around the world. The secret to preparing good seafood is ocean fresh and culinary skill.

Hershey is the town that chocolate built. Devon is just a driveway away from the Hershey Story. There is Hershey Park, ZooAmerica and world famous The Hotel Hershey all within a stone’s throw of fine dining. Visitors are enthralled by the history of the town built by Milton S. Hershey to support his chocolate factory workers. Hershey turned failure into success and the legend is well told in the museum that houses the Hershey Story.

Devon Seafood Grill’s entrance faces the Hershey Story building. Inside diners find modern decor. There are tall ceiling lights, butcher block tables of fine wood, leather banquettes and good service. At luncheon, when the server was told we wanted to get back to Hershey Park, he was efficient, immediately had bread on the table and our salad and grilled asparagus served quickly.

The service was good and he luncheon so nicely presented, we decided to have dinner at Devon that evening. This time Melinda served us. She indicated that it is never more than 72 hours between the time the fish is caught and it is served at Devon. Of their New Zealand raised salmon she said it had a silky, delicate flavor. Dime size sugar cured scallops were that evening’s specials.

Devon’s menu is a broad sheet. One side has the wine list the other the menu. Josh Becker, the bar manager, came to table and suggested the Wagner wines from their Caymus vineyards in Napa Valley, California. We chose the Wagner Emmolo Sauvignon Blanc 2012. It was served in a carafe. Quite a nice selection to go with seafood. A 9 ounce carafe is $22. Devon offers sparkling wines and Champagnes like Dom Perignon, Epernay 2004 for $215 a bottle at the most expensive to Domaine St. Michelle brut sparkling wine at $31 a bottle. Oyster Bay Chardonnay from New Zealand is $35 a bottle and bold, red Cabernet Sauvignon from Cotes du Rhone, Chateau Mont-Redon is $47 a bottle.

Starters at Devon include fried calamari, oysters Rockefeller, steamed Little Neck clams and Prince Edward Island mussels. Starters run from about $8 to 13. The clams were superbly served with white wine garlic broth. So tasty that dipping bread crusts proved sensational. The mussels were served with white wine and garlic, the sauce an equal treat with a crust of bread after the mussels were devoured. The calamari was crispy and tasty.

For shellfish lovers Devon offers Canadian cold water lobster tail at $39, Alaskan king crab legs, $55 and a 1 1/4 pound Maine lobster for $34. Fresh fish are featured daily. Atlantic salmon comes from Canada. It is seared to perfection on the grill at $27. Hawaiian Opah and Ahi tuna as well as Block Island swordfish and seared Georges Bank scallops from Massachusetts are regularly featured.

Beef lovers will find shallot herb butter grilled steaks tender and delicious at Devon. Their 18 ounce USDA certified prime Angus rib eye is served with the bone at $43. The steak comes to table grilled to perfection. The beef is tender and succulent with juices seared in making it a delicious choice if seafood is not selected. Sides run about $4 and include grilled asparagus, whipped Yukon gold potatoes and roasted mushrooms in truffle butter.

Bethany Hopkins is Devon’s sous chef. Born in Pittsburg, she embarked on a musical career as a singer before going into culinary arts. She attended Indiana University of Pennsylvania and moved to Hershey in 2009 when Devon opened.

“I started making salads and desserts,” she said. “We change the menus every day, sometimes twice a day when we get fresh fish and oysters.” When asked what she likes to cook best, the sous chef replied, “I like everything off the grill especially grilled fresh fish.”

Bethany described her favorite cooking saying, “I’m a real home style person. Good home cooking. I like Italian food. I worked in an Italian restaurant in the Pittsburg area. Cooking was a complete win once I went to cooking school. I love cooking. It is my passion now. Here we get fresh seafood off the boat yesterday and we put it on the plate today. Purveyors ship it right to the nearby airport from Hawaii, South Carolina, Alaska,” Bethany said enthusiastically.

“This weekend coming up Devon will celebrate its sixth anniversary,” Josh Becker said. He has been with Devon from the start, setting the restaurant up even before it opened. He is an enthusiastic ambassador for the restaurant’s fine food and excellent service.