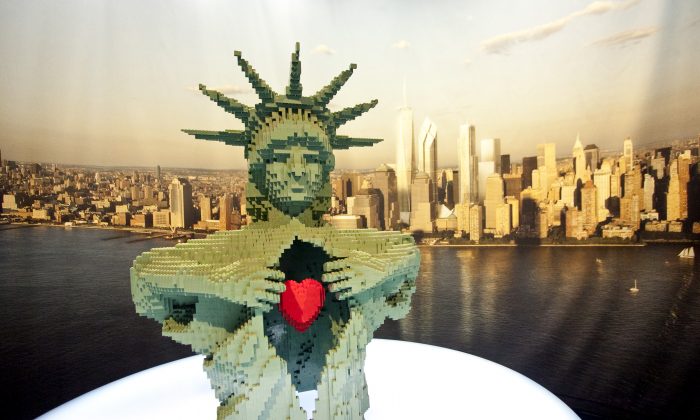 Monumental, an interpretation of the Statue of Liberty in LEGO® by New York-based artist Nathan Sawaya at Discovery Times Square in New York, June 14, 2013.
News

NEW YORK—It is one of the most recognizable toys in the world, and now it is the stuff of an intriguing art exhibition in New York City’s Times Square. The Art of Brick® is an exhibition of sculptures made of LEGO® by renowned contemporary New York-based artist Nathan Sawaya.

The critically-acclaimed exhibit has already enjoyed record-breaking runs to sold out crowds in Singapore, Taiwan and Australia prior to opening in New York on June 13, 2013.

Visitors to the most elaborate display of LEGO® ever can expect to walk under a 20-foot-long T-Rex dinosaur skeleton and come face-to-face with a giant skull.