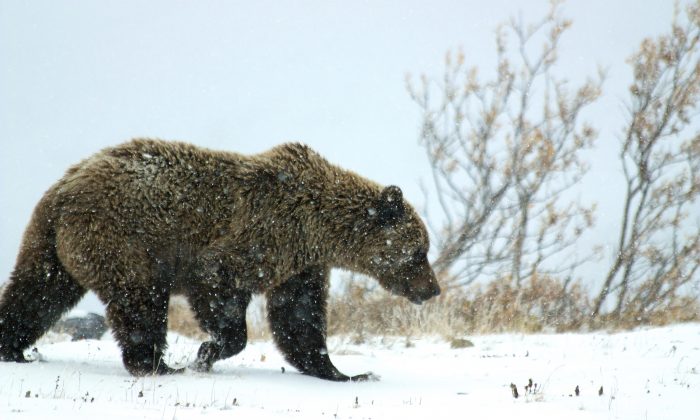 The Arctic Emits More Methane Than We Thought

Until now scientists assumed the Arctic tundra was releasing almost zero methane when the soil surface is frozen during the cold months, which run from September to May. But a new study suggests that’s not true.

The Arctic is releasing at least as much methane during its cold season as it does during the summer, scientists say.

Methane is the second most prevalent greenhouse gas that intensifies atmospheric warming and is 25 times more potent per molecule than carbon dioxide over a 100-year period.

“The overwhelming majority of measurements for methane emissions in the Arctic over the last decades have been performed during the two to three summer months, while the cold period accounts for nearly 80 percent of the year,” says Donatella Zona, from the animal and plant sciences department at the University of Sheffield. “Virtually all the climate models assume there’s no or very little emission of methane when the ground is frozen. Our study shows that assumption is incorrect.”

The study, published in the Proceedings of the National Academy of Sciences, shows that methane emissions during the cold period in the Arctic could account for 50 percent of the entire annual methane loss into the atmosphere.

The water trapped in the permafrost does not freeze completely at zero degrees Celsius. The top layer of the ground, known as the active layer, thaws in the summer and refreezes in the winter, and it experiences a kind of sandwiching effect as it freezes.

When temperatures are right around zero degrees Celsius—the so-called “zero curtain”—the top and bottom of the active layer begin to freeze, while the middle remains insulated. Microorganisms in this unfrozen middle layer around zero degrees continue to break down organic matter and emit methane many months into the Arctic’s cold period each year.

To find out how much methane is emitted during the Arctic winter, researchers oversaw the upgrading of five sampling towers to operate continuously year round above the Arctic Circle in Alaska.

They recorded methane emissions from these sites over two summer-fall-winter cycles between June 2013 and January 2015. A major portion of methane emissions during the cold season were observed when temperatures hovered near the zero curtain.

“This is extremely relevant for the Arctic ecosystem, as the zero curtain period continues from September until the end of December, lasting as long or longer than the entire summer season,” Zona says.

“These results are opposite of what modelers have been assuming, which is that all of the methane emissions occur during the warm summer months and the cold-season methane contribution is nearly zero.”

The new study also found that the highest emissions of methane occur from non-inundated upland tundra—areas which until now have been assumed to be a negligible contributor to the methane budget.

“Non-inundated sites can be high methane emitters, but we also found that these drier sites presented the highest relative contribution of cold season methane emissions of the annual methane budget,” Zona says.

Is Past Freeze Good News for Antarctic Ice Sheet?

Antarctic Ice Sheets Might Last Longer Than We Thought

The Arctic cold season is traditionally ignored by researchers due to the challenges faced during that time including the need for specialized instruments and the expense of travel costs.

To test whether the study’s site-specific sampling was representative of methane emissions across the Arctic, the researchers compared their results to measurements recorded during aircraft flights over the region made by NASA’s Carbon in Arctic Reservoirs Vulnerability Experiment (CARVE).

“The site-level data were well aligned with the larger-scale aircraft measurements,” Zona says.

“Now that we know how important the winter is to the methane budget, we are working to determine the long-term trends in greenhouse emissions from tundra and their sensitivity to winter warming,” says coauthor Steve Wofsy from Harvard University.

This article was originally published by University of Sheffield.