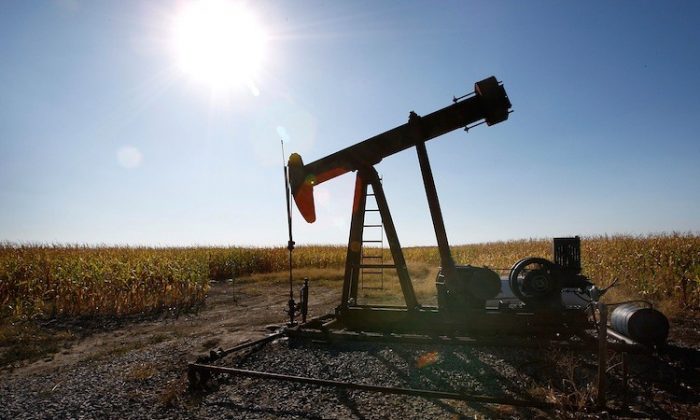 The Anthropogenic Global Warming Hypothesis and the Causality Principle 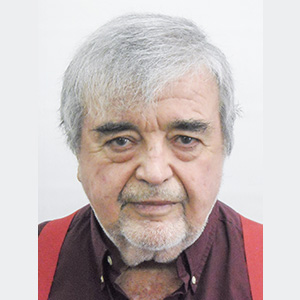 An argument continues to rage in the scientific community about the scientific validity of global climate change and, in particular, global warming. In essence, the argument concerns the validity of the Anthropogenic Global Warming Hypothesis (AGWH), which is the foundational hypothesis of Global Warming (Change) Science and assumes that the rise in the global mean temperature is directly caused by human-generated carbon dioxide (CO2) produced primarily via the burning of fossil fuels.

This hypothesis also serves as the key hypothesis of various global warming models, particularly those used by the Intergovernmental Panel on Climate Change (IPCC) to predict global temperatures into the future.

However, this hypothesis foretells the result that the global mean temperature rises with the concentration of CO2 in the atmosphere, so it is not surprising that the models predict exactly that. As anyone who is skilled in the fundamentals of modeling complex physico-chemical systems knows, such a hypothesis is illegitimate because of the bias that it imposes on the result.

That alone is sufficient reason to reject the results of the models and is a good reason to develop alternative models that are not burdened with this illegitimate hypothesis. However, as devastating as that may be, a much more serious problem exists as to whether the AGWH is even correct.

A review of the relevant literature failed to uncover any fundamental, scientifically valid support for the AGWH, and it appears to have been adopted simply because it was seen by some as describing the “obvious” impact of industrialization on the perceived rise in temperature and for a desire by some to return civilization to a pre-industrialization state. However, that perception does not meet the rigorous standards of scientific proof.

The AGWH appears to have had its genesis in the IPCC’s mandate in 1988 that seems to have taken as fact that man is responsible for at least a significant part of the current global warming. Consequently, the AGWH became the foundational hypothesis of climate science as we know it today.

The fact that the excursion in temperature appears to precede that in the concentration of CO2 in the atmosphere has been noted by others, but, to the author’s knowledge, it has not been previously interpreted directly in terms of the Causality Principle, as presented here, that provides the rigorous scientific basis for establishing scientific validity or lack thereof.

The Causality Principle (CP) originates from Aristotle’s treatise titled “Physiks,” which was published in 450 B.C. The CP may be expressed as: “Every effect has a cause, and the cause must precede the effect.” Furthermore, “for a complex system comprising a series of processes, if any step is non-causal then so is the entire process.”

The CP can be illustrated by a simple example. A gun is designed to fire (the “effect”) only when the trigger is pulled (the “cause”). When that occurs, the process of firing the gun is said to be “causal” and complies with the science (via the firing mechanism).

On the other hand, if the gun fired (the “effect”) before the trigger was pulled (the “cause”), the process is “non-causal” and is not allowed by the firing mechanism (i.e., the “science”) and it will not happen however long you wish to wait.

The compliance of the AGWH with the CP will be examined in terms of the reported CO2 and temperature data as taken from ice-core data that are available in the published literature.

The most extensive ice core records are those of Lake Vostok in Antarctica. Close examination of the temperature anomaly and atmospheric CO2 records show that the fall in temperature precedes the fall in CO2.

As for the rises in temperature, it is harder to tell because when you look at a small chart of the entire 400,000-plus-year record, it shows that the CO2 and the temperature rose around the same time. However, plots on expanded scales covering 50,000 years, for example, clearly show that the increase in temperature precedes the increase in atmospheric CO2.

Because it is not possible to distinguish between natural CO2 and CO2 arising from the burning of fossil fuels, the lack of causality as expressed by the AGWH must hold for both.

Accordingly, the relationship proposed by the AGWH between CO2 and the change in temperature is non-causal and is not scientifically valid.

There are many sources of CO2 other than humans burning fossil fuels, such as volcanic eruptions, forest fires, animal (including human) breathing, decay of plant and animal matter, and the world’s oceans that are the great repository of all CO2 regardless of its source. Thus, if the change in temperature is responsible for the change in atmospheric CO2 as indicated by the ice-core data, then a more logical source/sink of the CO2 is outgassing/ingassing from the oceans (as has been noted by many others) in response to changes in the irradiance and orbital motion of the sun, as is discussed below.

That process at least has the legitimacy of the cause-and-effect relationship. It is therefore difficult to find where any direct human element negatively impacts the entire process.

In fact, higher CO2 levels promote plant growth, as evidenced by the sharp increase in crop yields and the “greening” of planet Earth as the concentration of CO2 in the atmosphere has risen since the onset of the Industrial Revolution, as some experts have noted. The case can be made that the reason why the Earth can sustain a 7+ billion population is because of the increased crop yields resulting from the higher levels of atmospheric carbon dioxide.

My analysis argues that climate change is not the result of rising CO2, whether manmade or not, since that relationship is non-causal. This begs the question then: “What is the likely cause of the observed rise in global temperatures?”

As noted by many authors, the global mean surface temperature (GMST) has displayed a slight downward trend since 2001. None of the climate models employed by the IPCC had predicted this cooling, which is now termed the “pause.”

It is not surprising to learn that this period corresponds to the maximum in the total solar irradiance (TSI), in which the TSI is not changing significantly with time or is slightly decreasing towards the next solar cycle minimum.

We should have experienced another solar maximum in 2018–2019 and should now be on the path to the next solar minimum in about 2030.

It is known that the TSI is directly proportional to solar activity as expressed by the Greenwich Sunspot Activity (GSSA), a finding that was first discovered through a NASA experiment. The GSSA represents the general level of solar activity.

However, evidence throws some doubt on TSI being the sole driver of temperature change so that the caution expressed previously concerning correlations is well justified.

Digby Macdonald
Follow
Digby D. Macdonald is a native of New Zealand, a naturalized US citizen, and is a Professor in Residence (semi-retired) in the Departments of Nuclear Engineering and Materials Science and Engineering at the University of California at Berkeley. He holds B.Sc. and M.Sc. degrees from the University of Auckland and a Ph. D. from the University of Calgary (1969), all in Chemistry. Prof. Macdonald has published more than 1100 papers in peer-reviewed journals and conference proceedings and has published four books. He is a Fellow of the Royal Society of Canada, the Royal Society of New Zealand (the “National Academies” of those countries and is a Member of the EU Academy of Sciences. He enjoys a H-index of 79 and his papers have been cited over 27,846 times.