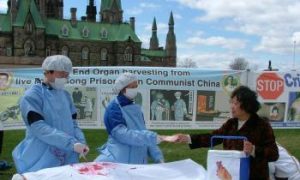 Mankind invented calendars to keep track of time. The ancient Chinese calendar is probably among the most complicated calendar systems there are. It remains a mystery even to many Chinese people.

There are three types of calendar systems: solar, lunar, and solar-lunar calendars. A solar calendar uses the time it takes for the Earth to go round the Sun once as one year. The current solar calendar is the Gregorian calendar, established in year 1582, when Pope Gregory XIII reformed Julius Caesar’s calendar. A lunar calendar uses the time that it takes the Moon to go round the Earth as one month. A lunar year is about 11 days shorter than a solar year. The ancient Chinese calendar is a solar-lunar calendar. The months are set according to the cycles of the Moon, and the years are set according to the solar year. In order to match the months to the seasons, a leap month is created. The Chinese usually refer to the ancient Chinese calendar as the “lunar calendar.” It is also called the “agriculture calendar."

An important aspect of the Chinese calendar is the sexagenarian cycle. This is a combination of the 10 “heavenly stems”, tiān gān (天干), and the 12 “earthly branches”, dì zhī (地支).

The calendar system during the Warring States (475 – 221 B.C.) period was called the “quarter calendar.” One year had 365 and a quarter days. One month had 29 and 499/940 days. It was a collection of results from research in astronomy . The first complete calendar in China was established in Emperor Han Wu’s 7th year in reign, which is 104 B.C. There were 365 and 385/1539 days in a year and 29 and 43/81 days in a month. Before the western calendar spread to China, the Da Tong (meaning “big unity”) calendar was the last common calendar. In the Chinese calendar, there is no continuity in the numbering of the years. When a new emperor came into power, the numbering of the year recommenced and began at zero. The Da Tong calendar uses the Ming Dynasty Emperor, Hong Wu’s 17th year in reign (1384) as the start of the calendar.

The current Chinese calendar is the one modified in Qing Dynasty Qian Long’s 7th Year (1742) in reign. It uses 1723 as the start of the calendar.