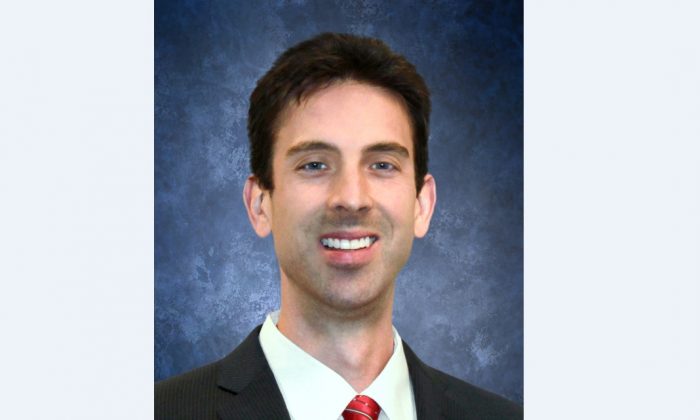 Bitcoin companies can be ‘extraordinarily profitable,’ and they are growing
By Valentin Schmid

Epoch Times: Why is bitcoin technology more efficient as a payment system?
Gil Luria: It’s not yet a better network, but it’s a better technology than Visa and MasterCard because it doesn’t have a centralized hub, it doesn’t charge excessive fees, doesn’t have the extra fees for cross border transactions, and doesn’t have minimum fees.

This makes a lot of less expensive transactions possible, like microtransactions and cross border remittances, in a way, and at price points that are currently not available.

Epoch Times: Which bitcoin companies do you like?
Mr. Luria: I think the one that’s really stepped ahead of the pack is CoinBase, then you have BitPay.

Also, there are a lot of visions emerging for what could happen more viably with the centralized asset ledger and the bitcoin protocol, and that’s where the promising endeavors like Ethereum and Mastercoin, and sidechains now are coming into play where we can do a lot more than payments.

CoinBase is primarily a wallet, but also a merchant account provider. BitPay is only a merchant account provider. CoinBase has far upward of a million customers, and it’s not just customers in the sense of a website that has got somebody to sign up, if you are a CoinBase customer, you have provided your checking account number and most likely have committed some of that money. So, that makes it a pretty big bank on any terms, not just bitcoin terms.

Then BitPay has gathered more than tens of thousands, and it’s gathering online retailers at hundreds a day that are accepting bitcoin, and again, just the rate that those two are growing is extraordinary.

Epoch Times: Why is China regulating bitcoin to death?
Mr. Luria: I think China, it changes day by day. … So, we don’t know exactly what’s going on in China, but broadly speaking, I think there are a couple of contradictory trends in China.

One is they would like nothing more than to have the global currency of trade not be the dollar, so I think there’s some built-in support. The culture or the trading culture is very developed, and so bitcoin with its huge movement is very appealing.

On the flip side it don’t want—the Chinese government certainly does not want—its citizens to be able to get money out of the country freely, and I think that’s really why it’s cracking down.

Why they didn’t just completely outlaw bitcoin is beyond me. They can do that, as a country, they can actually do that. Instead they’ve decided to just limit and curtail it, and then they backpedal a little bit, but by and large they decided to limit and contain the use of bitcoin.

It’s understandable. They have a controlled currency, and they don’t want anybody to get capital out of the country. So, I think anything but a complete shutdown is a surprise.

Gil Luria is a managing director covering financial technology stocks at Wedbush Securities. Mr. Luria holds a bachelor’s degree in economics from Hebrew University and an MBA from Columbia Business School. Mr. Luria was among the first to publish research on bitcoin, and Wedbush was the first U.S. financial institution to accept bitcoin payments.