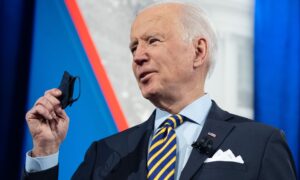 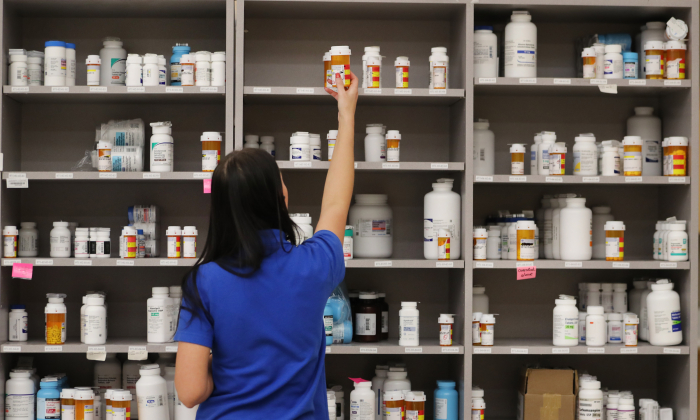 A pharmacy technician grabs a bottle of drugs off a shelf in a file photo. (George Frey/Getty Images)
Viewpoints 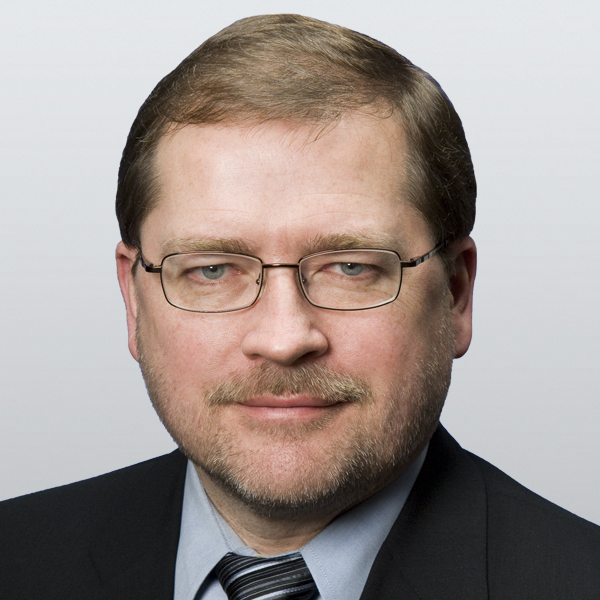 One of the lessons for Republicans in Congress from the 2020 election is that they should not be fooled into thinking the American people support socialism.

With control of the House, Senate, and the White House, Democrats are poised to push socialist policies including price controls on the entire healthcare system, Green New Deal mandates and subsidies, and massive tax hikes and spending. Republicans should reject these efforts knowing that they are unpopular with voters.

Let’s take one example of these socialist policies: price controls on medicines.

Democrats in Congress passed and campaigned on the “Lower Drug Costs Now Act,” legislation that forced manufacturers to accept government-set prices as dictated by federal health bureaucrats or pay a 95 percent excise tax on hundreds of medicines.

This was not a good faith effort to lower drug costs, but an attempt to expand the size and scope of government that would move the country closer to socialism. The proposed 95 percent tax is so onerous that the Congressional Budget Office estimated that manufacturers would be forced to comply with government price setting or discontinue selling drugs in the United States.

At a time when new cures and vaccines to fight the Coronavirus pandemic are more important than ever, the proposal would also lead to 100 fewer new medicines over the next decade, according to a study by the Council of Economic Advisors.

How did this message play to the electorate? Not very well. House Democrats expected to pick up 10 to 15 seats, instead they lost that many. Senate Democrats only narrowly took back the Senate—again performing below their expectations.

Individual Democrats even admit that socialist policies cost them races.

For instance, on a conference call of House Democrats shortly after the election, Rep. Abigail Spanberger (D-Va.) criticized those who were pushing socialism, stating “We need to not ever use the word ‘socialist’ or ‘socialism’ ever again … we lost good members because of that.”

Rep. Spanberger is not alone in this assessment. House Majority Whip Jim Clyburn (D-S.C.), the third ranking Democrat in the House, said that socialist policies were a “real burden” for members running in moderate districts—including the many districts that caused Democrats to take back the House in 2018.

In Florida, incumbents Donna Shalala (D-Fla.) and Debbie Mucarsel-Powell (D-Fla.) lost after they were unable to shake the charge that they supported socialist policies. On the other hand, Republicans who voted against the plan, like Rep. Brian Mast (R-Fla.) won reelection by comfortable margins despite attack ads being run against them.

Clearly, voters were not swayed by socialist policies.

First of all, the attack was clearly misleading. While Sen. Tillis opposed one piece of legislation supported by Senator Chuck Grassley (R-Iowa) and Senator Ron Wyden (D-Ore.), he supported other measures to lower drug costs.

It is also worth noting that North Carolina has 45,000 pharmaceutical manufacturing jobs and 250,000 direct and indirect jobs that are promoted by medical innovation. Voters recognized that this line of attack was a left-wing talking point and that the socialist policies being pushed by the left would cost high paying jobs in every industry, including in the pharmaceutical sector. Sen. Tillis stood strong and rejected “solving” the issue through government taxes and mandates.

Just like in the House, these attack ads did not work—Sen. Tillis won his race and ran ahead of the Presidential election by 25,000 votes.

Republicans should remember this lesson of the 2020 election.

Voters do not support the socialist agenda of Congressional Democrats to impose trillions in new spending, new taxes, and more government rules and regulations. Republicans must not get fooled into working with the Left on these socialist policies, whether this is on healthcare, or on other issues.

Grover Norquist is founder and president of Americans for Tax Reform.