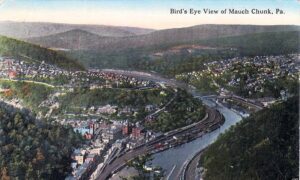 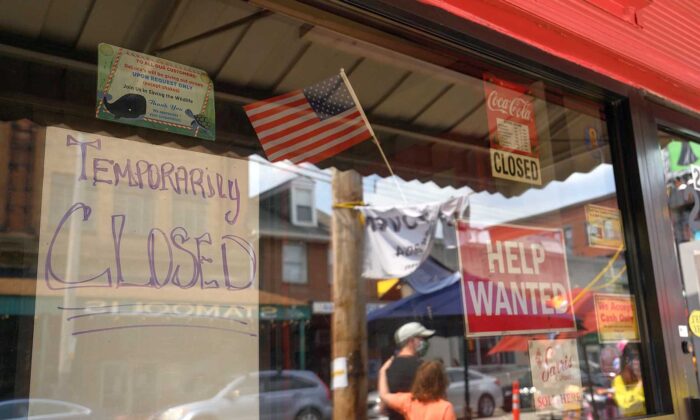 PITTSBURGH—It’s 4:30 in the morning, and Raymond Mikesell’s alarm has gone off.

Within an hour, as the first rays of pink and orange morning light reflect off the skyscrapers in the city, Mikesell is at his restaurant, Cafe Raymond, in the Strip District, the city’s Main Street for small businesses.

On his way to the restaurant, he stops by the food terminals, hoping they will have the produce and stock he needs for the day. But he ends up having to turn away the beverage distributor at his own loading dock.

“I ordered over $1,000 in bottled water, tea, and drinks and he tells me he only has about $100 worth of the supplies I ordered for the day. It’s the third time this week this has happened,” said Mikesell, 55, shaking his head.

And, as far as workers go, all he can do is hope that everyone shows up for their shifts and that maybe today someone will answer the ad he placed in March looking for servers.

So far, he said, no one has shown up to interview for the jobs, which pay more than the $15 an hour progressives have demanded all businesses—including small ones—pay employees.

Joe Mistick, sitting on the balcony of Cafe Raymond, said the problems that small-business owners face here in the Strip District are a microcosm of what’s happening across the country.

There are 30.7 million small businesses in the United States, accounting for 99 percent of all American businesses, according to data collected by the U.S. Small Business Administration.

And a lot of small businesses in America are facing a crisis right now that stems from a perfect storm of problems: a short-handed workforce, a broken supply chain, and inflation that is very real, despite President Joe Biden’s dismissal of it as “temporary.”

Generous federal unemployment benefits funded by Biden’s American Rescue Plan currently give people $300 per week in federal money to supplement state jobless aid, which also averages $300 a week. Add those numbers up, and the motivation for workers to stay home rather than get a job is real.

“We Are Hiring” signs are plastered all over small shops in the Strip District. A poster saying “Temporarily Closed” has hung on the door of Deluca’s Diner for weeks because they can’t find servers and cooks, according to the owner’s father.

This has all led to a broken supply chain, explains Jimmy Coen, owner of three sports-themed variety stores called Yinzers.

As a result, shortages in everything have spread across the country—from labor to lumber and from swimming pool chemicals to ketchup packages. Even if products are getting made, there’s a dearth of drivers to deliver them.

Coen is president of the Strip District Business Association that includes nearly 30 small businesses along Penn Avenue. He said that, without getting the goods they need, small-business owners will be forced to raise prices to make ends meet.

“These shortages are what is making inflation skyrocket,” he said.

The cost of fresh meat is especially out of control, Mikesell said.

“Brisket went up 30 percent easy, beef, in general, is going outrageous. So has salmon. So has chicken. And don’t get me started on fuel charges for when you do deliveries.”

Mistick said everyone on Penn Avenue hustled last year to figure out how to stay afloat amid the closures caused by the pandemic.

“Raymond was creating Sunday dinners for four for families to pick up, Jimmy was selling masks on tables in front of his stores, Pennsylvania Macaroni was shipping their Italian groceries on dry ice to their customers. They all worked hard to survive, and they did.”

If you had told Mikesell midway through the COVID-19 crisis that when the economy started to rebound he wouldn’t be able to bring in workers nor supplies, he never would have believed you.

“Honestly I am shocked,” he said. “It blows my mind that this is where we have ended up.”