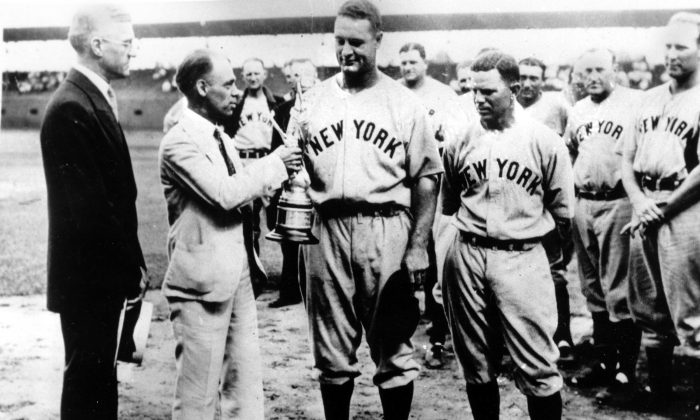 All kinds of hot stove rumors, trades, talk are part of the baseball scene these December days but no baseball. Still there are enough fans much interested in all things Yankees. So as a result of popular demand—here is the third installment of the brain-teaser called ULTIMATE YANKEE QUIZ. (No peeking at answers below)

Incidentally, your loyal scribe is hard at work on what is being billed as “The Ultimate Yankee Book” so if you have questions and answers, stories, sidebars, please send them along for the book. Harvey.Frommer@Dartmouth.edu.

Now—let’s get to the quiz:

31. Who founded “Yankeeland Farm” in Frederick, Maryland after his playing career ended and had a successful career as a breeder?

32. Who was the central figure when the first Old-Timers game was staged in a major-league park and the first uniform number retired?

33. Who was the General Manager before Brian Cashman?

35. Who was nicknamed “Chairman of the Board?”

36. Who was the last Yankee and major leaguer to wear Number 42?

41. What pitcher did Bucky Dent hit the go-ahead home run off at Fenway Park in the 1978 tie breaker game?

38. He is still there as of this writing – Joe Girardi