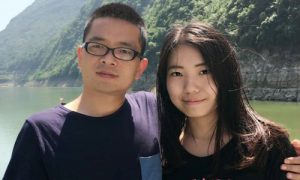 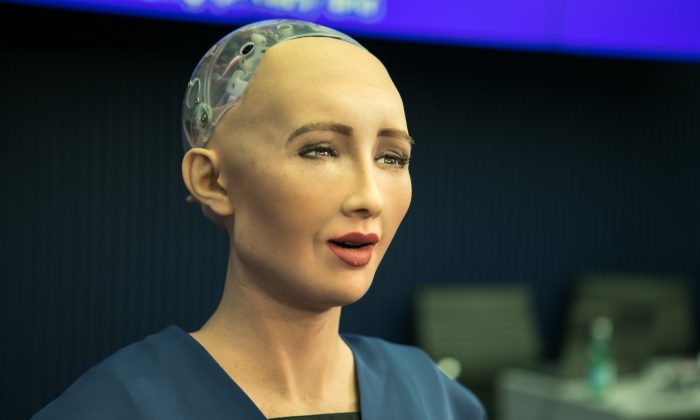 The AI Race: China’s Aggressive Bid to Overtake US as Global Leader

Days later, the Pentagon unveiled an AI strategy to counter threats posed by China and Russia.

The Chinese regime has been developing AI at full speed. As Beijing aggressively develops AI technology for military and surveillance use, experts in U.S. government and think tanks are warning about China’s potential to narrow the United States’ lead in AI development.

In an October 2018 article published in Foreign Affairs magazine, policy analyst Michael Auslin noted that while the United States maintains a slight advantage in the AI arms race, a lack of investment in related fields may place Washington at a disadvantage in future research compared to China.

In January, Elsevier, a global technology and medical-information analytics company, released an analysis report on AI research around the world, noting that China is attracting more AI talent and is “on track to establish a leading position in AI research.”

In fact, as early as July 2017, China’s State Council, a cabinet-like department of the central government, announced a detailed strategy delineating China’s desire to become a “world leader” in AI by 2030.

Li Kaifu, a Taiwan-born angel investor and former president of Google China, gave a speech at the Massachusetts Institute of Technology in November 2017, in which he explained how the Chinese regime has an advantage over the United States in developing AI.

The Chinese regime has the power to manipulate domestic markets and has a budget not made public to the country’s taxpayers—giving Beijing unbridled access to funding.

In addition, in the West, people value privacy and data protection. But in mainland China, the Chinese regime has appeased citizens through spreading the propaganda that technological advances are for the purpose of “national rejuvenation.”

A key step in AI development is the testing and training of AI algorithms. This requires a massive trove of data. In free societies, the ethics of data access is a major bottleneck in AI development. But the Chinese regime doesn’t have any qualms about accessing citizens’ data.

Concrete examples abound. Dr. Xu Li, the founder of SenseTime (also called Shangtang Technology), a Chinese AI startup that specializes in image recognition, told Bloomberg in an August 2017 article that his company used large amounts of video data from police in the southern Chinese city of Guangzhou to develop its video analysis software. He added that most of China’s large cities have set up artificial intelligence research institutes so they can share data with each other.

“In China, the population is huge, so it’s much easier to collect the data for whatever use-scenarios you need,” he said. “When we talk about data resources, really the largest data source is the government.”

By contrast, in 2015, Google’s artificial intelligence lab DeepMind signed a deal with the Royal Free NHS Foundation Trust to obtain some 1.6 million case records from the UK’s National Health Service, as source data for a diagnostic app. But in July 2017, the UK government’s data protection watchdog determined that the deal violated UK data-protection regulations.

Western countries have long studied the applications of AI for military uses.

Likewise, the Chinese regime enshrined the development of AI military applications into its national strategy—as evidenced by Chinese leader Xi Jinping’s speech in 2017 at the 19th National Congress, emphasizing the need to “accelerate the intelligentization of the military.”

But the United States has been cautious about the ethical concerns of military AI research. According to a January report by defense news website Defense One, the Pentagon is working with AI experts in industry and academia to establish ethical guidelines for military AI development.

Google, which participated in the Pentagon’s AI project, Project Maven, last year, was forced to withdraw after protests from more than 3,000 employees, including dozens of resignations. The goal of the Maven project was to apply AI technology to drone video footage and help guide airstrikes. But worry about the lethality of AI weapons, and concern that control of an AI weapon could be lost, made developers in Silicon Valley cautious about working with the military.

In China, by contrast, the Chinese regime’s military research has been classified as a state secret.

It’s difficult for the outside world to fully know the concrete usage of AI by the Chinese military.

In February 2018, Hong Kong newspaper South China Morning Post, citing an anonymous source, reported that the Chinese navy is developing a computer control system for applying AI to nuclear submarines, with the purpose of improving reaction speed and accuracy, and reducing operational and decision-making errors made by human commanding officers under mental stress.

And according to a December 2017 report in the official state-run newspaper of the Chinese military, the People’s Liberation Army Daily, the National University of Defense Science and Technology in Changsha City, China, is conducting flight testing of autonomous drone clusters in order to implement Beijing’s military modernization strategy. The military academy is run by the People’s Liberation Army.

The Chinese regime has especially relied on big data to create more accurate technology to surveil the populace. In addition to facial recognition technology, Chinese firms have even developed “gait recognition” technology that can identify people based on how they walk.

The technology, often developed with the help of Chinese authorities, is so accurate that it has swept international competitions for imaging analysis.

Facial recognition-equipped cameras are ubiquitous in many Chinese cities: at road junctions, on the subway, in train stations, shopping malls, supermarkets, stadiums, libraries—even public toilets, where people’s faces are scanned before they use toilet paper dispensers.

Meanwhile, Chinese firm HikVision is the world’s largest manufacturer of video surveillance equipment. The company’s products are banned from U.S. government use over national-security concerns.