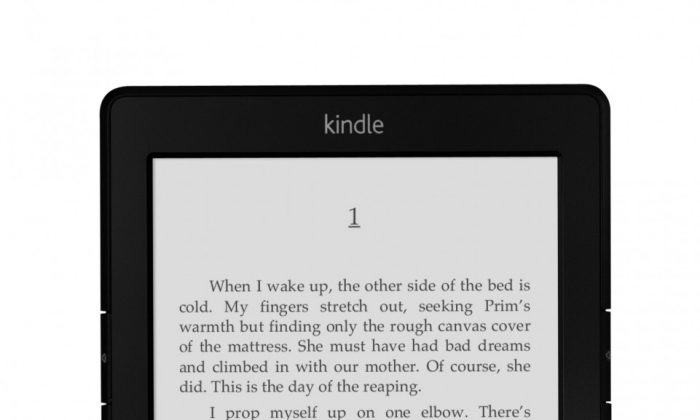 The many colors of the iPod Shuffle are shown in an Apple press image. The miniature MP3 players are great for music on the go. (Courtesy of Apple)
News

Electronics get a bad reputation for being overly expensive, and the inexpensive ones often get a bad reputation of being “cheap.” But it’s not always the case. Whether in the realm of notebooks, eReaders, tablets, or cameras, there are great products out there that are surprisingly affordable. We’ve collected some of the best of these in the list that follows.

Sometimes you just want to read a book. There are many gadgets that let you do this today, from phones to tablets and notebooks, but they all have other features built in—and thus have other distractions built in. Nothing beats a book, in my opinion, but the Amazon Kindle still has its place, and here’s why: you have access to every public domain book in existence. Feel like reading “The Odyssey,” then maybe some Sir Arthur Conan Doyle, followed by a random medieval book of poetry? It’s all there, for free, right at your fingertips. Of course you also have access to the many new titles that are only available as ebooks, and you’re also susceptible to Amazon’s cleverly built-in shop that lets you see all the fancy new novels and coaxes you to buy them on the spot with its whispersync instant-download option. Also, it has an E Ink display. It’s the closest thing to paper since paper.

Have you ever heard a record? The sound quality is wonderful. It has a warmth to it that, despite popular belief, is less true to the actual sound than some digital formats. But it is pleasant, it gives the music a more natural feel, and it also gives you access to tons of great music collections that were never transferred to digital format. But there is nothing hip about lugging around a record player… until now. I give you the Crosley Revolution Ultraportable Record Player. Resembling a cyberpunk thermos, the record player can be taken with you on the go, with its FM transmitter, headphone jack, and a USB plug that will let you record music from a record to your computer. Also, if you want to sound cool, you can tell people it’s a “turntable.”

Let’s face it. Thanks to smartphones, and even not-so-smart phones, dedicated media players—let alone MP3 players—are becoming a thing of the past. You can just plug a headset into your phone, listen to a song, then maybe watch a movie before calling up a friend to see what they’re up to. So why is the iPod Shuffle on this list? Convenience, dear fellow. Sometimes you just want to listen to music and not be interrupted by phone calls. And that’s what the iPod Shuffle does best. It’s also durable and lightweight, it charges quickly, and most of all, it’s as small as a button. Bringing it with you doesn’t feel like lugging around a second phone. No, it’s more like having an extra quarter in your pocket—a magic quarter that plays music.

When Google first announced the Chromebook in May 2011, I would have been the first to tell you the Web-dependent notebooks had little hope. It wasn’t because they were poorly made or had some serious flaw. No, it was because they were too far ahead of their time. They were the PalmPilots in the early days of the Internet—designs that were precursors to smartphones and tablets, but in an age when the Internet was too young to make them useful. I would have told you the Chromebooks were as good as gone, a failed attempt from a great idea that would likely be copied five years later by someone who would make billions. But the Chromebooks are back, and less than a years later, the world is now ready for them thanks to advances in cloud computing—an unnecessarily fluffy term that broadly describes Web-based storage and services. They start quickly, they sync your files between multiple devices, and they store nothing. If your Chromebook is lost, stolen, or captured by the prying hands of some evil regime, have no fear, for your data is safely waiting for you on the Web.

Apple’s hold on the tablet market is now breaking, thanks to affordable tablets like the Google Nexus 7 and the Amazon Kindle Fire. Now, I’ll be honest that I flip-flopped over whether to dedicate this spot to the Nexus 7 or the Kindle Fire (which goes for $159), and I chose the former for one simple reason: it’s closer to a full-fledged tablet. The Kindle Fire is great, but it’s an entertainment device geared towards watching videos, reading magazines, and browsing the Web. The Nexus 7 also does that, but it gives you more access and more options thanks to its use of Android OS—and its more than 700,000 apps and games on Google Play. The system is also more open than the Amazon Fire, so you’re more able to customize it to your needs.

I’ll let you in on a secret. The quality of the average camera made today is very high—so high even some of the inexpensive models are extremely good. Of course, there is still a gap between DSLRs and point-and-shoots, mainly with what you’re capable of doing with the focal range, but I’ll predict right now that small point-and-shoots with interchangeable lenses will change that in the next couple of years. But with that aside, there are many small, simple, and inexpensive cameras that are fantastic, and among them is the Canon PowerShot A810. This 16-megapixel camera features a lens and Canon’s DIGIC 4 Image Processor that gives clear photos and fast processing. It records 720p HD video with its own dedicated button, and it has plenty of features for taking artsy shots that you can go upload to Pinterest.