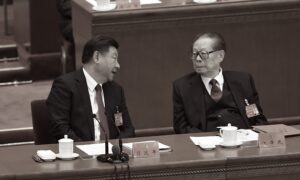 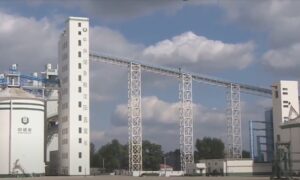 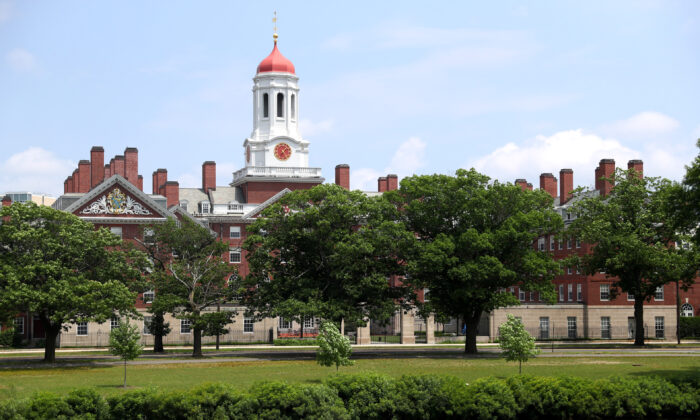 A view of the campus of Harvard University in Cambridge, Mass., on July 8, 2020. (Maddie Meyer/Getty Images)
US News

WASHINGTON—The U.S. State Department issued a letter on Aug. 18 that warns American colleges and universities about the “growing threat of authoritarian influence” of the Chinese regime on U.S. campuses.

The letter also urged the institutions to divest from Chinese stock holdings in their endowments.

“The boards of your institution’s endowment funds have a moral obligation, and perhaps even a fiduciary duty, to ensure that your institution has clean investments and clean endowment funds,” Keith Krach, undersecretary of state for economic growth, energy, and the environment, wrote in the letter addressed to the governing boards of U.S. universities.

“I urge you to divest from companies that are on the Entity List or that contribute to human rights violations.”

This year, the U.S. government added dozens of Chinese entities that have a history of human rights violations or are involved with military activities and weapons of mass destruction to an “Entity List.” These companies are banned from buying U.S. technology unless they have a license.

The college and university funds have invested billions of dollars in Chinese companies, according to a Bloomberg report.

Krach, in the letter, asked the colleges to publicly disclose “immediately” all Chinese companies that their endowment funds have invested in, especially ones that are in emerging markets index funds.

Contrary to an actively managed fund, an index fund mimics a benchmark such as the S&P 500 or the MSCI Emerging Markets. Many funds invest in Chinese stocks indirectly through emerging markets index funds. Trillions of dollars worldwide passively track such indexes.

In recent months, the White House and Congress have called for greater oversight of U.S.-listed Chinese companies, especially after the accounting scandal of Luckin Coffee, a Chinese coffeehouse chain. The shares of the company crashed and were delisted from Nasdaq after its accounting fraud was uncovered in January this year.

U.S. regulators have long complained about the inability to inspect the audit work papers of the U.S.-listed Chinese companies. To address risks posed by these firms, a working group appointed by President Donald Trump on Aug. 6 released a report with a list of recommendations.

Treasury Secretary Steven Mnuchin indicated on Aug. 10 that the U.S. Securities and Exchange Commission (SEC) would adopt the recommendations of the working group. The new rules would ensure foreign companies comply with U.S. audit standards by Jan. 1, 2022. They would face the risk of delisting from U.S. exchanges if they fail to do so.

“Consequently, the boards of U.S. university endowments would be prudent to divest from PRC firms’ stocks in the likely outcome that enhanced listing standards lead to a wholesale delisting of PRC firms from U.S. exchanges by the end of next year,” the letter said. “Holding these stocks also runs the high risks associated with PRC companies having to restate financials.”

Chinese companies such as PetroChina, Alibaba Group, and Tencent will be forced into compliance with the new standards or lose access to the world’s largest capital markets.

As part of an effort to protect U.S. investors and their retirement savings from risks posed by the Chinese companies, the U.S. Senate passed bipartisan legislation, the Holding Foreign Companies Accountable Act, by unanimous consent in May. The bill still awaits a vote in the House.

A spokesperson for the Association of Governing Boards of Universities and Colleges declined to comment to The Epoch Times, stating that the group’s policy team is still reviewing and considering the State Department letter.

The letter also urged the schools to review their relationships with Chinese-backed Confucius Institutes and to guard themselves against the Chinese regime’s efforts to steal U.S. intellectual property.