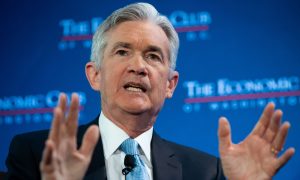 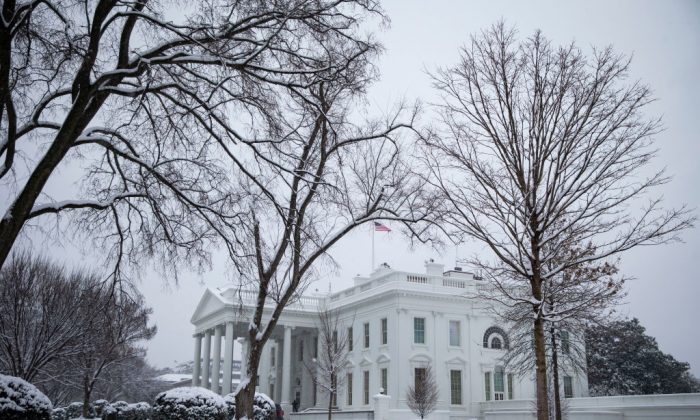 Snow falls around the White House, on January 13, 2019 in Washington, DC. President Donald Trump is holding off from a national emergency declaration to fund a border wall amidst the longest partial government shutdown in the nation's history. (Al Drago/Getty Images)
Trump Administration

White House Seeks to Make Shutdown as ‘Painless’ as Possible

WASHINGTON—The partial shutdown of the federal government that began Dec. 22 has become the longest in U.S. history, with no end in sight. However, the Trump administration is handling the challenges imposed by the shutdown differently this time.

The current shutdown has halted the operations at nine departments, including the U.S. Department of Agriculture (USDA), the Justice Department, and the Internal Revenue Service (IRS). In an effort to make the shutdown “painless,” the administration found ways to keep some crucial programs running at least for a while, including government services such as tax refunds and food stamps.

Despite the shutdown, this year’s tax filing season will kick off on time and the nation’s tax collection agency will start issuing tax refunds Jan. 28.

The IRS announced last week that it would recall more than 46,000 workers—about 57 percent of its workforce—furloughed by the shutdown to process annual tax returns and refunds. The employees returning to work won’t be paid until government agencies reopen.

According to media reports, it was Russell Vought, the new acting director of the Office of Management and Budget (OMB) who led the efforts to find ways to work around the appropriations lapse.

Vought joined the OMB last year and became the acting director on Jan. 3 after Trump appointed Director Mick Mulvaney as the White House chief of staff. And now, he’s playing a key role during the shutdown.

“Our mission from the President has been to make this shutdown as painless as possible, consistent with the law,” Vought said during a Jan. 7 press briefing.

“So we have built on past efforts within this administration not to have the shutdown be used to weaponize against the American people.”

Vought also said that there were things they had to fix from the past administration.

In 2011, under the Obama administration, the OMB directed the tax agency not to pay refunds during a shutdown. However, at Treasury’s request OMB studied the relevant law and “concluded that IRS may pay tax refund during a lapse,” said an IRS statement.

The decision to allow the tax agency to pay tax refunds during the shutdown is illegal and driven by a political agenda, according to some Democrats and legal experts. They argue that it would violate the Anti-Deficiency Act, which prevents federal employees from spending money in excess of the amount available in the appropriation.

Millions of Americans face the risk of losing benefits as the funding of the USDA expired in December. The OMB, however, was able to come up with a solution for the funding of food stamps, formally known as the Supplemental Nutrition Assistance Program (SNAP). It took advantage of language in the most recent short-term funding bill that expired. The bill allows the program to maintain regular operations through the end of February.

“This is the result of the Food and Nutrition Act’s unique funding provisions, which impose a legal obligation on USDA to continue providing SNAP benefits unless Congress enacts reductions,” David Super, a Georgetown University law professor, said in a paper.

The federal government partially shut down after Congress failed to pass legislation to temporarily extend funding. The shutdown stretched into its fourth week after congressional Democrats and President Donald Trump failed to reach an agreement over funding for a border wall.

The White House is demanding $5.7 billion dollars in border-wall funding, which amounts to almost 0.1 percent of total federal spending.

The president has threatened to invoke his emergency powers to gain access to federal funds needed for the border wall. But it’s still not clear when exactly he might declare a national emergency.

U.S. stocks so far have been immune to the government shutdown. Major stock indexes have been on the rise since the shutdown began.

The S&P 500 index is up by 14 percent since Dec. 24, the first trading day during the shutdown. The blue-chip Dow Jones Industrial Average has also risen 13 percent during the same period.

“Past shutdowns have largely been a non-event for the U.S. economy and stocks. Business and consumer confidence indicators usually decline and government spending drops during a shutdown, but any losses have typically been recouped quickly,” John Lynch, research chief investment strategist at LPL Financial, said in a blog post.

The fact that stocks are rising makes the current shutdown unusual, since the S&P 500 typically falls during a shutdown. On average, the index dropped by 0.4 percent in previous shutdowns, according to LPL.