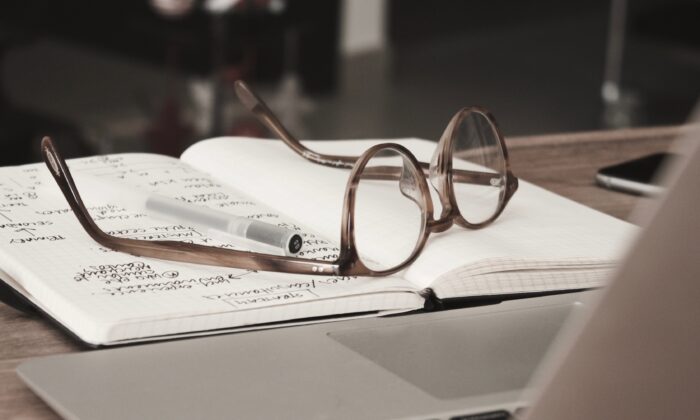 The Adjunct’s Anger and False Politics

One of the worst ills besetting American society today is the rising number of well-educated people who can’t find jobs suited to their learning. They did the right things but can’t find the right post. We know that the American meritocracy runs on smarts, hard work, and accreditation. In this case, however, they did work hard, they showed they had the smarts, got a bachelor’s degree, plus an advanced degree, from a Tier One institution, and now they’re stuck in low-paying, low-status jobs with no security. How does that happen?

It’s not an uncommon fate. The “overproduction of elites” phenomenon has been noticed for a few years now, and the trend doesn’t seem to be slowing. I remember hearing about it first a decade ago when law schools started to be criticized for admitting and graduating many, many more lawyers than the field needed and the society could absorb. In my own area of the academic humanities, however, though it hadn’t been formulated in “elites” terms, the overproduction had been happening for decades before that.

It began back in the 1970s when the hiring spree of the 1960s and early-’70s (which was prompted by the explosion of the undergraduate population) started to taper off. Schools had employed enough new professors by then to handle the classes, and so the rate of hiring slowed. But something else didn’t slow: the pipeline, the training of professors, and admissions to graduate programs. Humanities departments across the nation with only one or two openings for assistant professors each year were still producing a dozen or more doctorates. Each one of those fresh scholar-teachers, 30 years old and having every reason to expect a bright future, thought a plum post like that of their graduate advisers would follow.

The just-crowned professionals were, indeed, sharp and skilled, diligent and ambitious. They had completed years of seminar work and written a 250-page thesis, logging long hours in the library and at the typewriter, losing their twenties to the prospect of a satisfying professional career for the rest of their lives. And yet, when they scrutinized the job list put out by professional organizations such as the Modern Language Association that advertise openings, they came across slim pickings in their fields of expertise (mine, for instance, was 19th-century American literature, and I’m sure that there were 10 applicants just as capable as I was or better when I got a spot in 1989). They sent out their job applications as widely as they could, and in most cases didn’t even manage to land an interview.

What could they do? Well, try again next year, and in the meantime pick up a course or two each semester as an adjunct teacher, a temporary fill-in for freshman composition of French 1 at their own or at nearby institutions. The assignments didn’t pay much, around $3,000 per course (which worked out to less than minimum wage), but it kept our young aspirant in the academic scene doing what she was trained to do. She had to stay “collegial” if she wanted to look good during the coming year’s round of hiring.

But when the next year came along, the same thing happened, and the year after that as well. The job outlook didn’t get better—it got worse. Schools found that hiring adjuncts to teach basic classes saved them a lot of money. They didn’t have to provide benefits, and no long-term commitment to the employee (no tenure, and no guarantees of reappointment from term to term). The farther time passed beyond the year she earned her doctorate, the less attractive our adjunct looked as a potential regular colleague. She was then 35 years old and stuck. She wanted to settle down, she couldn’t go through that annual disappointment anymore, and her memories of hope and advancement that propelled her through the last years of graduate study had faded.

But she couldn’t go anywhere else, not with so many years devoted to preparing for a faculty post. She had to keep going in this dispiriting round of basic teaching for pittance money to freshmen who, in most cases, didn’t much care what she had to say. She was now one of a crowd of part-time workers, unacknowledged and without security, academic types who live on the fringe. They know they’re good, that they belong in the elite, they’ve proved it, and now they have no status and less money than a welder.

This is not a temporary misery. They undergo it every time they travel to campus, slide into their offices (usually shared with others), and realize acutely that which has eluded them. The privileged ones, the professors who did get the jobs, have offices two stories below, where they enjoy the comforts of tenure and advanced courses to teach. Those lucky few travel to conferences and deliver papers at the university’s expense. They spend summers traveling, knowing they have a guaranteed paycheck until retirement, which may not come until age 72. They don’t have to teach the nuts and bolts of basic instruction in reading and writing. They might have teaching assistants who do most of the grading. They pass our adjunct in the hall with barely a nod.

Meanwhile, our adjunct carries on at the bottom of the ladder. For all its egalitarian talk, the university is one of the most hierarchical spaces on earth. Presidents, provosts, deans, assistant deans, department chairs, full professors, associate professors, assistant professors, lecturers … and adjuncts whose names don’t register with any higher-ups. It’s humiliating. Our adjunct wanted to join that hierarchy and start climbing. She believed in this exquisitely rank-filled habitat. She looked down on uneducated Americans with just as much condescension as her distinguished grad school professors did. Now, she has to realize that she shares the un-elite condition no matter how much time she spends in elite spaces. She’s nothing to them. At least the mechanics and plumbers make decent pay.

Her situation is a political strain, too. She was a Barack Obama Democrat, the same as all the others on campus. Obama represented the opposite of uneducated, White America. To have supported him was to show one’s superiority. Politics was a social marker, an easy way to tick off a qualification for membership in the elite club. And to despise Donald Trump with all one’s heart was to do the same. The emotion that piled up against him, the indignation and sputtering, eased the denigration our adjunct suffered daily. She scrambled at the bottom of the academic pile, but here, at least, when it came to national politics, she could join them on an equal footing and “Resist!”

The years have continued, though, advancement hasn’t happened, she’s still bouncing from one part-time gig to another, and Joe Biden doesn’t excite such passions. There is no future for her, and politics will not cure that comedown of middle-age failure. She’ll always vote Democrat, though, she has to. The system that has betrayed her is 99 percent controlled by Democrats, but the reality doesn’t penetrate. To take a red pill and disengage from the Party would be to lose the last link she has to the elite. It would mean admitting a grave error that has ruined her life, the vision that never came true and should have been abandoned years earlier. The dream of joining the elite was too strong for too long. It holds until the end. Bitterness will grow, but outlets for it won’t. I don’t know what she’ll be like when she’s 63.