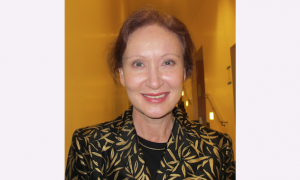 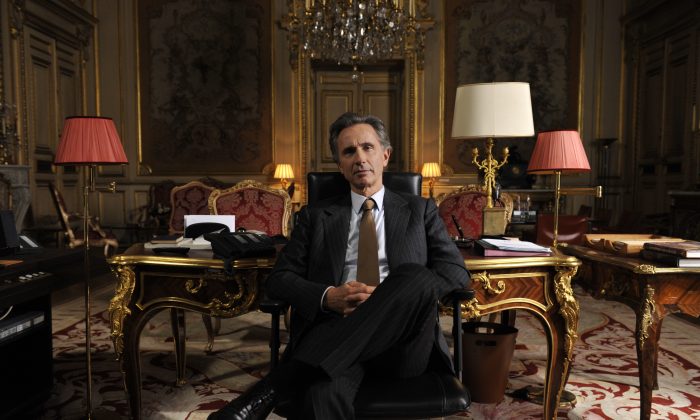 NEW YORK—Lightning-fast scenes, quick-witted retorts, and snarky political commentary. This is how the Ministry of Foreign Affairs in France is portrayed in the film “The French Minister,” an adaptation of a popular illustrated novel about the Quai d’Orsay.

The novel, by Antonin Baudry—who serves as France’s cultural counselor in the United States—and illustrator Christophe Blain, examines the very real and naturally comedic life of the ministry’s staff and delegates.

The ministry is located in the dreary Quai d’Orsay, along a foggy corridor by Paris’s river Seine. It’s an Internet-free palace with low-ceilinged, upper-floor offices and gilded double doors that the minister power-walks through like a bullet.

In the film, France’s minister of foreign affairs, Alexandre Taillard de Worms (played by Thierry Lhermitte), is a brash, powerful, volatile persona who magically appears in scenes and disappears just as fast. His tall, athletic frame is overshadowed only by his ego.

The scene is set ahead of the minister’s 2003 speech at the United Nations Security Council, where he slams France’s involvement in the Iraq War. The minister, who barely acknowledges the intellect of his staff, must entrust them with this challenge.

While learning the intricacies of diplomacy, Vlaminck gets to see the absurd work ethic at the ministry.

Vlaminck works in a cramped space, day and night, presenting different versions of the speech, only to have the minister flip through the pages and immediately dismiss them, claiming that they lack the holy trinity of diplomacy: legitimacy, clarity, and efficacy.

The Green Light
It’s hard to imagine that the actual former foreign affairs minister de Worms is based on, Dominique de Villepin, who spent his days negotiating with “American neo-cons,” “corrupt Russians” and “money-grabbing Chinese,” would approve of his portrayal.

But director Tavernier, who sat down with author Antonin Baudry to discuss the film at a midtown Manhattan office on March 13, said that the minister not only laughed but also wanted more.

“What he doesn’t like is when someone portrays him as passive,” said Baudry.

Tavernier said that de Villepin enjoyed being portrayed as someone who enters rooms leaving papers flying, yells at his secretary for using the wrong highlighters, and quotes the Greek philosopher Heraclitus.

In fact, de Villepin told Tavernier that the filmmakers were a little too kind and should have gone further with the humor. He joked that he wants to send the filmmakers additional scenes for the movie.

“The French Minister” is Tavernier’s first real comedy, having established himself as a seasoned director of period pieces. Tavernier turned this film over to the actors.

The film’s climax is of course the minister’s impassioned speech at the United Nations Security Council.

It’s gratifying to see the young Vlaminck seated behind the minister, legs crossed, biting his nails. Even a single speech comes down to the whole team working together—a perfect analogy to the making of a film.

“I believe, always, that a man alone can’t do anything,” Tavernier said.

The film premiered in New York at Lincoln Center’s Walter Reade Theater on March 16 and will show at the IFC theaters and on demand from March 21.