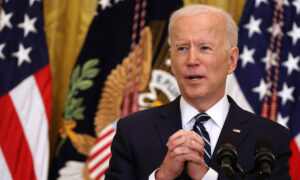 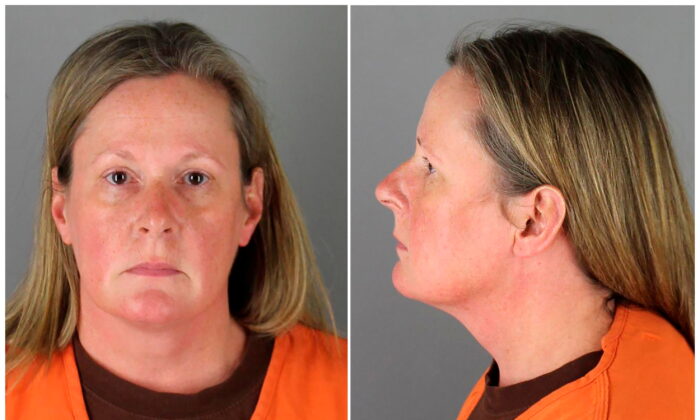 The Abolition of Doubt

If you were surprised by the firing of Curt Boganey, the city manager of Brooklyn Center, Minnesota, merely for saying that the police officer who shot a wanted criminal was entitled to due process, you haven’t been paying attention.

Kim Potter, the officer in question, says she thought she had reached for her Taser rather than her pistol (she even shouted “Taser!”) when Daunte Wright, 20, wanted on a weapons charges, attempted to flee from a traffic stop. Wright, a black man, was killed in the incident.

Maybe it was, as she claims, an accident, and maybe it wasn’t. It sounds like an accident to me, but I admit there must be some doubt. It would once, therefore, have been a matter of course to say that a fair trial should decide the truth of the matter.

Now that Potter, who has since resigned, has been charged with second-degree manslaughter in the incident, she will presumably receive a trial, but it won’t be a fair one.

Mike Elliott, the mayor of Brooklyn Center who fired Boganey for not prejudging her as guilty, has in effect done so himself.

It’s not, you understand, that he has prejudiced any potential jury by doing so. It’s that his own premature guilty verdict and that of any conceivable Minnesota jury have a common determinant—which is the rioters who took to the streets of Brooklyn Center and other cities in response to the shooting and who, as we already know, have no interest in due process.

No more do those who are now awaiting the verdict in the Derek Chauvin trial in nearby Minneapolis and who make no secret of their intention to resume civil violence and attacks on the police there if the verdict goes the wrong way.

The problem with due process is precisely that it offers no guarantees against going the wrong way. It might find that the shooting really was an accident, and that wouldn’t be consistent with the truth as the rioters understand it. Their truth.

And riots or the threat of riots are the means by which they make their truth the only truth that matters, either to Elliott or to potential jury members, who know that they will be made to pay a price if they take a different view from that of the mob.

As a Brooklyn Center Council member cited by the Minneapolis Star-Tribune put it, “she voted to fire Boganey out of fear of potential reprisals from protestors if she did not.”

So one denial of due process under threat of violence begets another.

The race hustlers in the Democratic party and the media, speaking for the riotous mob, already know that Ms. Potter is guilty.

At least Elliott, a black man himself and an immigrant from Liberia, implicitly admitted that the shooting might have been an accident.

“My position,” he said, “is that we cannot afford to make mistakes that lead to the loss of life of other people in our profession.”

In other words, there isn’t any real difference between his view and that of Tlaib, since to him it doesn’t matter if the shooting was a mistake or not. She’s guilty anyway—because the rioters and their apologists in the media say so. The legal principle of the “mens rea,” or knowledge of wrongdoing, no longer applies in Minnesota.

And the quotation marks around “mistakes” say it all. Don’t you know, comrade, that there are no mistakes.

It’s just one more way in which the dominant ideology of our times—which in cases like these is called “anti-racism” but which goes under many names and is essentially nothing more than an adaptation of Marxist–Leninism to 21st-century identity politics—seeks to outlaw doubt and uncertainty along with the intellectual humility which, among non-ideologues, must always acknowledge their possibility.

But that, after all, is what ideology does, and it’s why those are wrong who say that the defense has only to plant a reasonable doubt in the mind of the Chauvin jury to gain an acquittal.

No, no, no. They don’t get it. The mob lingers in the streets today for no other reason than to signify that there is no possibility of doubt, reasonable or unreasonable. Not in anti-racist land.

The mob knows the truth—their truth—already, and you must know what to expect if you don’t acknowledge it as truth yourself.

Some people laughed at Chelsea Handler when she wrote in a tweet: “So pathetic that there is a trial to prove that Derek Chauvin killed George Floyd when there is video of him doing so.” I laughed at her myself.

Doubt, like mistakes, is not allowed in the world of the ideologues who are slowly taking over our justice system, as they have already taken over the media and the Democratic Party. At least not any doubt or mistakes that might benefit their ideological enemies—who, as Tlaib reminds us, include the police.

Like her, or Handler or Elliott, the ideologues know the truth already, without any need for such legal niceties as the rules of evidence or “mens rea”—because their ideology has got it all figured out in advance and has assured them they are on “the right side of history.”

Both Potter and Chauvin are doomed, I’m afraid—or the mob will know the reason why not.