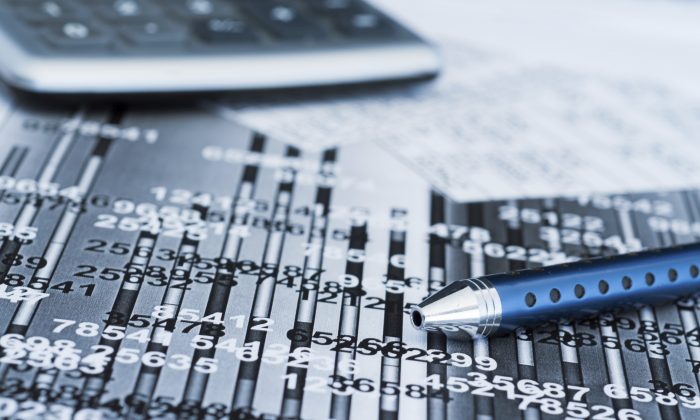 The 22 Million Digit Number … and the Amazing Maths Behind Primes

It is a quite extraordinary figure. Dr Curtis Cooper from the University of Central Missouri has found the largest-known prime number—written (274207281)-1. It is around 22m digits long and, if printed in full, would take you days to read. Its discovery comes thanks to a collaborative project of volunteers who use freely available software called GIMPS (Great Internet Mersenne Prime Search) to search for primes.

Numbers appear everywhere in our lives—and good and bad superstitions have developed out of them. Remarkably, most of these superstitious numbers are prime. The superstition that 13 is unlucky results in some hotels and office buildings not having rooms or floors labelled 13. And we all fear Friday 13th, especially sufferers of paraskevidekatriaphobia.

The most popular explanation for 13 being unlucky is that at the last supper there was Jesus and the Twelve Apostles, with the 13th guest being Judas Iscariot who went on to betray Jesus.

The number 3 also has religious significance and references to it can be found not only in the Holy Trinity of Father, Son and Holy Ghost, but also the Three Wise Men and in the architectural structures of churches. There is also a superstitious fear of walking under a ladder, which seems to have its origins in the number 3. Propped against a wall, a ladder forms the longest side of a triangle, with the ground and the wall forming the other two sides. A person passing under the ladder is symbolically breaking the Trinity and thus brings bad luck on themselves.

Mathematicians have been searching for patterns in prime numbers for more than 3,000 years and have made only a small amount of progress, believing that there are still many patterns to find. This recent discovery continues that pursuit of understanding.

But why? Well, you could be doing it for money. The Clay Mathematics Institute is offering a million dollars to anyone who can solve the “Riemann problem.” This is a complex mathematics puzzle that emerged from the attempts by mathematicians to understand the intricacies of prime numbers. And so finding larger primes, some believe, may help in this quest.

Or maybe you are just looking for “the truth,” something mathematicians have been doing for a very long time. Eratosthenes was a Greek mathematician who was working at the library in Alexandra around 200BC when he discovered the first method of listing primes.

He was very keen on all types of learning (his nickname was Philogus, or “the one who loves learning”). He called his method “the sieve,” as primes just fall out when you apply it—and it offers a flavor of prime searching.

First—and this begins to get technical—note that if a number is a composite, such as n=ab, then a and b cannot both exceed √n. For example, with the composite “21”—21=3×7—only 7 is bigger than √21 = 4.58. Therefore, he determined that any composite integer n is divisible by a prime p that does not exceed √n.

It follows from this that to test for primes it is only necessary to divide a number by numbers less than or equal to its square root. To find primes from 2 to 30, then, we need only use the fact that √30 is less than 7, and work with the primes 2, 3 and 5.

In 1956, psychologist George A Miller published a paper in The Psychological Review called The Magical Number Seven, Plus or Minus Two. In the paper, he talks about the prime number 7 “following him around.” Religion, for example, is filled with sevens, from the Seven Deadly Sins to the Seven Sacraments. And salesman believe in the “rule of seven,” which suggests people need to hear a marketing message seven times before they take action. Miller, however, claims that this is more than just coincidence.

Our immediate memory has been shown to perform well when remembering up to, but no more than, seven things. We can distinguish and make a judgment about seven different categories. Our span of attention will also remember around seven different objects at a glance. Miller also looked into other areas of how we record and store information and found to his surprise that seven appeared over and over. In conclusion, Miller makes no claim that this is something deep and profound, but says maybe, just maybe, seven could be more special than we had imagined and needs a closer look.

Steve Humble MBE is a researcher in international development and education, and head of PGCE maths teacher training for primary and secondary education at Newcastle University in the U.K. This article was originally published on The Conversation.