The 2018 Midterms: The Real Reason It’s Not Just the Economy Anymore 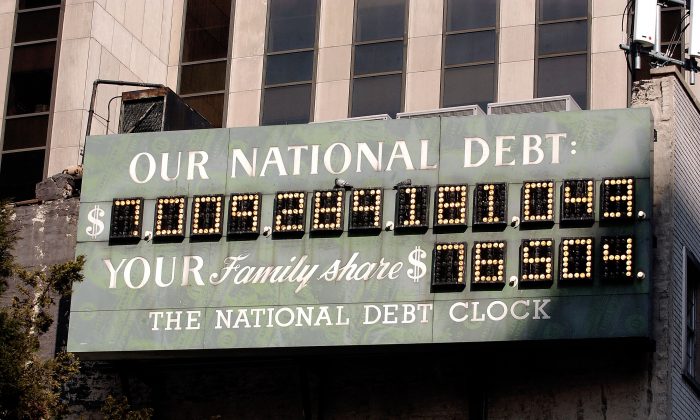 The U.S. economy is doing quite well. Yet Republicans didn’t fare as well in the midterm elections as they thought the economy would afford them.

Democratic Party consultant James Carville famously said “the economy, stupid,” in reference to what drives voter concerns. It was 1992 when he said that and the slowing of the economy because of the Bush 41 tax increases was an election-year issue.

Not long after Carville’s statement, U.S. politics took a divisive turn that grips the nation to this day. Bill Clinton became president in 1992. His subsequent broken-promised tax increase galvanized congressional Republicans in total opposition. At the same time, the Clintons were pushing HillaryCare, a huge expansion of government that many believed would amount to a government takeover of health care. The prospects of HillaryCare added to the growing political divide.

Not long after those developments, in the 1994 midterms, the Democrats lost 54 seats in the House of Representatives and, for the first time in 38 years, Republicans took control of the House. Although Clinton was reelected, he didn’t receive a majority of the popular vote. The growing intensity of our political divisions was cemented when impeachment proceedings began during Clinton’s second term, just as the internet and cable television’s popularity began to take off.

The Clinton presidency amplified the stakes of U.S. politics. We fought over the proper role and size of government and bitterly over the very control of it all—and, in politics, always and everywhere, the higher the stakes, the greater the division.

The Clinton presidency was the start of the Divided Era of American history—a period characterized as much by lasting political differences as by shared cultural values—a period with nearly equal numbers on opposing sides of most political issues. Today, division abounds between the parties, between red and blue states and counties, between Congress and the presidency, among the media and the citizenry as a whole.

It is so very important to note that the 1993 federal budget was a quaint $1.41 trillion dollars. The 2019 federal budget will likely exceed $4.4 trillion. In other words, even accounting for inflation, the federal government is three times larger now than the beginning of the Clinton presidency and The Divided Era.

Those $6 trillion dollars in yearly government expenditures set off a massive competition among Americans (and foreigners) to get that money. It also set off a similar competition, decided every two years by elections, to be the party that has the enormous power of giving out that money and determining the level of regulations.

It’s a law of history and so with us, that as government expenditures grow, government power grows. It’s also true that that competition for spoils and the power to hand them out grows right along with them.

That is why, in great part, with each succeeding election, new records are set for election-cycle spending. The 2018 midterms set the record for midterm expenditures, as the 2016 election set it for presidential elections. You can be sure a new record amount will be spent in 2020.

As those stakes continue to increase, you can be sure our divisions will, as well. Indeed, the more government decides, the more government divides. That is the basis for understanding, in significant part, as to why a very good economy didn’t give Republicans the boost they expected in the midterms.

Yes, there were other factors within this cycle at play. The Democrats were more motivated, harvested absentee ballots, had a large fundraising advantage, a more-than-helpful media, and history on their side. Remember that the president’s party has lost seats in every first-term midterm except one dating back to Eisenhower.

The Largest Industry in America

All of that still doesn’t tell the whole story.

In the past, a rising economy tended to reduce division and benefited the incumbent party. Although it still does, it doesn’t benefit the Republican Party as much as it did in the past because so many Democrat politicians, donors, and voters aren’t nearly as invested in the private economy as they were in the past.

At 50+ percent of the economy, government is by far the largest industry in America. So it should be no surprise that the economy that matters for those Democrats politicians, donors and voters, literally, is the government. The same holds true for many of those who get part of those $6 trillion in spoils.

Government is the preferred source for so many Democrat politicians, donors, and voters for health care, environmental activism, education, pensions, union benefits, and jobs. It’s also their No. 1 power source for affecting social change, such as legalizing gay marriage, and that’s why Democrats fight so bitterly over Supreme Court nominees. Those are the issues that matter most to them and far outweigh the unemployment rate or arguments about the value of freedom.

Overall, gaining and losing control of the government means far more to the Democrats than it does to Republicans. As the power of government grows, that motivation to control government for those Democratic politicians, donors, and their voters will continue to grow as well. Almost proportionally, along with that increase, their concerns regarding the private-sector economy will decrease.

So, in this Divided Era, Republicans need to understand that our elections are about far more than the private-sector economy. Economic growth alone won’t carry them to political victories. That isn’t to say they should adopt the agenda of the left. And there are actually certain Democratic issues that are beyond Republicans’ ability to attract voters.

To remain competitive politically, however, Republicans must start solving the problems that Democrats want government to address, such as health care.

Thomas Del Beccaro
contributor
Thomas Del Beccaro is an acclaimed author, speaker, former chairman of the California Republican Party, and Fox News, Fox Business, and Epoch Times opinion writer. He is author of the historical perspectives “The Divided Era” and “The New Conservative Paradigm” and is publisher of PoliticalVanguard.com, where he publishes daily commentaries.