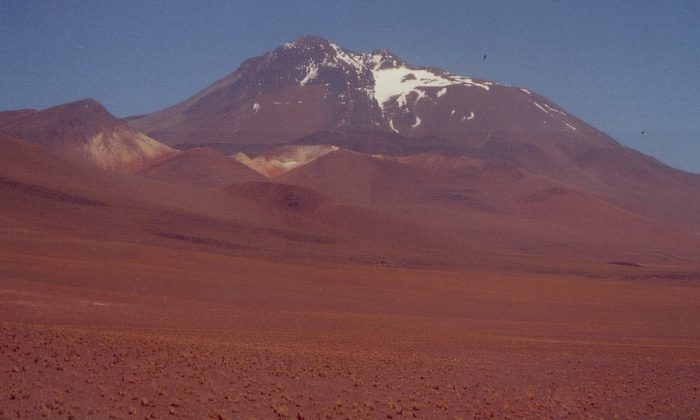 The 15-Year-Old Inca Mummy Girl From 500 Years Ago

The so-called mummy of a 15-year-old Incan girl sacrificed 500 years ago has a few secrets.

The girl was discovered in 1999 on the Argentinian volcano Llullaillaco, which is about 22,000 feet tall. The girl, referred to as the Llullaillaco Maiden, and her younger companions Llullaillaco Boy and Lightning Girl were likely given drugs, which played a role in their deaths.

After they were sacrificed, the freezing mountain temperatures and other factors naturally preserved their bodies, scientists have said.

The Incas would sacrifice children of this age as offerings to their gods. The ceremonies were referred to as capacocha, and they followed a major event—such as the death of a ruler or a famine.

“The Incas didn’t do this very often,” Johan Reinhard, a U.S. archaeologist told MailOnline. “The sacrifices were children because they were considered to be the most pure.”

When the team found the mummies, “The doctors have been shaking their heads and saying they sure don’t look 500 years old, but as if they’d died a few weeks ago,” he added.

“And a chill went down my spine the first time I saw her hands because they look like those of a person who is alive,” he said.

Scientists have discovered the girl was suffering from a disease similar to tuberculosis. They are hoping that samples taken from her body might help in finding a cure for some modern diseases.

“Pathogen detection in ancient tissues isn’t new, but until now it’s been impossible to say whether the infectious agent was latent or active,” said Angelique Corthals of the John Jay College of Criminal Justice, City University of New York.

“Our technique opens a new door to solving some of history’s biggest mysteries, such as the reasons why the flu of 1918 was so devastating. It will also enhance our understanding of our future’s greatest threats, such as the emergence of new infectious agents or re-emergence of known infectious diseases.”