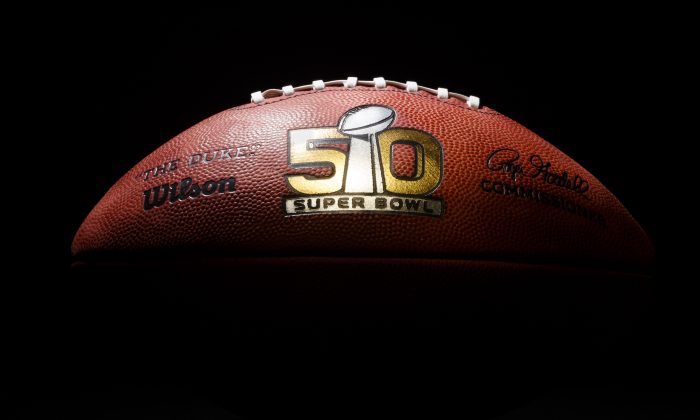 An official game ball for the NFL Super Bowl 50 football game is photographed on Jan. 26, 2016. The Wilson Sporting Goods football factory in Ada, Ohio has made the official Super Bowl football since the first Super Bowl in 1966. The company began making this year's game balls last Sunday night, Jan. 24, immediately after the conclusion of the NFC and AFC championship games. The Denver Broncos will play the Carolina Panthers in the Super Bowl on Feb. 7, in Santa Clara, Calif. (AP Photo/Rick Osentoski)
Life Moments Videos

On Sunday night, two teams clashed on the biggest stage in professional football and left it all out on the field in their quest to become the champions of Super Bowl 50. It was an epic meeting for the record books as Broncos quarterback Payton Manning sought to put the ultimate cherry on top of an illustrious career. Meanwhile Carolina QB Cam Newton looked to cap off one of the most impressive seasons of the past decade by continuing the momentum his Panthers had been building throughout the playoffs.

At least, that’s probably what happened. We’re not sure because we were too busy watching all the Super Bowl commercials.

Needless to say, the Super Bowl has become as much about advertising as it has about football. In fact, it might be the one time of the year people actually want to look at ads. And 2016 was a particularly great year for Super Bowl ads because if we’re being honest, the game itself was pretty bad.

But forget all that. The dozens of Super Bowl commercials that aired during the big game were entertaining as always, and we’ve rounded up the 10 best ones into a single post so you can watch them all in case you missed any. And as a bonus, we’ve included the single worst commercial of Super Bowl 50 as well, which you’ll find at the bottom of this post.

Here are the 10 best Super Bowl commercials of 2016 in no particular order:

T-Mobile came through in a big way with its first Super Bowl ads.

No question: the Amazon Echo made a better showing than Cam Newton at Super Bowl 50.

Another winner from T-Mobile

Marmot: Love the Outside

A great one from a brand that will definitely benefit from the exposure.